JACKSONVILLE, Fla. — The most pressing question left for the Ohio State roster is about to be answered by Shaun Wade.

Is the standout defensive back in for another run with the Buckeyes or out and heading to the NFL?

After a week to collect his thoughts after a first-half ejection in the Fiesta Bowl, long conversations with his family and confidants and no shortage of feedback about his draft stock, the redshirt sophomore has made up his mind. Wade is set to reveal his decision with a live conversation with Lettermen Row on Saturday afternoon, and one way or another it will have a significant impact on the makeup of the three-time defending Big Ten champions.

Wade has been penciled into numerous mock drafts during the season as a possible first-round selection thanks to his ability to play multiple positions in the secondary, his dynamic athleticism and an uncanny ability to produce turnovers for the Buckeyes. And at the same time, there’s also been whispers that it might take another season with Ohio State and the chance to line up as the primary outside cornerback for him to secure his standing as a no-brainer in the opening round of the draft. 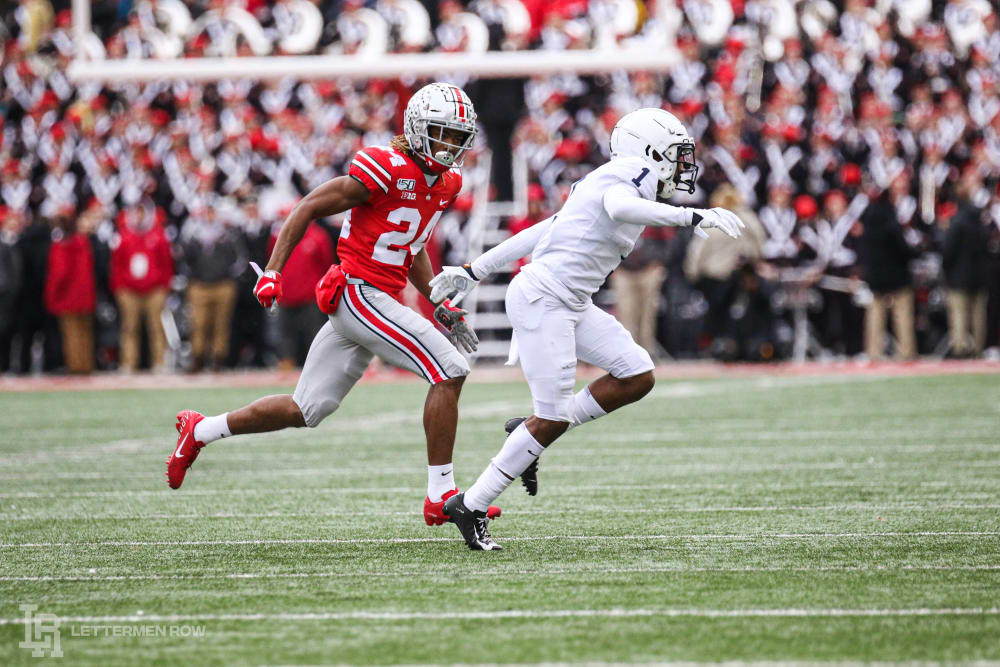 Ohio State defensive back Shaun Wade would raise the ceiling for the Buckeyes next year. (Birm/Lettermen Row)

Those factors along with coming up short of a national championship will no doubt have weighed on the mind of Wade. And if he returns, there’s no question that he would raise the ceiling for the Buckeyes by keeping them from needing to replace all four starters in the defensive backfield. If he decides to depart, Ohio State and its next secondary coach will have a massive rebuilding job on their hands — although if top candidate Kerry Coombs returns to the program, he does have previous experience reloading the unit.

Either way, an answer from Shaun Wade is on the way, and both the NFL and Ohio State are awaiting the verdict.