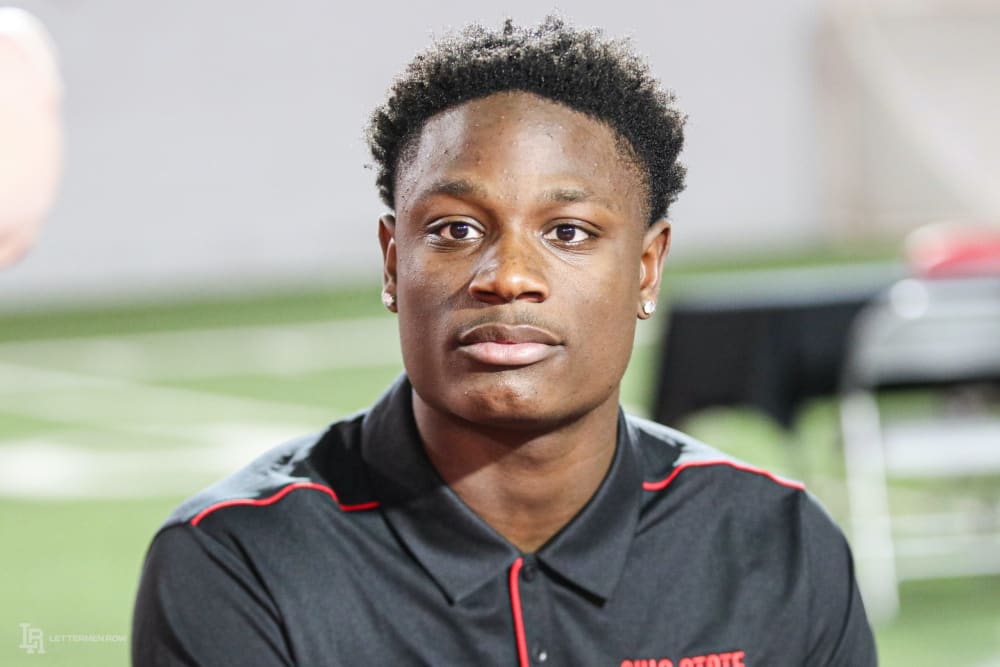 COLUMBUS — Ryan Watts committed to Ohio State in the fall.

That might seem obvious, but it’s not as clear as it sounds. Watts was recruited to the Buckeyes by Jeff Hafley, and they had formed a good relationship between coach and future star cornerback.

Hafley was in the Watts home on Dec. 10, and everything was going well just days before signing day. When Hafley left Ohio State to become the head coach at Boston College, Watts didn’t decommit or panic about the plan to sign and enroll early with the Buckeyes. He reaffirmed his pledge because Watts committed to Ohio State, not Jeff Hafley.

Now with Kerry Coombs as his official position coach to begin his career, Watts is ready to get to work.

Watts, a former Oklahoma commitment who flipped to Ohio State in October, knew what the process would be like if he decommitted again, opening his recruitment just days before putting pen to paper and signing his letter of intent. His relationship with Ryan Day, Matt Barnes and the rest of the Ohio State coaching staff was strong. 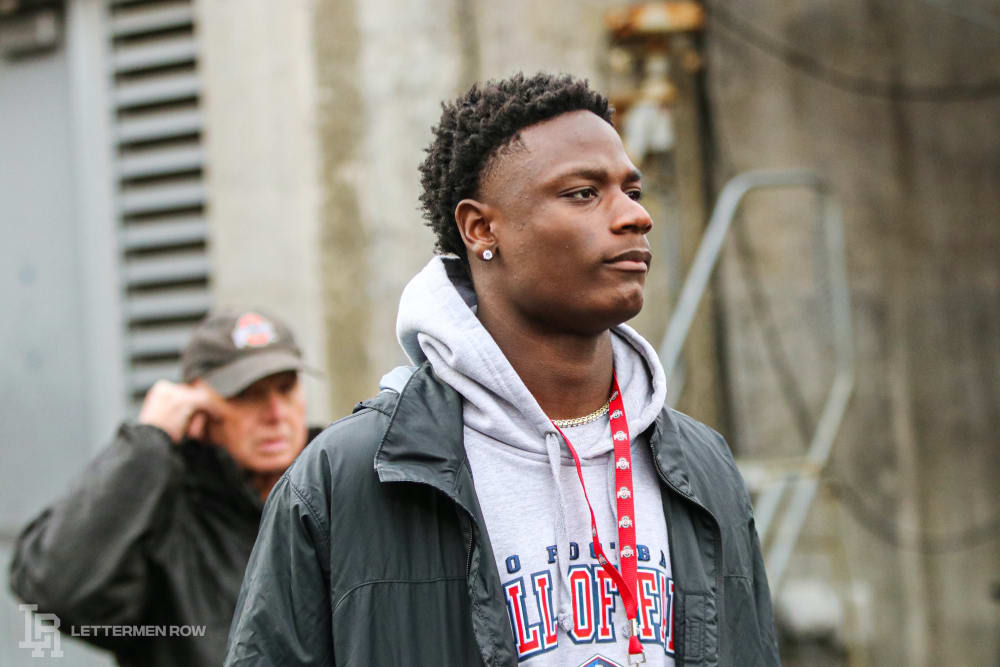 Ryan Watts was committed to Oklahoma before flipping to Ohio State. (Birm/Lettermen Row)

Now on campus and already into training for next season, the Texas native Watts loves the decision he made to not only choose to stick with the Buckeyes, but also enroll early with 13 of his classmates.

“Definitely [beneficial],” Watts said. “Because I’ve seen a couple schools that only have a couple of guys. I feel like if that was the case, it would’ve been harder on me, because now we have so many different personalities that I can lean on. So it really helps me. That’s probably another main reason I’m not homesick. I’m a friendly person. I like to have a lot of friends and be cool with everybody. So having so many people to come to and hang out with, it’s really been good.”

All 14 January additions to the roster made sure to break down why it’s important to have a big group come in together. For all of them, signing early and arriving in January was a smart thing to do. But for Watts and fellow cornerback Lejond Cavazos, it was imperative. Ohio State will be without three members of the starting secondary from a season ago.

So Watts and Cavazos have a chance to step into the program and have an instant impact in the secondary. Ohio State has returners Cameron Brown, Sevyn Banks, Shaun Wade and others. But the addition of Watts and Cavazos could bolster a secondary that will sorely miss Jeff Okudah, Damon Arnette and Jordan Fuller.

But the freshman cornerbacks don’t even pay attention to what could happen. They worry about what does happen.

“We haven’t really talked about that yet,” Watts said. “We’re just coming in and trying to get into the college life and just workouts. Every day, we just keep working, and whatever happens, happens. I’m just gonna keep pulling all my effort in, and when the time comes, I’m gonna let the coaches make that decision and just keep working.”

The lone starting veteran in the room is Wade, who has All-American potential as a shut-down cornerback. And he’s a good resource for Watts and everyone else in the secondary. But Watts has been taken under another veteran’s wing. Amir Riep has helped Watts through his first month of weight training, mat drills and everything that comes with workout out for Mickey Marotti.

“He’s been there for me,” Watts said. “Especially when I got here, he took me around, any time I needed a ride. He’d take me to my math class because he’s on the way there. That’s really my big brother. I look up to him a lot.”

No matter where Watts is getting his advice at Ohio State, he’s already showing he can work hard and become a key member of the secondary, whether that happens in seven months when the Buckeyes open with Bowling Green or three seasons from now when they open with Notre Dame.

The blueprint is there for Watts, a long cornerback cut in the mold of what Coombs likes.

“I’m just gonna come in and compete, work my hardest,” he said. “Anywhere possible I can get on the field and help the team win, I’m gonna do that – whether that’s on special teams or being on defense getting a chance to play. I’ll do anything to help my team.”

None of this would be happening if Watts had signed the original pledge to Oklahoma. When he committed, it was a verbal pledge to Ohio State, not Jeff Hafley or any specific aspect that could have been removed or changed.

He already feels pretty good about the decision.

“No disrespect to Oklahoma, but it was Ohio State,” Watts said. “That’s DBU. So I had to take the chance, especially with the depth and the opportunity to compete and play.”