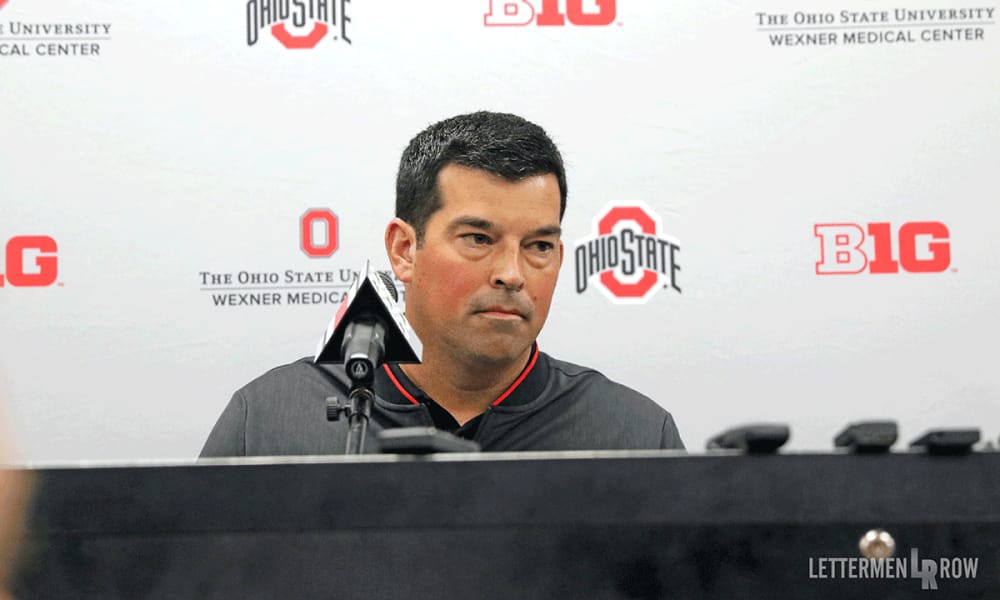 Ryan Day is getting set to lead Ohio State for the first three games of the season. (Birm/Lettermen Row)

The speculation, debate and conversations about Ohio State never end, and Lettermen Row is always ready to dive into the discussions. All week long, senior writer Austin Ward will field topics on the Buckeyes submitted by readers and break down anything that’s on the minds of the Best Damn Fans in the Land. Have a question that needs to be tackled, like the one today on Ryan Day and the offense? Send it in right here — and check back daily for the answers.

Will we see a different offense with day in charge?

There are going to be some changes coming to the Ohio State offense, but they probably don’t have all that much to do with the fact that Urban Meyer won’t be around for three games. Whether Ryan Day is acting as the head coach or not, he was always likely to have more influence heading into his second season with the program. And thanks to that big raise Meyer gave him to stick around as the offensive coordinator, the Buckeyes had already sent a clear signal that they wanted his impact on the power-spread attack to grow.

Now, that doesn’t mean the playbook has been overhauled by any stretch of the imagination. Meyer is coming back, after all, and the core philosophies of the Ohio State offense are going to be the same. The Buckeyes are going to lean on a strong ground game, they want to set up play-action passes — and, yes, the quarterback is still going to be a rusher at times even with Dwayne Haskins taking over that job. 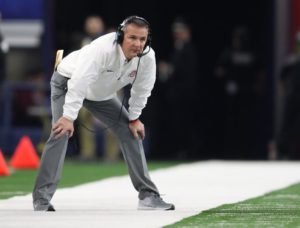 Urban Meyer will be back to take over Ohio State at practice next week. (Matthew Emmons/USA TODAY Sports)

Truthfully, the reason Ohio State should look subtly different is all about the personnel on the field, not the guys on the sideline or in the press box. That all starts with Haskins, who has an arm that should allow the Buckeyes to attack every part of the field and unlock some deep-throw potential that just hasn’t been there over the last couple of seasons. There are some concepts for the passing game across the middle of the field that Day and Kevin Wilson have brought to expand the playbook, to be sure. But having a deep receiving corps, a rocket-armed passer and the threat of two dynamic running backs is far more relevant to tweaking the offense than Day having the definitive, final word for the next few games.

It’s possible, though, that this stretch without Meyer might actually allow Day to put even more of his stamp on the play-calling than expected this season. It’s long been assumed that some of the conservative calls in big games or the occasional over-reliance on quarterback rushes was really Meyer’s call despite all the conversation about collaborative efforts from the coaching staff. Odds are, there aren’t going to be many situations to potentially tell a difference until the TCU game. But even then, it might be dangerous to use that information retroactively against Meyer and for Day — or vice versa.

The players are going to make the difference for the Buckeyes. And one way or another, Ryan Day was always going to be playing a key role in unleashing them this season.