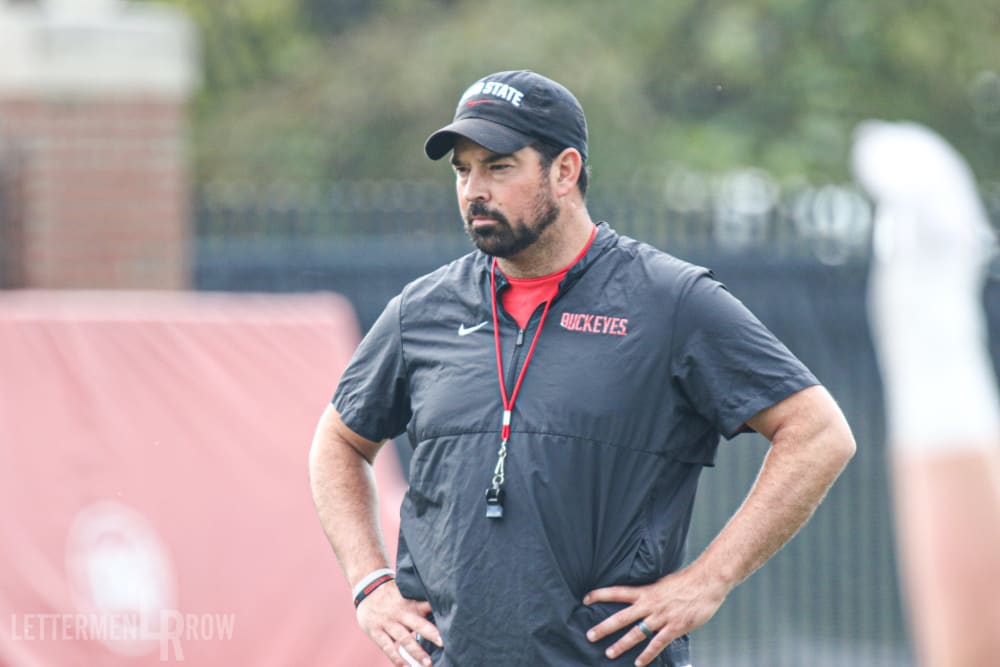 The new coach kept smiling, stayed full of energy and continued his impressive press-conference work by running through the Buckeyes roster on Wednesday after practice.

But that voice? It was a little rough.

His message still came across just fine in the team room at the Woody Hayes Athletic Center, and he’s clearly been making sure the Buckeyes aren’t having problems hearing him on the field.

After their latest workout on a lovely August morning sporting just helmets instead of full pads, Ohio State is effectively at the midway point of camp. What has Ryan Day seen from his team, what’s next for the Buckeyes and where do the key position battles stand? Here’s what Lettermen Row learned from the press conference with the raspy-voiced coach.

Justin Fields will be named the starter on Monday

Ryan Day still didn’t make it official, but his conversations about the quarterback position might as well have come with a flashing neon sign pointing at Justin Fields. By the time the Buckeyes are done with this second full week of camp, Day is prepared to make his pick, and it’s going to be the guy who was expected to win it right from the start.

Day would later detail the strides that Fields has made when it comes to protecting the football, leading the offense and delivering his passes on time. There was never much uncertainty in the first place, but that should all be officially erased at this point.

Maybe it shouldn’t come as a surprise, but the guy with the most experience in an almost completely revamped quarterbacks room is right in the thick of the competition for the backup job.

It had been widely assumed heading into camp that Kentucky transfer Gunnar Hoak would slide into the second spot on the depth chart. But Chris Chugunov was second in line for reps during the open portion of practice on Wednesday, and his knowledge of the system might be working in his favor as he duels with Hoak.

“[Chugunov] has been here awhile,” Day said. “He knows what’s going on. He actually had a chance to change his body in the offseason and he’s done a good job, done some good things. Had a sprained ankle and so he missed a couple practices, but yeah, he’s battling.

“He wants to play. He’s not here just to kind of just take up a spot. I think his leadership’s been good. He’s been throwing the ball well, and I’ve been impressed with his approach and how he came into this camp.” 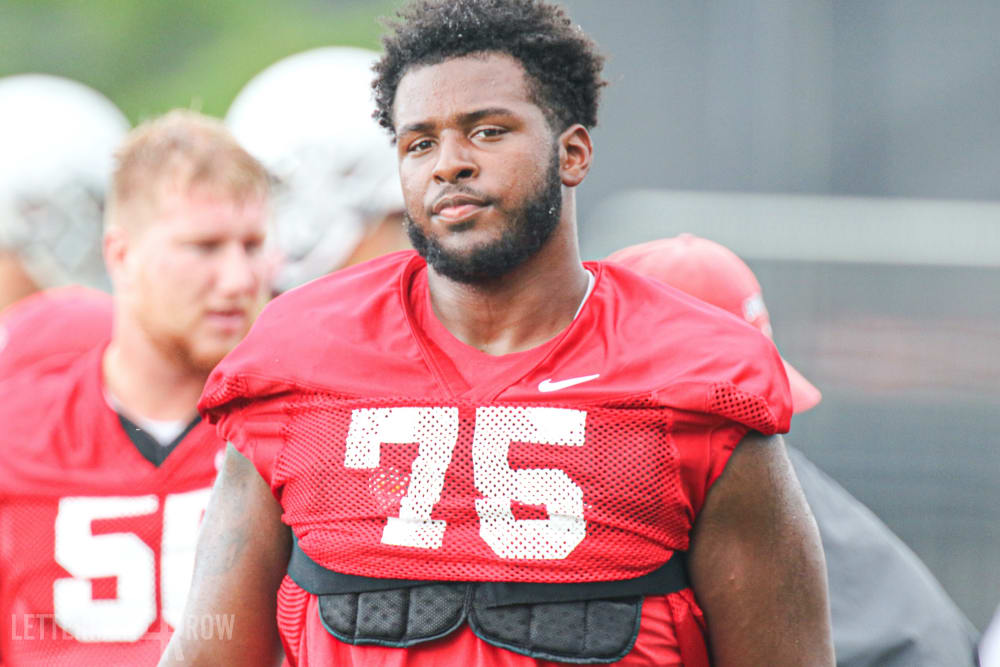 The critical starting job at left tackle still belongs to Thayer Munford, but he hasn’t been filling it on a full-time basis for much of camp. Coming off a surgery that ended his season before the Rose Bowl and kept him on the shelf for spring practice, Ohio State is taking precautions to make sure he’s not overworked during the month of August as he knocks off the rust.

That’s meant a lot of work for Joshua Alabi, who did a solid job in that bowl victory in Munford’s spot. And the steady work the senior has provided has given the Buckeyes an added layer of security just in case something goes wrong with Munford — although there isn’t an expectation of any lingering issues right now.

“Not concerned,” Day said. “[Munford] has been practicing well. He’s practicing hard. He’s got some volume control, but I think [offensive line coach Greg Studrawa] and our trainers have done an excellent job of making sure that we ease him back in but he looks strong. So far, he’s had a good camp.”

The Buckeyes are fully aware of what they have in K.J. Hill as he returns for one more season on the brink of breaking some school records. But for all of his production, Ohio State isn’t going to force him to shoulder all of the load at H-back after splitting many of those duties with Parris Campbell last year before his old teammate was drafted by Indianapolis.

Instead, Day still envisions rotating at least one other guy into the mix — and it could be two as Jaelen Gill makes his push for more playing time.

[C.J. Saunders and Gill] are both practicing really, really well,” Day said. “C.J., really good in short areas and winning one-on-on battles, and Jaelen Gill is growing. Still makes some mistakes here and there but flashes through. He’s got a bright future.

“I would prefer [reps] to be 50-50. That’s my preference. But I think K.J. is strong and he’s been here a while and played a lot of football, and I think he can handle it and if he gives us that much of an advantage over our next H, then he’ll play more. I think K.J. is pretty complete in terms of his skill-set. He can do just about everything and I think in the end it’s just going to come down to how durable will he be late in the season and can his stamina sustain throughout a game.”