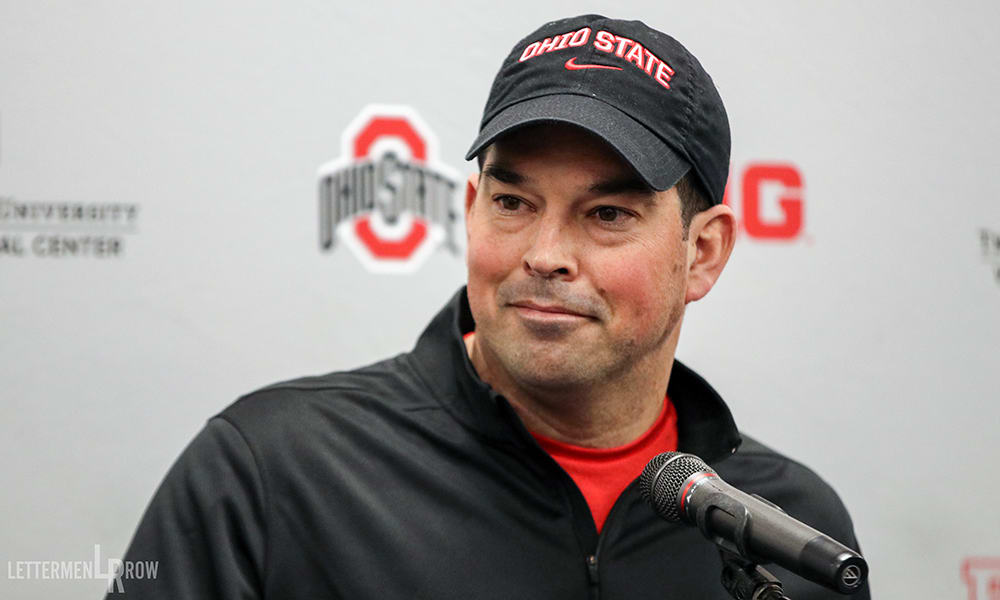 COLUMBUS — After spending 21 minutes answering questions from the media Wednesday following his first practice as the permanent head coach at Ohio State, Ryan Day snuck out of the team meeting room at the Woody Hayes Athletic Center through the side door and walked across the hall to the entryway of his office.

After allowing journalists to watch an hour of the day’s workouts, and then spending that time discussing it, Day was finally able to put aside his obligations to the media for the afternoon.

As he walked out the door, though, the near 50 members of the media who had gathered for a first look at the new look Buckeyes were following him, heading out the same door to the indoor field where a couple of Ohio State veterans were waiting for their turn in front of the camera.

Day didn’t duck into his office to avoid the rush of bodies. Instead, he reached for two boxes of Girl Scout cookies — one of Samoas, one of Thin Mints — sitting on a nearby table. He opened the Samoas, being sure to point out that they were a reminder of a recent 2019 signee from Hawaii, and ate one.

Then he stood in the doorway and offered them, nearly one-by-one, to the media as they passed by.

Entirely confident, calm and genuine, the 39-year-old handled another of his first big moments by simply doing what no other person can: Being Ryan Day. It’s his program now. Yes, there will be a lot of reminders of Urban Meyer, especially when he’s there in person like when he was watching Day’s second practice from the sidelines on Friday. But every day, the Buckeyes will take on more and more of Day’s personality, even while he’s smartly avoided trying to reinvent the wheel at Ohio State. 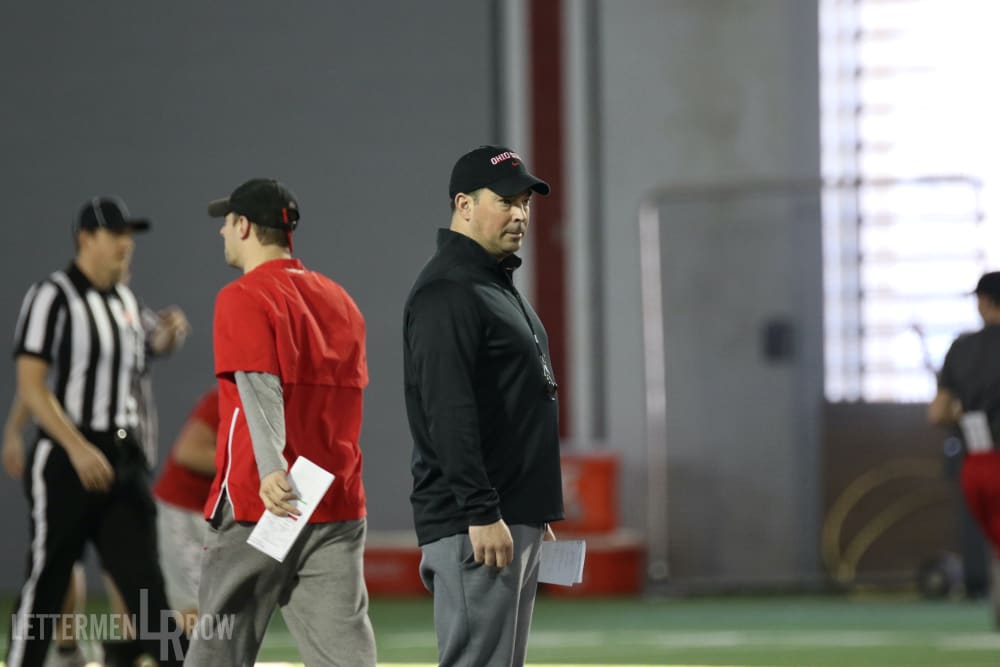 “The infrastructure and the culture is what it is,” Day said. “That’s like saying we’re going to change our inside zone scheme. It’s been good and it’s time-tested and I believe in it, so that’s going to be our culture and our infrastructure moving forward.

“But along the way there will be different changes here and there.”

Day hasn’t shied away from doing what he’s felt needed to be done to improve the Buckeyes. That was priority No. 1 when he took over following the Rose Bowl, and that meant considerable changes to a coaching staff built and handpicked by his Hall of Fame predecessor.

“Our defense is going to look different, we obviously made a change there,” he said. “[That was] not an easy decision, but that was a major deal. We had a bunch of new guys into the program. That’s major.”

It’s significant, for sure. But it’s just a small piece of the overall picture as Day’s program takes shape.

It will continue to evolve, little by little.

“Over time, those little changes add up. But for me to come in and just start making crazy changes just to say it’s mine? I’m not going to do that,” Day said. “The kids in the program came here came here for a reason. They love this culture, they love the program and they love the people around the program, and so we just keep assessing it.

Even in a program that has been at the top of college football for almost two decades, change can be a good thing.

And the occasional Girl Scout cookie is a nice bonus.