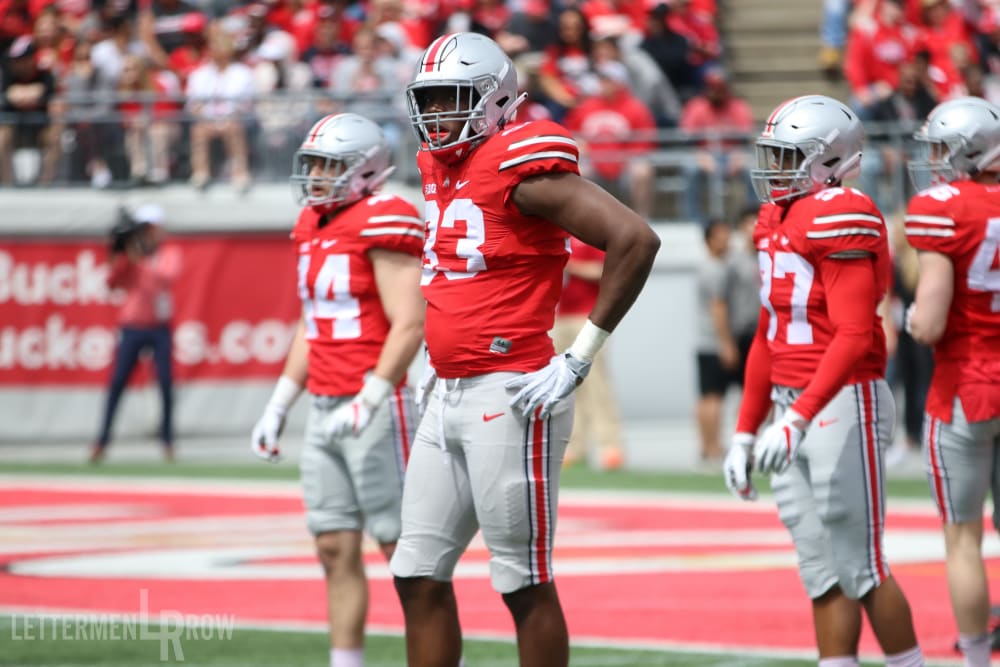 The speculation, debate and conversations about Ohio State never end, and Lettermen Row is always ready to dive into the discussions. All week long, senior writer Austin Ward will field topics about the Buckeyes submitted by readers and break down anything that’s on the minds of the Best Damn Fans in the Land. Have a question that needs to be tackled, like the one today about the future for wide receivers coach Brian Hartline? Send it in right here — and check back daily for the answers.

Will Ryan Day be more likely to play true freshmen opposed to urban who liked to RS more?

Redshirt seasons still have significant value, even for a program like Ohio State which is annually recruiting some of the most talented players in the country.

And thanks to the recent rule change that allows players to participate in four games without sacrificing that season of eligibility, the Buckeyes are getting the best of both worlds by allowing the newcomers experience and retaining options for down the road. Last year, for example, that meant 18 different true freshmen saw action for Ohio State in some capacity, which is a pretty healthy chunk of that signing class.

Were they all getting regular snaps? Certainly not. But there are a number of reasons for that, starting with the simple fact that most freshmen aren’t ready for prominent roles on a championship contender — especially when there are multiple loaded recruiting classes already ahead of them on the roster. As much as Urban Meyer may have wanted to get his guys on the field quickly, it’s a clear sign of the strength of the program that he didn’t have to do so.

Ryan Day isn’t in a situation that’s any different now given the incredible amount of talent, experience and depth the Buckeyes have returning this season. So, there’s really not much reason to expect that philosophy to change.

Some positions are almost never going to have true freshmen playing right away. There are exceptions, of course, but for the most part Ohio State is rarely going to put a first-year offensive lineman or quarterback on the field in a meaningful situation. To a lesser extent, the same is true at linebacker, defensive back and tight end. And that doesn’t mean it’s easy to get reps at wide receiver, running back or on the defensive line, either, but occasionally those units have provided more opportunities. 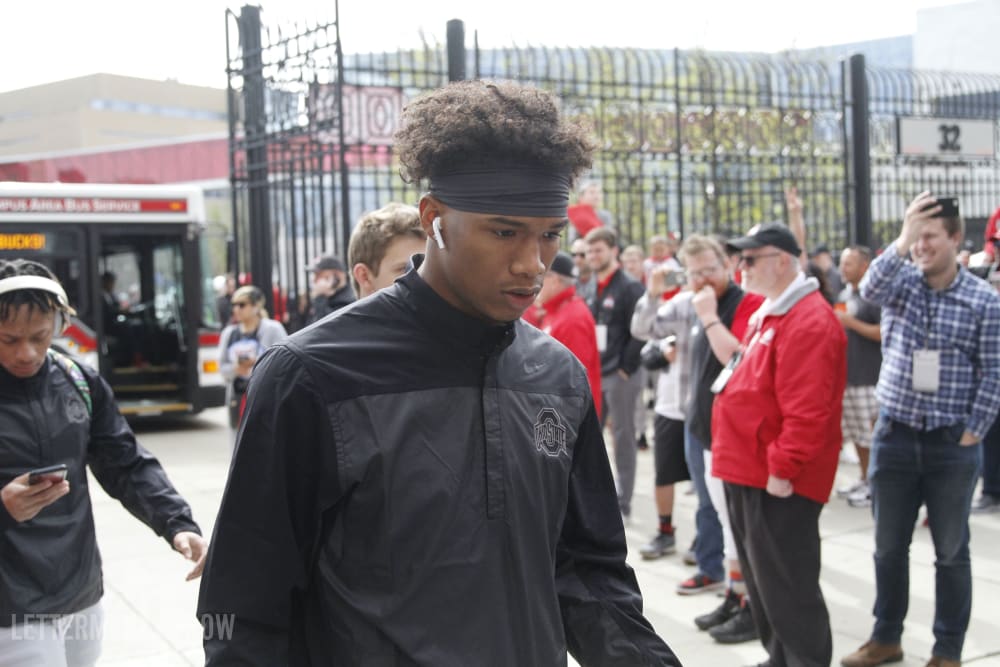 Ohio State wide receiver Garrett Wilson is a freshman who could break through with a big role. (Birm/Lettermen Row)

The argument has been made that Ohio State shouldn’t waste time redshirting players who might leave after three years in the program, and the program has seen that happen a couple times over the last few years. But that doesn’t mean Darron Lee or Malik Hooker were ready to get on the field right away. Whether they left early or not, those redshirt seasons wound up being significant in the development process for both guys. Putting them in the rotation before they were ready or ahead of more physically-mature players with more knowledge of the system might not have been as beneficial for anybody.

For all of Ohio State’s NFL Draft success recently, though, it’s still a relatively small number of guys who have the kind of ability and productivity to leave multiple years of eligibility on the table. And the Buckeyes have actually been quite successful with a handful of fifth-year seniors sticking around and playing key roles, including just last year with the vaunted wide-receiver trio of Parris Campbell, Johnnie Dixon and Terry McLaurin. Certainly the Ohio State offense would have looked a lot different without those guys embracing the plan and seeing it through to the finish.

So, there’s really not a tremendous incentive for Ryan Day to change the approach with the program. If a true freshman is clearly better than what Ohio State already has on hand, there’s no question at all that he’ll get playing time. The Buckeyes aren’t going to redshirt just for the sake of doing it.

But the Buckeyes also have a bunch of guys who were just as touted as recruits who are now a year or two older, stronger and more familiar with the responsibilities required to win championships. If Ohio State is going to keep claiming them, it’s the veterans who will lead the way.

The rule change will help newcomers get a couple more snaps along the way than in the past. Redshirts, though, will remain a useful tool for Ohio State.