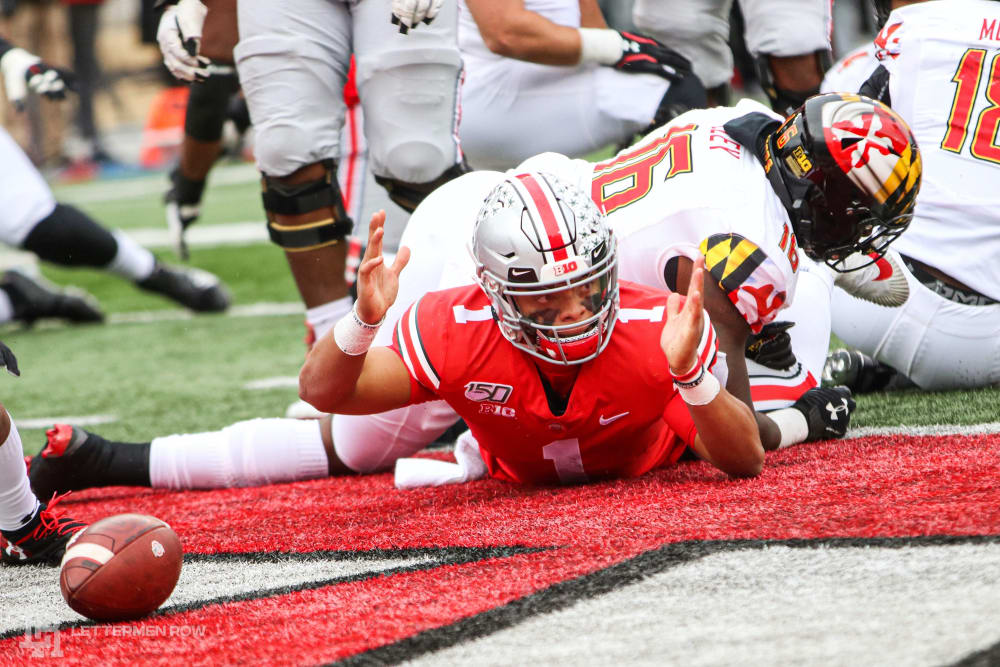 Ohio State quarterback Justin Fields is looking to build off his first season with the Buckeyes. (Birm/Lettermen Row)

The speculation, debate and conversations about Ohio State never end, and Lettermen Row is always ready to dive into the discussions. All week long, senior writer Austin Ward will field topics about the Buckeyes submitted by readers and break down anything that’s on the minds of the Best Damn Fans in the Land. Have a question that needs to be tackled, like the one today about Ohio State and the health of Trey Sermon? Send it in right here — and check back daily for the answers.

Will Ryan Day open up the playbook more, now that he has a qb who has been through the system?

If there was anything missing from an Ohio State offense that could do just about whatever it wanted, the addition of Trey Sermon might be the final piece of the puzzle.

But just because the Buckeyes can do anything they can dream up doesn’t necessarily mean they should.

First and foremost: There is absolutely nothing wrong with the Ohio State offense. The Buckeyes are far and away the most potent attack in the Big Ten, they finished third in the nation in scoring and Ryan Day has shown a remarkable knack for coordinating an attack that maximizes his personnel. It’s hard to find many areas where there is really all that much room for improvement.

That doesn’t mean the Buckeyes can’t become even more dangerous, of course. Having a quarterback entering his second year as a starter certainly provides a benefit since he’s more comfortable with the system, more confident in his abilities and perhaps more prepared for next-level concepts to be added to his plate. Ohio State can trust Justin Fields to do just about anything required by a quarterback — but, again, that doesn’t mean it needs to concoct a game plan that throws everything in there at once. 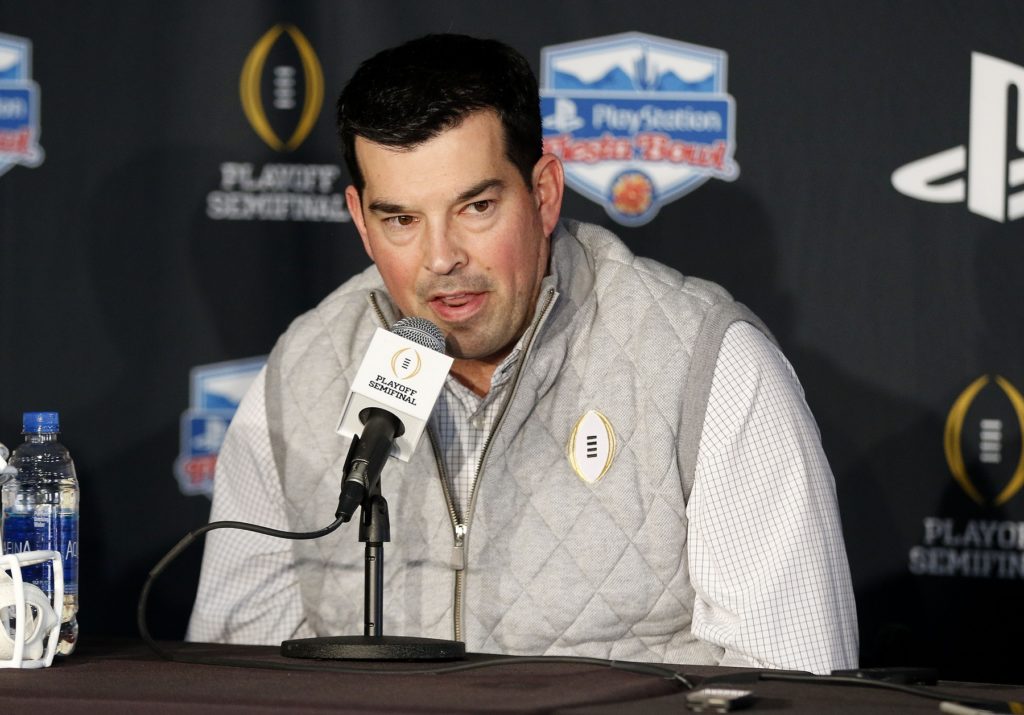 Ohio State coach Ryan Day is looking to get the Buckeyes back to the College Football Playoff. (Darryl Webb/Imagn)

Ohio State will still be working in four freshmen wide receivers. There will be at least two first-time starters on the offensive line, and Oklahoma transfer Trey Sermon may need a little time to acclimate to the new terminology when he arrives to get started with the Buckeyes. Those are all extremely talented players, and odds are it won’t take them long to get up to speed. But it’s that same elite ability that means there isn’t a great deal of incentive to complicate the play calling.

By no means are the Buckeyes running a simple system. But there are also few programs anywhere who are better equipped to perfect a handful of plays and dare opponents to stop their offense. Yes, Ohio State will mix up the personnel and formations, but for the most part its winning formula comes from having damn-good players who are well trained and don’t have to overthink what they are doing. With the potential for an even more dominant offensive line, a Heisman Trophy quarterback, a deep group of wide receivers, underrated tight ends and now a proven tailback in the mix as well, defenses are going to have their hands full no matter what plays Day dials up.

The playbook is always evolving for the Buckeyes. So, there will absolutely be new looks, just as there were a few tricks saved up when they got into the biggest games last season.

But Ohio State shouldn’t need to dial up 75 different plays to keep piling up points next season, and it won’t. Even Clemson didn’t shut down the Buckeyes offense in a Fiesta Bowl that was decided in other ways, and until somebody proves it can be done, Ryan Day can keep sticking with what already works.