Connect with us
Robert Landers looks back at his Ohio State career. (Birm/Lettermen Row)

COLUMBUS — Robert Landers has been through the entire process already with Ohio State.

The Buckeyes believed in him, or he never would have earned a scholarship offer in the first place. But Landers has always heard the doubts that he didn’t have the right size to make an impact at the next level, that it was hard to project him as a game-changer on the interior of the line or that he was lost in the shadows surrounded by bigger stars with the Buckeyes.

The film doesn’t lie, though. And Landers was also walking around Columbus last week with one of his three Big Ten title rings on his hand and a set of Gold Pants around his neck, two pieces of jewelry that he did plenty to earn during his entertaining, productive career with the Buckeyes.

There will be defensive tackles with better individual statistics in the NFL Draft and more traditional builds for the position, and there will probably be a lot of people that Landers needs to win over in the next couple months. But that’s nothing new for him, and that’s all fueling him now as he transitions from his time with the Buckeyes into draft preparations at a gym in Pennsylvania. 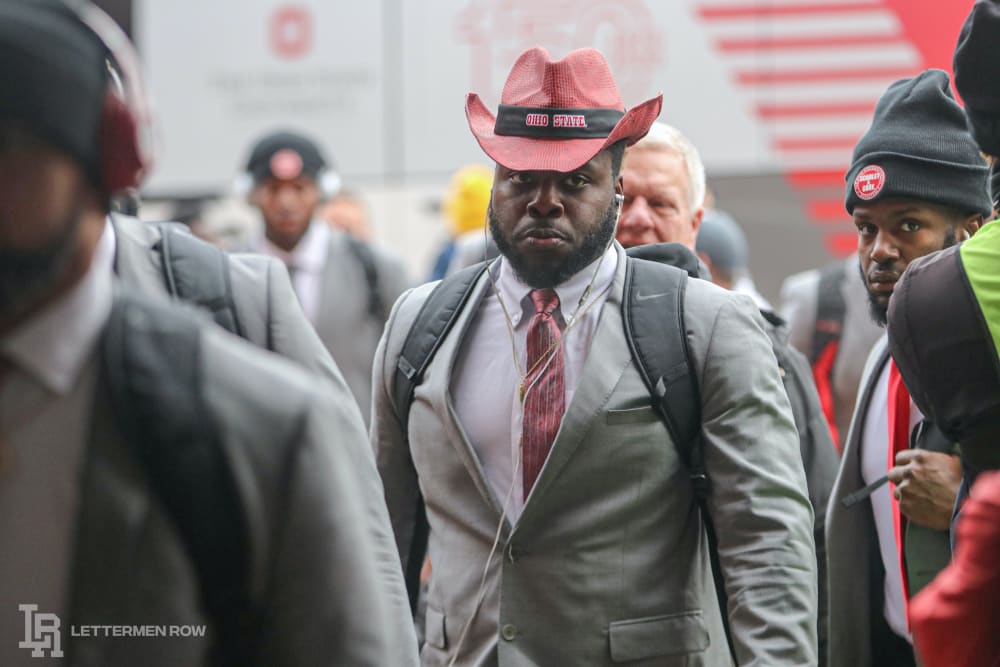 Ohio State defensive tackle Robert Landers is trying to take the next step in his career. (Birm/Lettermen Row)

“This process post-Ohio State, since it’s new it has kind of been an up-and-down roller coaster,” Landers told Lettermen Row. “I’ve been training and preparing for this next phase in my life that God has been fortunate enough to bless me with. I can still say to this moment that I’ve yet to grow a pair to actually be able to watch the [Fiesta Bowl] game. I’m still trying to work to that.

“But looking back, it was a special season and I don’t regret anything. … That season was a blessing.”

Landers was a key figure in the undefeated run on the way to the College Football Playoff, and he capped his career in the semifinal defeat with one more tackle for loss to give him 23.5 over four years of action with the Buckeyes.

Despite any of the doubts about his potential for the three-time Big Ten champions, even while playing through injuries that hampered him a few times and at a position that isn’t all that stat friendly, Landers never finished a season at Ohio State with fewer than five tackles for loss. And while that’s an imperfect way to measure his impact, it’s a reminder that underneath his traditional cowboy hat is a fierce competitor — one who is now looking for the next challenge.

What would make Robert Landers a worthwhile NFL Draft pick for teams in April? What does the veteran defensive tackle see as his biggest strength as he moves to the next level after his career with the Buckeyes? How will he sell teams on his ability? As he trains for the critical couple months of workouts and interviews, Landers popped into the Lettermen Row film lab to reflect on his career and break down a few of his top moments in the latest episode of BuckIQ.

How are Buckeyes dealing with injuries during spring shutdown?