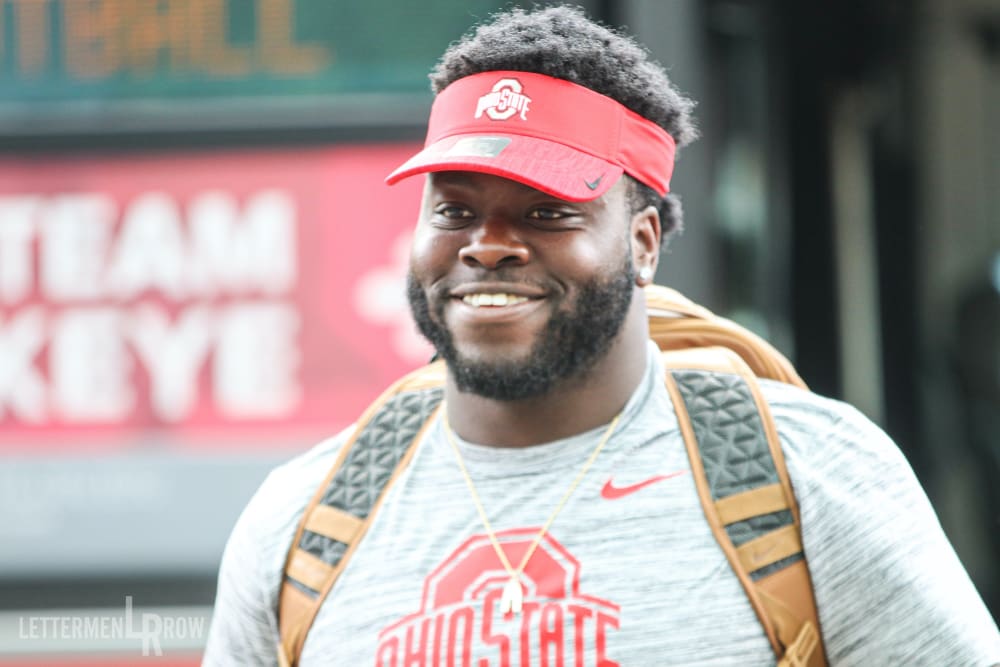 The questions would not stop.

What was his height, again? How were his other measurables? Can he play at a high level?

“Watch. The. Tape,” said Minton, a veteran of nearly four decades’ coaching including a move this summer to the University of Dayton from Landers’ Huber Heights Wayne High School. “I’d keep hearing from coaches recruiting, ‘He’s this, he’s that.’ And I just said watch him play.

Minton even made clear coaches could see in practice what opponents saw on Friday nights from the 6-foot-1, 285-pound Landers before he signed with Ohio State in 2015.

“We couldn’t have him out there because our offense just couldn’t run anything against him,” Minton told Lettermen Row. “We had a good offense and pretty good guys up front. He just disrupted everything. It was when you watched him in practice and said, ‘Somebody’s gotta recognize this young man can play.’

“Fortunately, it did happen and he’s making history now.”

The fifth-year senior Landers enters his final Buckeyes campaign with 39 career games and 17.5 tackles for loss. He’s positioned to be an important anchor along the Ohio State defensive front in Ryan Day’s inaugural season as head coach, but Landers almost never was a part of the program at all.

Landers’ only Power Five offer until after his team’s appearance in the state championship game of his senior season was West Virginia, to which Landers had verbally committed.

“I think he handled it with a chip on his shoulder,” Minton said of Landers’ relatively light recruitment. “What I remember is he was out to prove, he was going to be him and be his best and it finally paid off.

“It took all the way to his senior year. And even after our state final game, coaches every week of the playoffs, other coaches, they’d say, ‘Coach, how do people block him? You can’t block him!’ They’d call Ohio State people and they got the word out. I think they started taking a real hard look at him.” 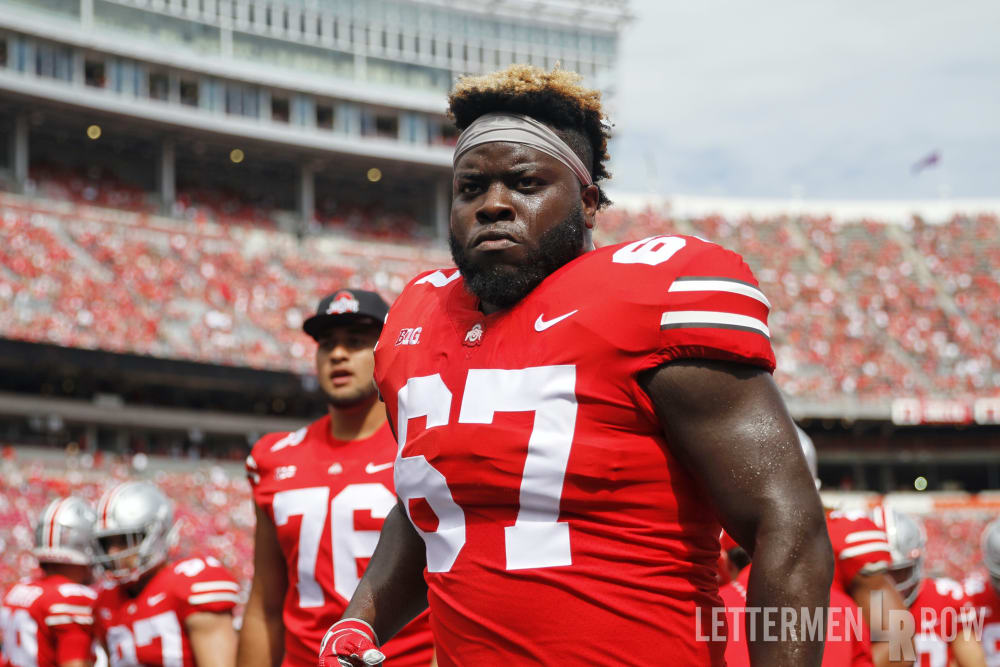 Ohio State defensive tackle Robert Landers is gearing up for his final season with the Buckeyes. (Birm/Lettermen Row)

Landers, however, had long impressed Minton with his maturity and did not take lightly his decision to flip from West Virginia to the home-state Buckeyes.

“He had already been committed to West Virginia, he had been discovered by them earlier,” Minton said. “It was hard for Robert because of his maturity and sincerity to people, it was tough for him to flip. He had given somebody his word, but he also really wanted his family to be able to see him play. I know he was still thinking about it. But in the long run, it was Ohio State, and through the whole process he played with something to prove.

“Probably to this day he does, and I think that’s what’s made him great. Now people are probably telling him he’s not big enough for the pros. Let’s just see. They thought he’d go up to Ohio State and just hold a bag or be a backup. Continues to this day to prove people wrong.”

So keep asking questions about him. His size. His ability.

Robert Landers has spent years answering them on the field and has one more season left with the Buckeyes for any additional questions.

What We Learned from Ryan Day after Ohio State scrimmage
Ohio State has no reason to rush, worry with quarterbacks
Advertisement