COLUMBUS — Robert Landers is facing a detour. But the Ohio State defensive tackle is not giving up on the road to the NFL yet.

After not hearing his name called during the draft last month and not being able to strike a free-agent deal since then in the midst of a pandemic shutdown, the status of the good-natured, colorful Landers and his future in football has seemingly been up in the air.

Landers proved he could play at a high level with the Buckeyes after contributing to three Big Ten championships. He showed that he can use his slightly shorter physique to his advantage in the trenches. And there has never been any doubt whatsoever about his work ethic, all of which pointed to him at least getting a shot this summer on a tryout basis at the next level.

But concerns about nagging injuries during his time at Ohio State combined with the current inability to visit teams to take a physical and get a clean bill of health has kept him from locking down a spot thus far. But that doesn’t mean he won’t eventually find one, and he’s certainly not giving up.

“As of right now, I still have not signed with a team,” Landers told Lettermen Row on Friday. “You know, the process has been a little interesting with everything that’s going on in our world. It’s put a little damper on the process. But it’s just one of those things where I’m taking the process one day at a time. 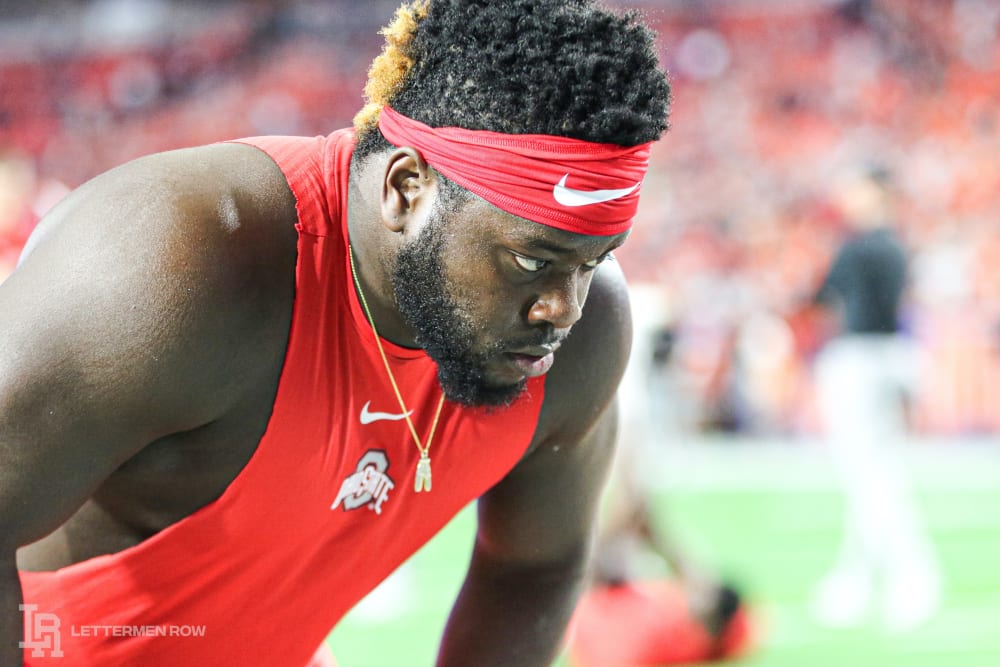 “COVID-19 hit and put a roadblock in front of a lot of people, me being one of those people. It definitely hit hard, it definitely affected a lot of guys in negative ways. But at the end of the day, I’m trying to look at it from a positive perspective. The journey is not over with, and I’m blessed to wake up every morning and still have an opportunity somewhere, somehow to be in somebody’s camp and continue my football career and make my childhood dream a reality.”

Landers has essentially had to start from scratch and prove himself all over again at every step of his career, so a bit of adversity at this stage is really nothing new for him.

The exact path forward from here might remain unclear. But this setback isn’t even close to enough to get him to slow down as he keeps working toward a shot on an NFL roster.

In his first public interview since the NFL Draft concluded, former Ohio State defensive tackle Robert Landers opens up about the experience, what comes next in his career and the importance of mental health in a special edition of the Tim May Podcast.