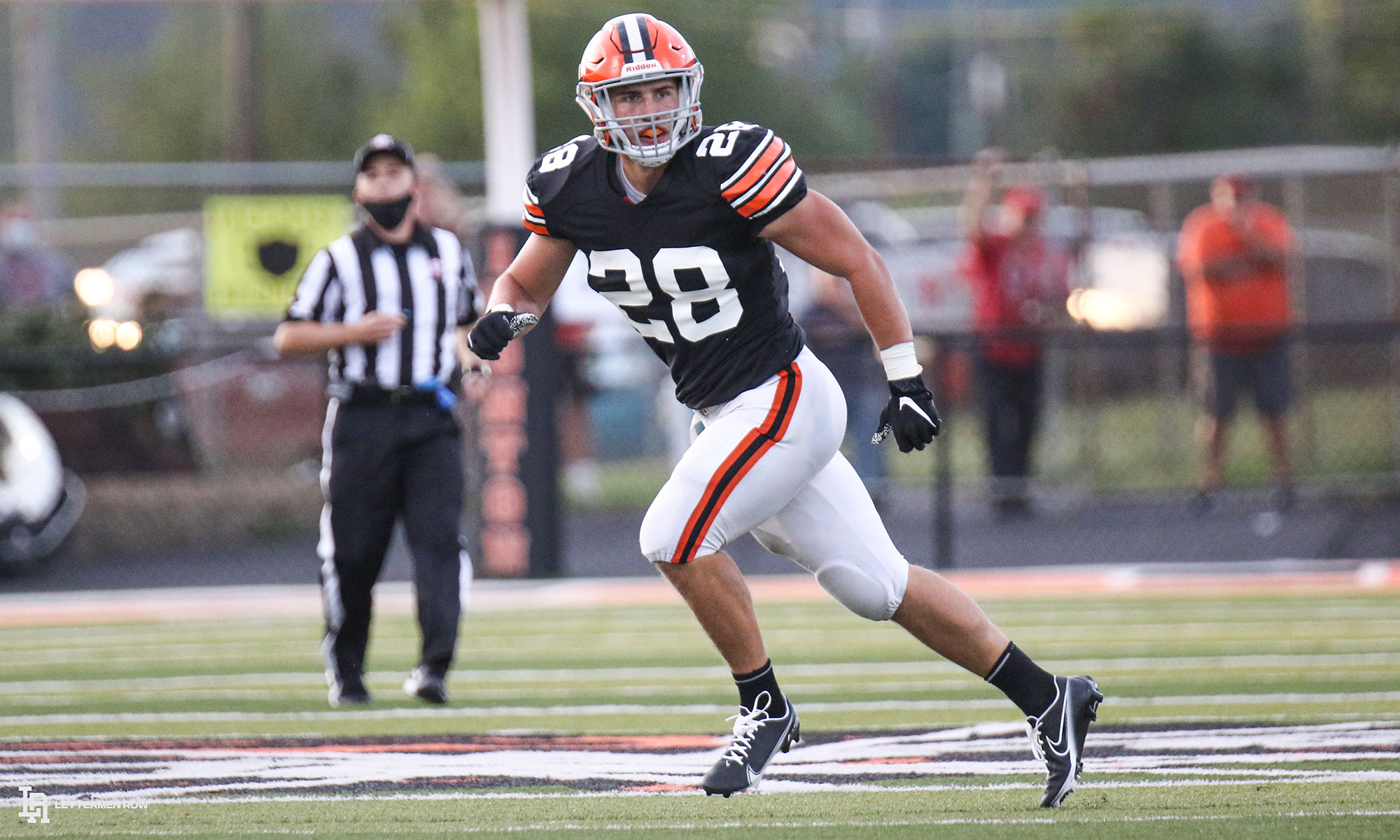 IRONTON — Reid Carrico didn’t care that he had just played his final snap of the night.

He didn’t care that the hometown Fighting Tigers were up 49-7 midway through the fourth quarter on one of their biggest rivals. And Carrico, one of the top linebackers in the country for his class, certainly didn’t care that he doesn’t even need a senior season of high school football to live out a lifelong dream of playing college football at Ohio State next season.

So as he trotted off Bob Lutz Field at Tanks Memorial Stadium to a chorus of cowbells clanging and fans screaming on Friday night, Carrico’s message to a teammate was simple.

Carrico could have easily opted out of the high school season like many of his fellow commitments in Ohio State’s top-ranked 2021 class. The risk of getting hurt before enrolling for the Buckeyes and the uncertainty surrounding the pandemic have caused plenty of high school stars to reconsider and weigh the risk of their senior seasons.

He has one more chance to win a state championship. And he isn’t skipping out on it.

But to understand why, it’s better to just know about Ironton and football.

“This is really important”

This town is crazy about football.

One of the first professional football teams ever formed played here. The Ironton Tanks are widely known as one of the best football teams to never play in the NFL. This town has a football past that boasts wins over the Chicago Bears and New York Giants.

That’s the ancient past of the iron town that sits on the Ohio River. The Tanks folded in 1930, but the sight of a Friday night in Ironton could fool an outsider into thinking a pro football team still plays there. House after house hangs a flag with an orange and black “I” on it. Children wear their orange Ironton jerseys as they make their way to the stadium. Fans line up outside the gates at Tiger Alley and wait to get into games. The parking lots fill eight hours before the game for tailgating.

And a pandemic won’t stop Ironton fans from watching, even if they can’t get into the game. This town lives on Tigers football.

“This is really important,” Reid Carrico said. “You see all these people standing around the fence, right? There have been guys talking about renting lifts and stuff, scaffold lifts, so they can watch the game. Pull it up and lift it above the bleachers so they can see the game. It’s a big deal around here. You basically only saw the parents tonight. Usually they’re about two or three deep around the fence.”

Friday nights are a party.

And Carrico is the star of the show. After a three-touchdown performance last week, Carrico had four touchdowns Friday night, as well as a 65-yard kick return he nearly took for a touchdown. Then there was the sack and a forced fumble on defense. 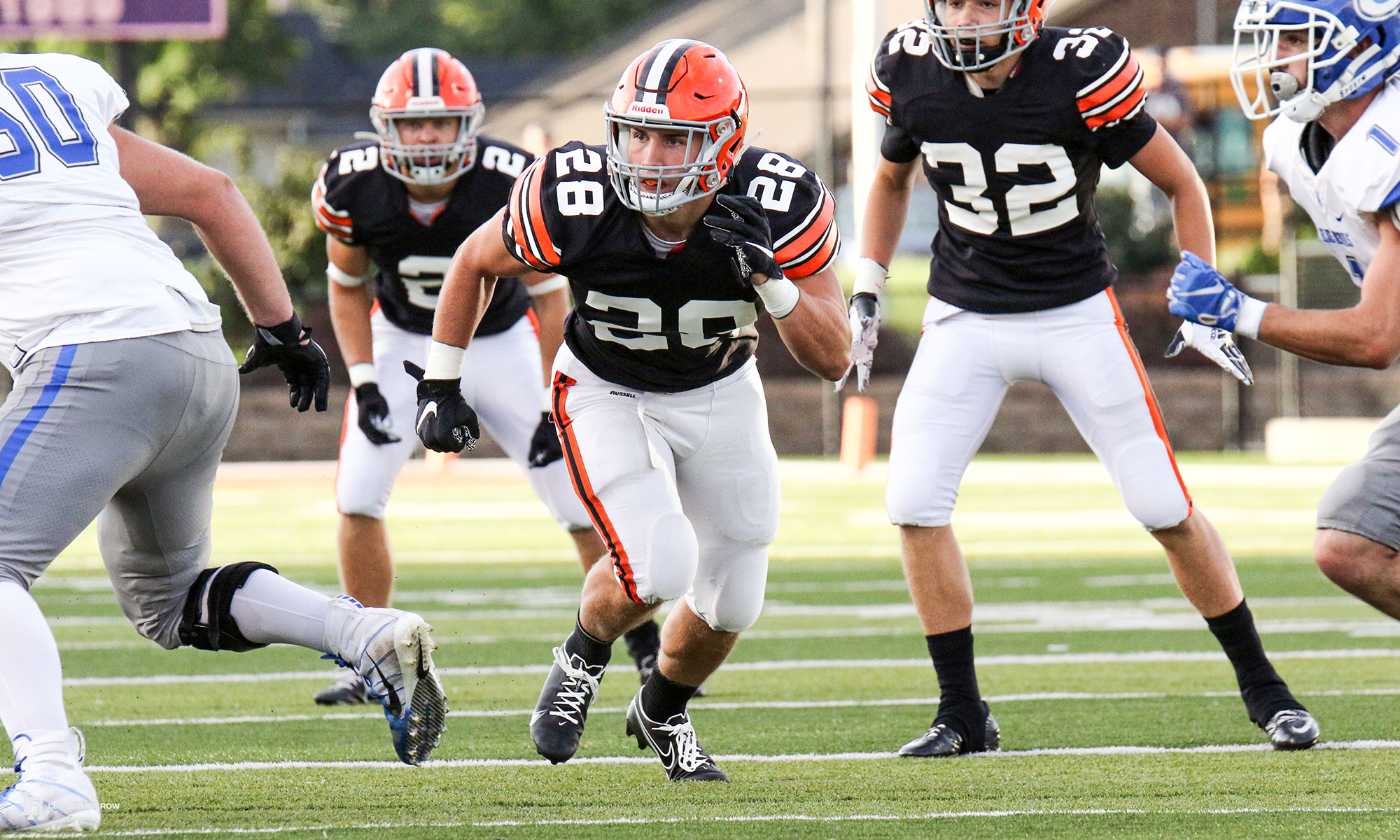 Maybe if he would have been able to finish the job of winning the town’s first state title since 1989 last season — and only the third in program history — he could have opted out and been satisfied enough to train for his Ohio State career. But in a town this crazy about football, Carrico couldn’t end his career with a state runner-up. He’s ready for the title. For him — and for Ironton.

“I just think about when I was a little kid,” Carrico said. “All those kids, they sit on the side of the railing all the way down [the stands]. I used to be one of those kids. That’s a huge deal around here. People think they understand that this is a football town. They think they get it, but they really don’t. The tailgate set up at 9 this morning. They can’t even get into the game and they’re out there grilling, having a good ol’ time and getting ready to watch the Tigers.”

“I couldn’t leave a loser”

Reid Carrico had a decision to make this summer, one that wasn’t taken lightly.

There were plenty of conversations with his family.

“We talked about it through the summer, prayed about it, hoping that we would get the opportunity for him to finish out his senior year at Ironton,” Reid’s mom, Shelley Carrico, said. “We are hoping, every week is on a week-to-week basis and a day-to-day basis, but we’re very happy that we’re getting this opportunity now to do this.” 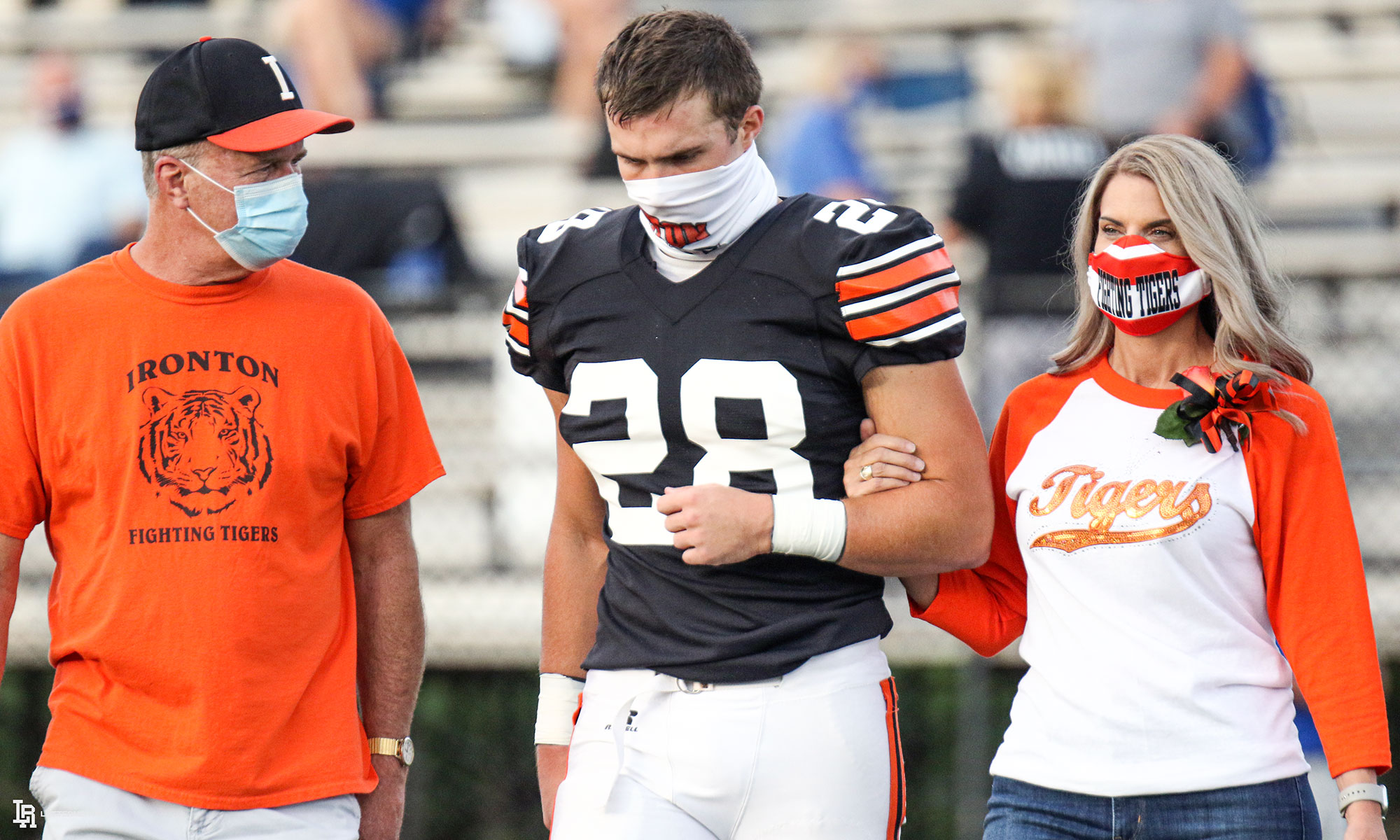 Reid Carrico and his family had tough decisions to make this summer. (Birm/Lettermen Row)

As the Ohio High School Athletic Association spent the summer figuring out if it could safely allow member schools to play football, the Carrico family continued to talk and pray.

But Reid had already made the decision for himself.

“The most important thing to me as a football player is being loyal to my teammates all the time,” Reid said. “Not saying that the guys who opted out are not loyal. That’s not what I’m saying at all. But me, I’m so loyal. I feel like I would have been cutting out on them or turning my back on them. And I can’t do that. I’m not that type of person.

And even if a spring season would have happened, Reid would have had to make a hard call on whether to stay back or head toward his Ohio State future. This high school season is just too important to skip out on and head to Columbus.

“If football got pushed back to spring,” Shelley said, “I could see him staying back with his brothers to play just because they’re all so close.”

Luckily for Reid, he never had to choose.

And the chance to play one final year at Ironton before making the jump to Ohio State means everything to he and his family.

“I think watching him play his final season here, that means everything,” Shelley said. “It’s like the way we planned it. To see him play as a freshman at Ohio State, it’s unbelievable. It’s hard to fathom that he’s going to play at that level.”

‘I’m not going to have it this year’

Reid Carrico is different than most Ohio State commitments.

Some of them chose to sit. Others were forced to by their high school governing bodies. Then there’s Carrico.

He knows the history of the two state titles the river town clings to. He knows the importance of football to his community.

And he knows he has to finish his high school career a certain way before he becomes a local legend and an Ohio State star.

“If we don’t win a state championship or we lose in any facet of a game this year, we failed,” Carrico said. “Last year, we killed everybody, and we might have let these encroachment penalties slide last year, and we ended up losing. We gave up one at state. We should all be wearing state championship rings, in my opinion. And I’m not going to take it. I’m not going to have it this year. I want that state ring so bad.”

Right now, he doesn’t care about the margin of victory, his future at Ohio State or his jaw-dropping stats. Anything short of a state title ring is a failure for Reid Carrico.

He still has plenty of work to do.