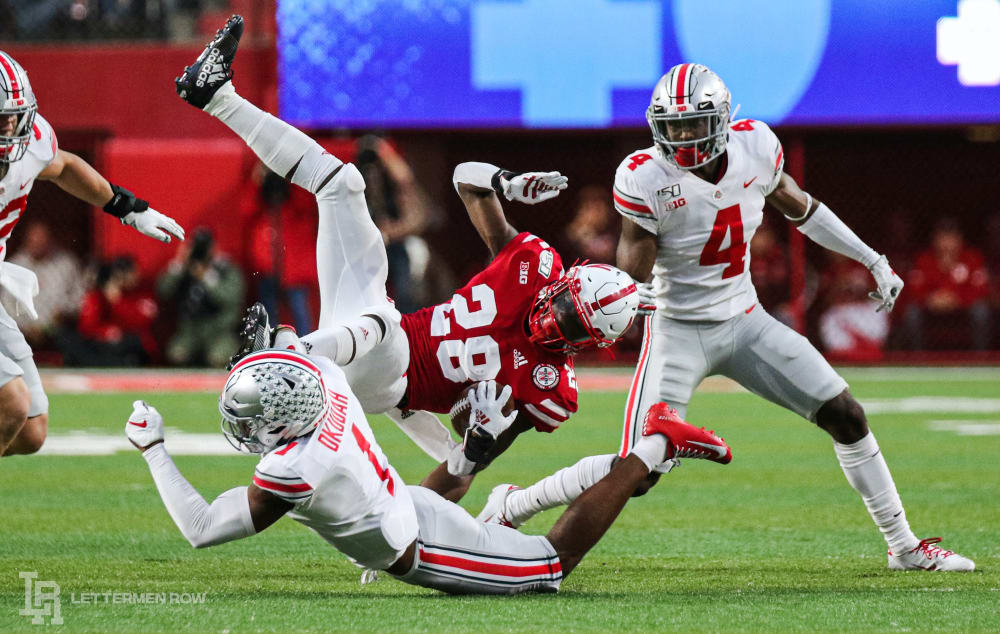 Ohio State climbed in the polls for the first time in four weeks. (Birm/Lettermen Row)

For the first time in a few weeks, the Buckeyes climbed to No. 5 in the latest Amway Coaches Poll, which was released Sunday. Ohio State received four first-place votes.

Alabama took the top spot in the coaches poll. Clemson, Georgia, Oklahoma and Ohio State rounded out the top five.

The Buckeyes climbed to No. 4 in the latest AP Poll, behind new No. 1 Alabama, Clemson and Georgia.

The reason Ohio State climbed? The Buckeyes are beating teams by an average of more than 40 points per game. They’re holding teams to nine points per game, good for third in the country. As good as Justin Fields and the offense have been for the Buckeyes, the defense is the story.

Nebraska learned that the hard way. The Buckeyes forced Cornhuskers quarterback Adrian Martinez into tough throws, bad decisions and, ultimately, turnovers. In the 48-7 rout, Ohio State seemed unstoppable heading into another primetime matchup with Michigan State. But don’t tell that to coach Ryan Day. He still isn’t satisfied with where the Buckeyes are, and he still wants to wait and see before deciding where Ohio State is.

“We’ll see,” Day said. “We’ve got a huge one next week against one of the best defenses in the entire country. That’s going to be a huge one.”

Following the home game with Michigan State, the Buckeyes will have an off week before heading to Northwestern for a Friday night game in Evanston.