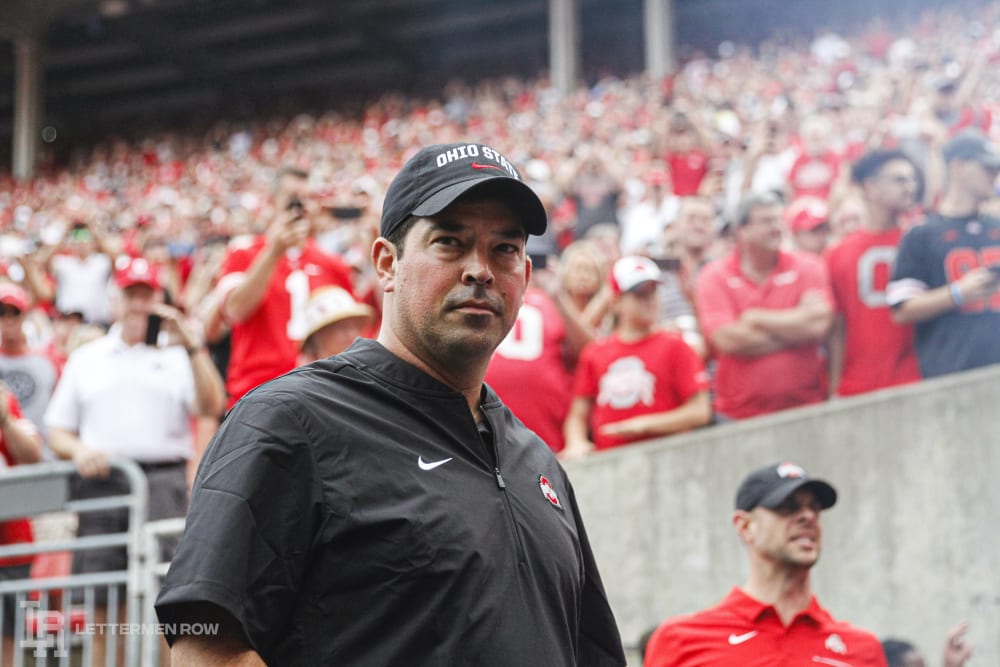 Ryan Day and Ohio State stayed at No. 5 in the latest Coaches Poll. (Birm/Lettermen Row)

COLUMBUS — After comfortably beating Florida Atlantic to open the season, Ohio State remains as the No. 5 team in the country.

In the latest Amway Coaches Poll, which was released Tuesday, Ohio State still find itself on the outside of the College Football Playoff. But the Buckeyes are squarely in the mix just outside of the top-four spots as decided this week by the voters. Clemson, Alabama, Georgia and Oklahoma round out the top five, all ahead of Ohio State.

Ohio State’s next opponent, Cincinnati, didn’t crack the top 25, but the Bearcats earned 49 points in the poll and nearly found themselves in this week’s rankings.

Don’t think that means the Buckeyes will take the Bearcats lightly, though.

“We’ve got a really good team coming in here next week who is well coached,” Ohio State coach Ryan Day said. “You guys know Luke [Fickell] and those guys are going to be prepared, so we have our hands full. But the good news is we have a lot to learn from [Florida Atlantic].”

None of the Big Ten’s ranked teams lost during the first week of the season, so the conference still has seven ranked teams heading into the second week. Ohio State will play five of the six other ranked teams in the Big Ten.

Ohio State is really, truly ready to unleash tight ends on offense
What We Learned as Ryan Day, Buckeyes turn focus to Cincinnati