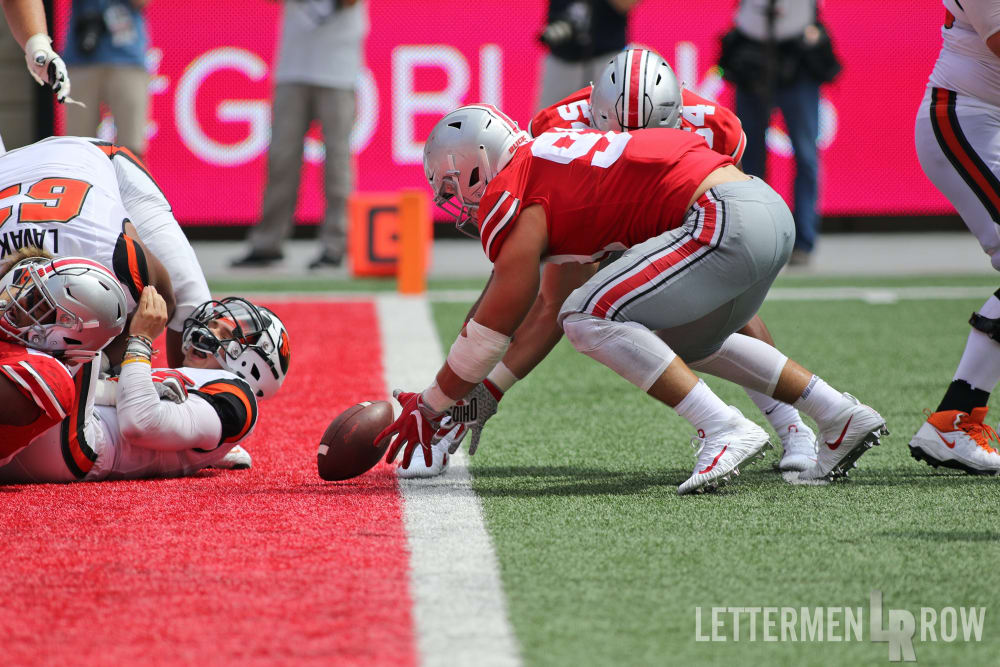 Nick Bosa recovers a fumble in the endzone against Oregon State. (Birm/Lettermen Row)

COLUMBUS – Football is back at Ohio State and the Buckeyes rolled to a 77-31 win over Oregon State in the head coaching debut of Ryan Day, serving his first game of three in place of suspended Buckeyes coach Urban Meyer.

Ohio State’s offensive firepower was on full display in the season opener behind new starting quarterback Dwayne Haskins who threw 313 yards and five touchdown passes. Redshirt junior running back Mike Weber paced the Buckeyes on the ground, collecting 190 yards and four scores of his own on 20 carries.

Lettermen Row was on the sidelines, showing you the sights and bringing you photos from the game. Check them out in the full gallery below. 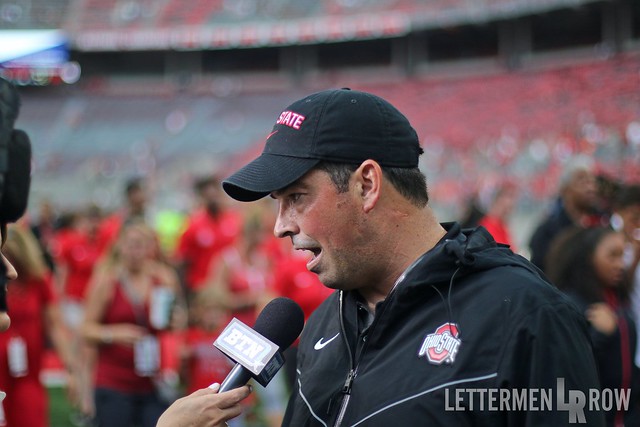