Connect with us
Ohio State can use Pete Werner in various ways next season. (Birm/Lettermen Row)

COLUMBUS — Pete Werner had already proved he could pop up just about anywhere for Ohio State last season.

So, maybe it shouldn’t have come as any surprise when the senior linebacker showed up on the first day of spring in yet another new spot as the Buckeyes keep testing his versatility.

Outside linebacker. Safety. Bullet. Pass defender in coverage and run-stuffer behind the line of scrimmage.

Shortly after his productive junior campaign came to a close, Werner and linebackers coach Al Washington rattled off all the places one of the most important Silver Bullets played for the Big Ten champions. And while that conversation wasn’t necessarily meant to prepare him to at least try his hand as an inside linebacker early in spring camp, it was certainly a hint that the Buckeyes would’t hesitate to experiment with him yet again.

“It was funny, I was on the phone with Coach Washington and we were talking [about last season],” Werner said after practice last week. “He was like: ‘You played every position on the field except six technique.’ But I’m doing what Coach tells me to do, and I’m just feeling some things through — we’ll see what happens. 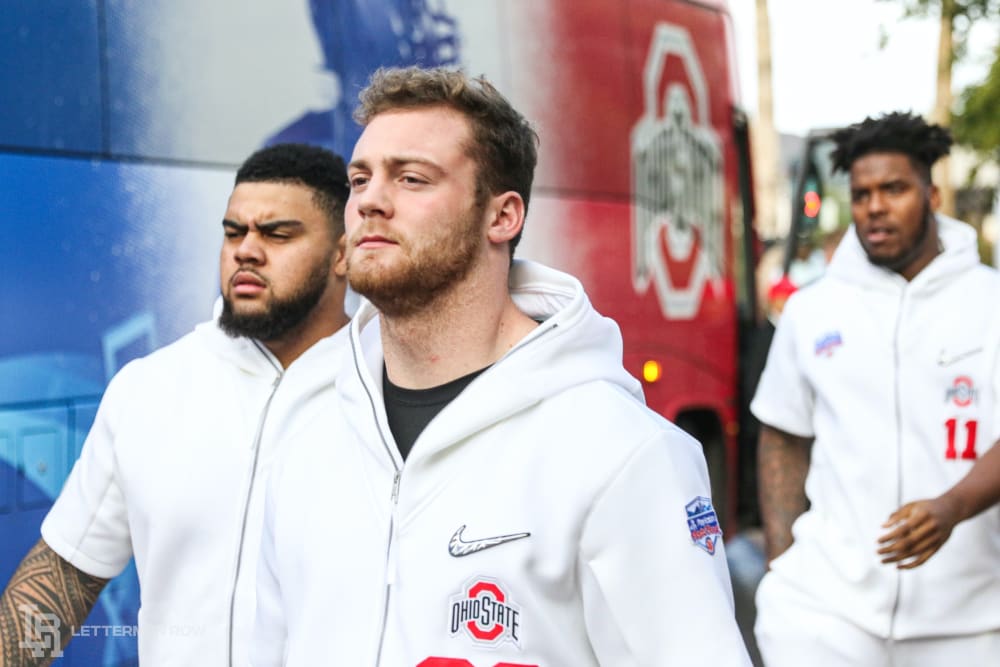 “There’s not really much discussion. Coach told me to play a spot, and I’m playing there. It could change tomorrow. It’s kind of free-flowing, but I’m just doing what the coaches tell me to do.”

That’s always been the team-first approach from Werner, and his ability to play in multiple roles has been key in his rise for the program heading into his third season as a starter. All told, Werner graded out a champion according to the coaching staff eight times last season, he finished second on the team in tackles and almost single-handedly killed the buzz about the ballyhooed Bullet position since he effectively turned it into an extension of his SAM linebacker role.

Now, though, Werner is trying something new in one of the inside spots for the Buckeyes next to Tuf Borland. It’s too early to know for sure if it will stick for him — but it’s a lock that Werner will be on the field somewhere.

What allowed Pete Werner to become such a key defensive contributor for Ohio State? Where can the senior get even better heading into his final season with the Buckeyes? Is there any role he wouldn’t be comfortable playing for the program? Former Ohio State linebacker Zach Boren was back in the Lettermen Row film lab answering those questions in the latest episode of BuckIQ.

‘dynamic’ is an eon past ‘go to’, ‘sure way’ and all our traditional burials in our own quik-crete!

fascinating reading here in the Day-light….