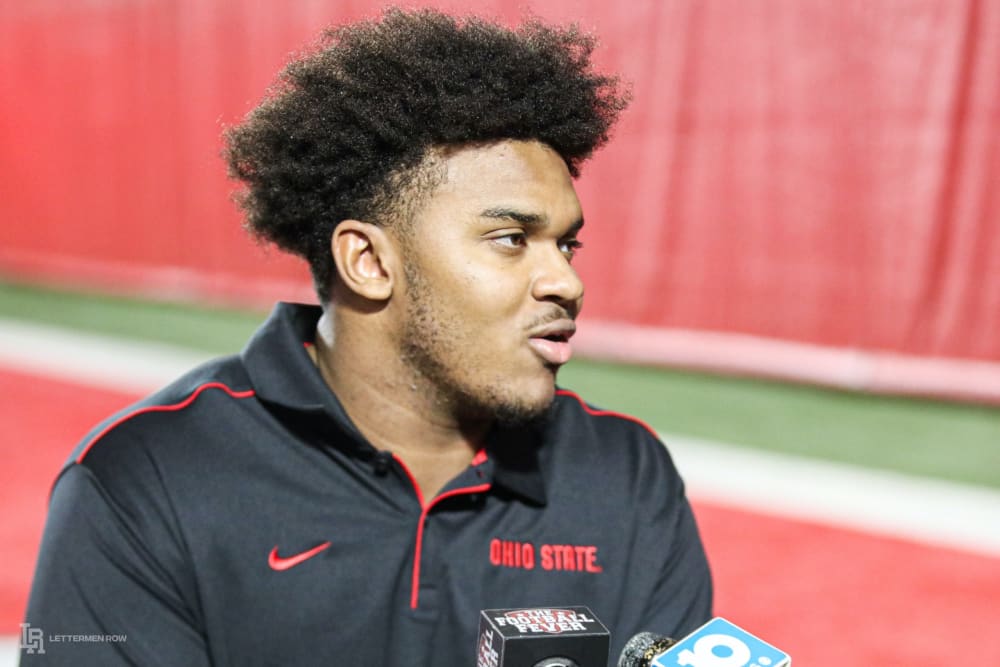 The speculation, debate and conversations about Ohio State never end, and Lettermen Row is always ready to dive into the discussions. All week long, senior writer Austin Ward will field topics about the Buckeyes submitted by readers and break down anything that’s on the minds of the Best Damn Fans in the Land. Have a question that needs to be tackled, like the one today about Ohio State and the delayed battle between Paris Johnson and Nicholas Petit-Frere? Send it in right here — and check back daily for the answers.

Does Jean Petit Frere and Paris Johnson look to be a monster battle for starting time at right tackle?

Ohio State clearly had no intentions of easing into a battle, and it also didn’t waste time trying to tap the brakes on any hype.

The pads weren’t on when the Buckeyes opened spring camp earlier this month, so the reps weren’t full speed. But the fact that Paris Johnson was getting some snaps with the first-string offensive line was certainly significant, and it sent a clear message to everybody at the Woody Hayes Athletic Center on that Monday morning.

Johnson has a shot to be a rare freshman starter for the Buckeyes. Nicholas Petit-Frere isn’t going to just be handed the job at right tackle. And whenever the competition resumes after COVID-19 clears out and Ohio State gets back on the field, that battle might just be the most important on the roster.

“It’s just Day One,” Day said earlier this month. “It’s a long way before then. But, hey, [Johnson] is very, very talented. He’s got a lot of ability. And if he’s the best player, he’s going to play.

“The best players are going to play.” 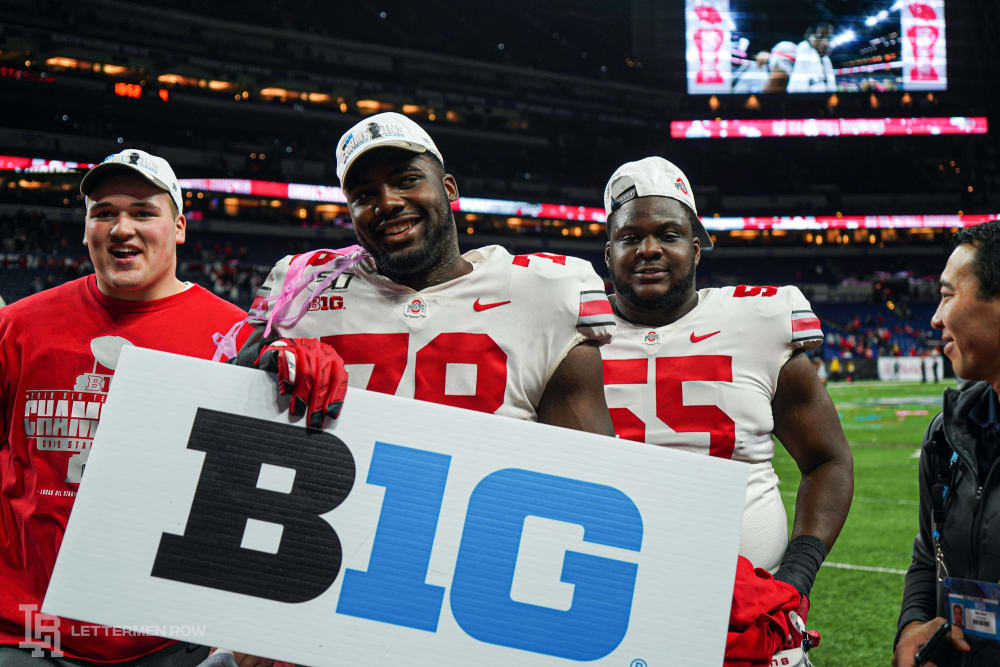 Johnson’s arrival as an early enrollee was supposed to be the catalyst that allowed him to potentially add his name to the history books and start right away for the Buckeyes. Maybe it still will since he was able to go through winter conditioning, Mat Drills and three practices to at least get a taste of what it takes to play for the reigning Big Ten champions. And while missing the rest of spring is a setback for everybody in the program, a record-setting class of early enrollees will certainly feel the sting of only getting a week of practices after going to great lengths to get on campus a semester ahead of schedule.

There’s a chance that the Buckeyes could get those workouts back in the summer before training camp, although that is certainly not a guarantee right now. And while Petit-Frere also needed the spring to solidify himself as he tries to claim a regular spot in the lineup for the first time as a junior, he’s already got the kind of on-field experience, familiarity with the offense and comfort in the program that Johnson was working to overcome by jump-starting his learning curve. Maybe that will help give Petit-Frere the edge when the Buckeyes get back to work. Or maybe Johnson was already starting to show why he’s considered a potentially generational-caliber prospect at tackle, which is why he was sharing reps on Day One anyway.

No matter what, right tackle was shaping up to be a heated spring competition. It’s on hold now, of course, but that’s only going to add to the anticipation.