Connect with us
Ohio State offensive lineman Wyatt Davis will have a massive role in the Rose Bowl next week. (Birm/Lettermen Row)

LOS ANGELES — There was no easing Wyatt Davis into the Ohio State starting lineup.

No tuneup against a nonconference opponent. No lower-stakes matchup against a Big Ten bottom dweller. No time to get acclimated to the rigors of being an every-down offensive lineman before competing for a championship.

But it turns out, Davis was ready for the big stage anyway as he made his first-team debut for the Buckeyes. And now he’s following up his solid outing in Indianapolis against Northwestern with another opportunity under a bright spotlight in the Rose Bowl on New Year’s Day against Washington.

“I didn’t want to come here and not play, and I feel like that’s the same for every college kid,” Davis said. “But when it’s your time, you just have to take advantage of the opportunity. You’ve got to take it.

“I felt like with how practice this week and kind of how this program is run overall, you’re always prepared for moments like that. … When your number is called, you’ve got to perform. I feel like I did that. There are obviously still things that I’ve got to get better at, but I promised [Demetrius Knox] a ring, and we went out there and got it.” 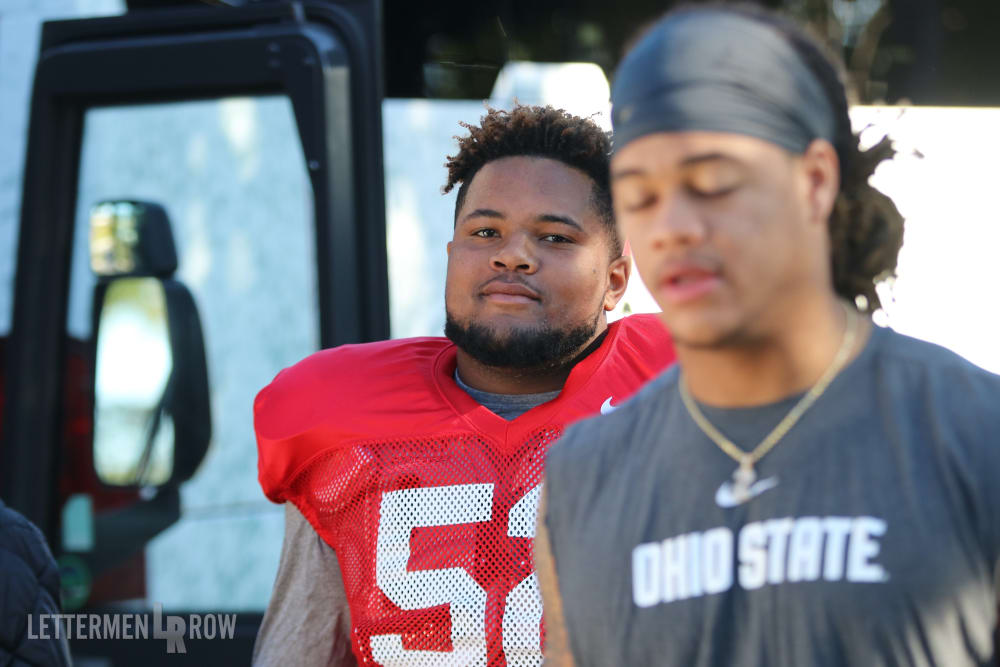 Now the Buckeyes can claim a little more hardware before the season ends, and Davis will be right in the thick of the offensive effort once again with Knox still out with an injury. Another impressive performance could be a springboard into his redshirt sophomore season when he’s expected to claim that starting role on a full-time basis as he begins tapping into the five-star potential he showed as a recruit.

As Davis prepares for another showcase, former Ohio State lineman Reid Fragel was back in the Lettermen Row film lab breaking down what the young guard put on display in the win over Northwestern and what he can bring to the program moving forward. In the latest BuckIQ episode, there were plenty of encouraging signs for Wyatt Davis that suggest he could be a foundational player for a couple seasons to come at Ohio State.