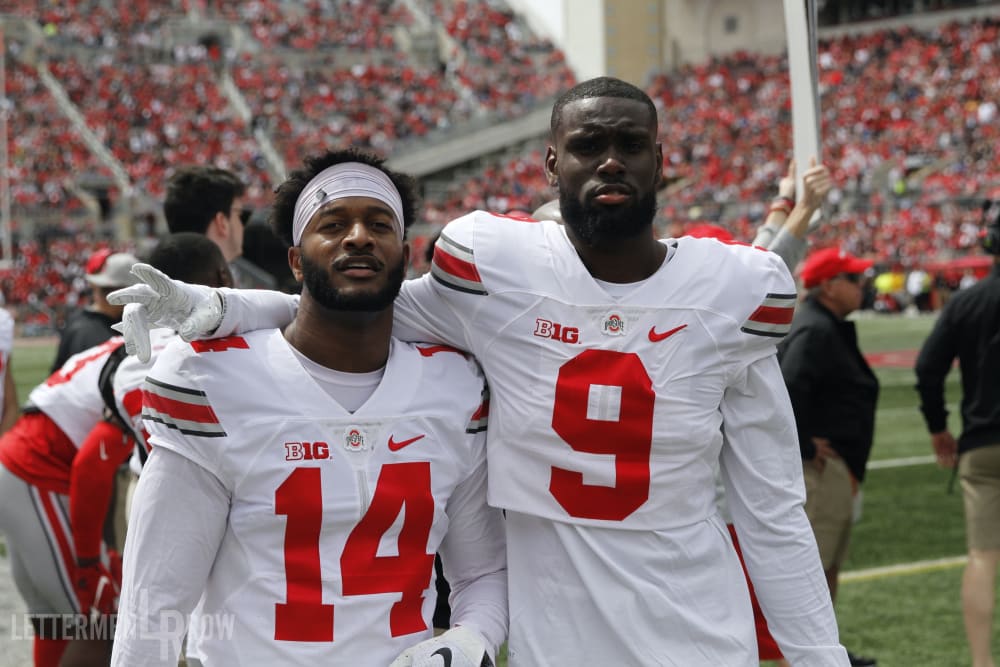 Ohio State wide receivers K.J. Hill and Binjimen Victor will set the tone for the Buckeyes as seniors. (Birm/Lettermen Row)

The speculation, debate and conversations about Ohio State never end, and Lettermen Row is always ready to dive into the discussions. All week long, senior writer Austin Ward will field topics about the Buckeyes submitted by readers and break down anything that’s on the minds of the Best Damn Fans in the Land. Have a question that needs to be tackled, like the one today about the Ohio State and the wide receivers? Send it in right here — and check back daily for the answers.

Of these WR’s, which one:

The time for tears and reflecting on what the three seniors provided Ohio State at wide receiver has long since passed for Brian Hartline.

The Buckeyes are a week away from the season opener, and the moving-on process started way back in the spring. So, Hartline understands the comparisons and questions about whether this year’s unit can match the standard Zone 6 set a year ago, but he also doesn’t really have time to worry about it.

“Just like every year, we get caught up in the past,” Hartline said. “Of course, the past is probably [remembered] better than it really was and then next year is going to be even better, the grass is always greener. We’re just trying to live in the present. Can we be better? I don’t know. It’s a different group, we’re a different team. Will the team be better? You never know.

“But different doesn’t mean it’s better or worse, it’s just going to be a different approach, different season, different challenges. And I think we have that mindset that we want to put our stamp on 2019 from our group this year.”

The Buckeyes can certainly do that from the wideout position again thanks to the collection of elite talent Hartline has to work with — even without Parris Campbell, Terry McLaurin or Johnnie Dixon around anymore.

K.J. Hill is on track to set some major school records. Chris Olave is poised to build on his impressive finish to his freshman campaign. Binjimen Victor appears ready to become the consistent weapon that was always envisioned. And Garrett Wilson is clearly worthy of the five-star hype based on his spring practices and productive training camp.

Picking from just those four and fitting them into those categories is a fun challenge, and apologies to Austin Mack and C.J. Saunders for their exclusion from this discussion. But I didn’t make the rules for this one today, so here we go. 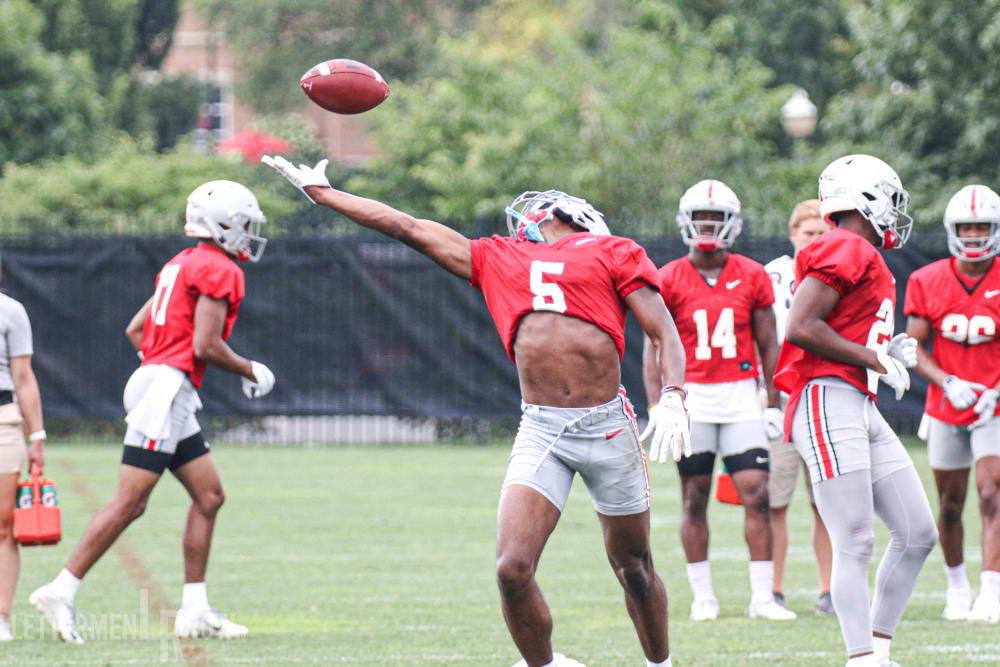 Maybe the hype train is barreling out of control for a true freshman, but it’s impossible to deny the tools Garrett Wilson brings to the position. The talented Texan has everything a wideout could possibly need to dominate from a physical standpoint, and his mental makeup suggests he’s ready for the demands of playing for Hartline and competing for national championships as well. The mesmerizing touchdown catch in the spring game was just an appetizer for what should be a spot in the lineup this season and eventual development during his career into a superstar.

Often overlooked for his contributions over the last couple seasons, K.J. Hill has just quietly gone about his business as one of the most productive players on the roster. He’s also been one of the most clutch performers for the Buckeyes, delivering game-winning touchdowns and coming up with highlight-reel catches. A handful of school records are in reach, and Hill’s reliability and versatility will make him one of the most frequent targets for Justin Fields this season. 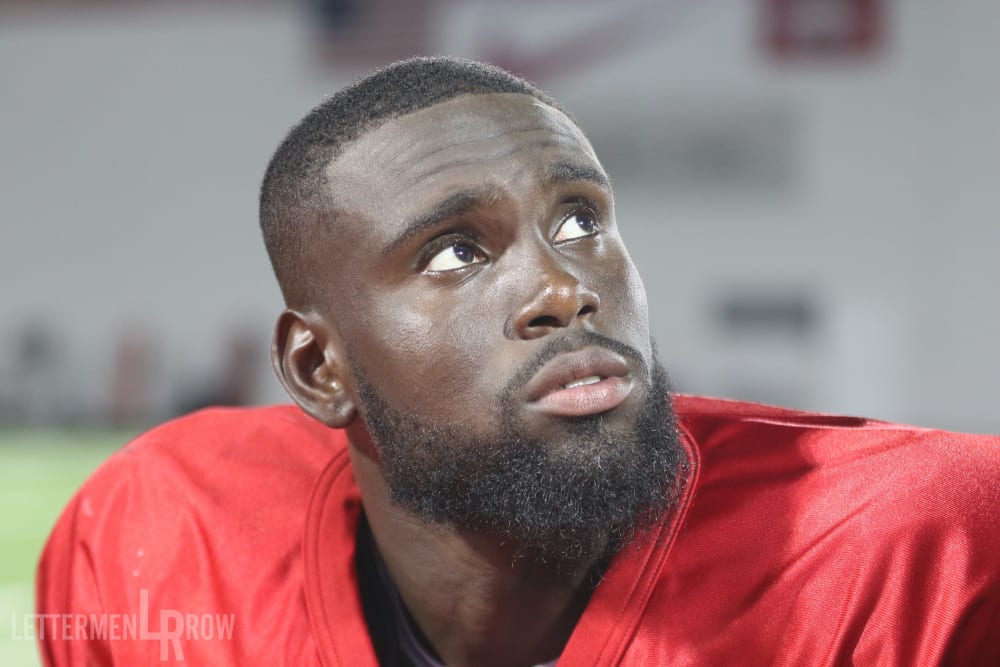 As Binjimen Victor proved last year at Penn State, he’s got a knack for delivering big plays when the Buckeyes need them. He’s also in the conversation for most physically gifted, and with his length and speed, there’s a case to be made that he should have been slotted there. But it’s Victor’s ability to create matchup nightmares in the red zone, the way he can stretch the field vertically on deep balls and a sharp ability to track the football that sets him apart — and all of those traits tend to show up when it matters the most for the Buckeyes. When Ohio State is in a battle, expect Victor to be a guy who can make the difference.

There is still a lot for Chris Olave to prove since he’s only really produced in a couple games for the program — even if they just so happened to be the biggest of the season. But if there’s a guy poised to become the next Terry McLaurin, Olave seems to fit the bill. He’s willing to do all the dirty work on special teams, he has blinding speed, he’s got an underdog mentality driving him and a position coach who can maximize all of his skills. The potential for Olave to become the best all-around wide receiver is there for the taking, and this could be his breakout campaign.