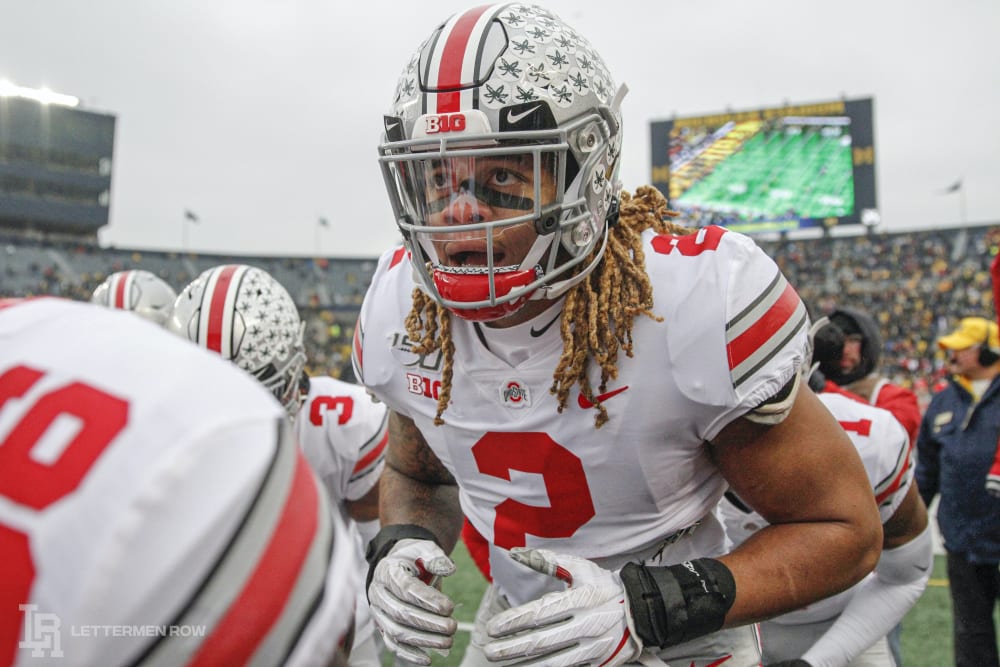 COLUMBUS — The first of many awards collected this December by Ohio State players was probably the most obvious.

It was made official Tuesday afternoon, when Chase Young was named Big Ten Defensive Player of the Year.

Young is arguably the best player, regardless of position, in college football. Despite playing in just 10 of 12 games so far this season for the Buckeyes, he shattered the single-season sack record that neither of the Bosa brothers could reach.

He is the first Ohio State player to win defensive player of the year since Joey Bosa earned the award in 2014. Young’s stats are eye-popping. His 16.5 sacks are a program record, and coupled with his seven forced fumbles, it’s been nearly impossible to slow him down.

After recording a sack in every game he played in, Young was held without one last week at Michigan. That is in large part because of the inability to draw obvious holding calls. With a couple calls, Young might be sitting around 20 sacks with three games to play.

“I thought he played good,” Ohio State coach Ryan Day said of Young in the Michigan game. “I thought they did a good job on some of the things they did. Later on when things changed up a little, he got a great hurry on Patterson. Had an impact on the second half, in my opinion. Took a shot. Those add up over time.

“Again, his presence matters. Although sometimes maybe it doesn’t mean he’s getting sacks or tackles for loss, when two or three guys get the attention of him, that opens up things for other guys.”

Opening up things for other guys has allowed the Buckeyes to enter conference championship weekend tied for second in the country with 49 total sacks on the season. Young has a third of them without playing in two games.

That’s why choosing Young as the conference’s defensive player of the year was such a no-brainer, and the Big Ten media got it right. But the media didn’t get all the votes correct when it came to the Buckeyes. Here’s what Lettermen Row agreed and disagreed on as the conference announced its All-Big Ten list on defense. 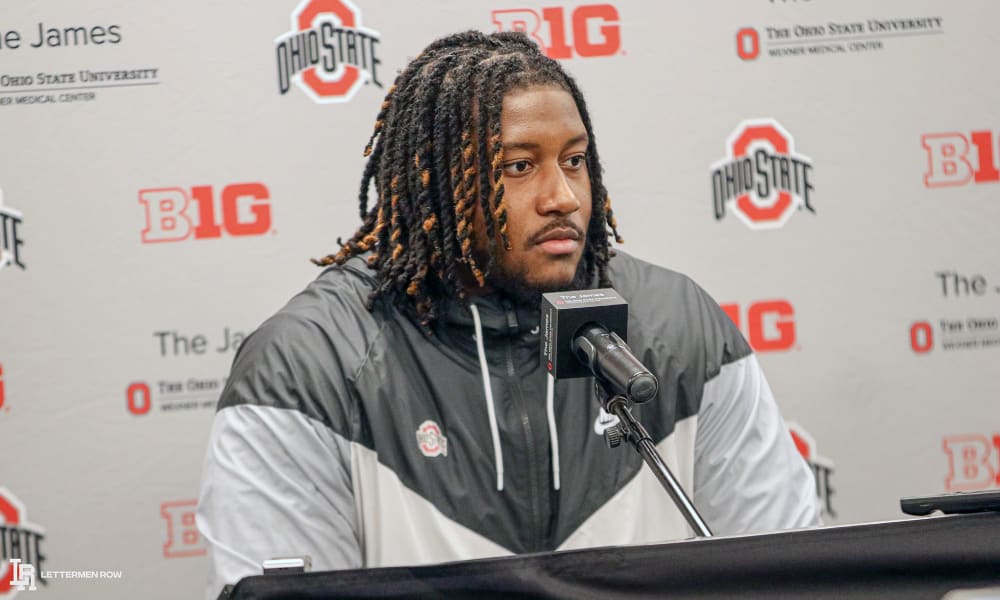 There is no bigger snub for the Buckeyes than defensive tackle DaVon Hamilton, who was listed as a third-team all-conference performer by both the coaches and the media. Maybe Chase Young’s dominance blinded the voters of all other players along the Ohio State defensive line. If that is the case, fine. But the coaches and the media both missed Hamilton, who had a breakout regular season for the nation’s best team. Hamilton has figured out a way to have five sacks from the nose tackle position and plays on one of the best defensive lines in college football, even in the two games without the assistance of Chase Young taking on double teams to free up other pass-rushers.

The Big Ten Coach of the Year drought is over at Ohio State. Well, kind of.

Ryan Day was named Big Ten Coach of the Year by the media after leading the Buckeyes to a perfect 12-0 regular season record. The coaches wouldn’t let Day get away with the unanimous vote of approval, though, instead crowning Minnesota’s P.J. Fleck, who helped Minnesota to a 10-win season — even though the Gophers didn’t win their division. The award hasn’t been given to an Ohio State coach since 1979, and the Buckeyes have two national titles and too many Big Ten titles to count since then. Why give it outright to an Ohio State coach now? The Buckeyes seem to be doing fine without any awards for their coaches.

At least the media gave Day some love. 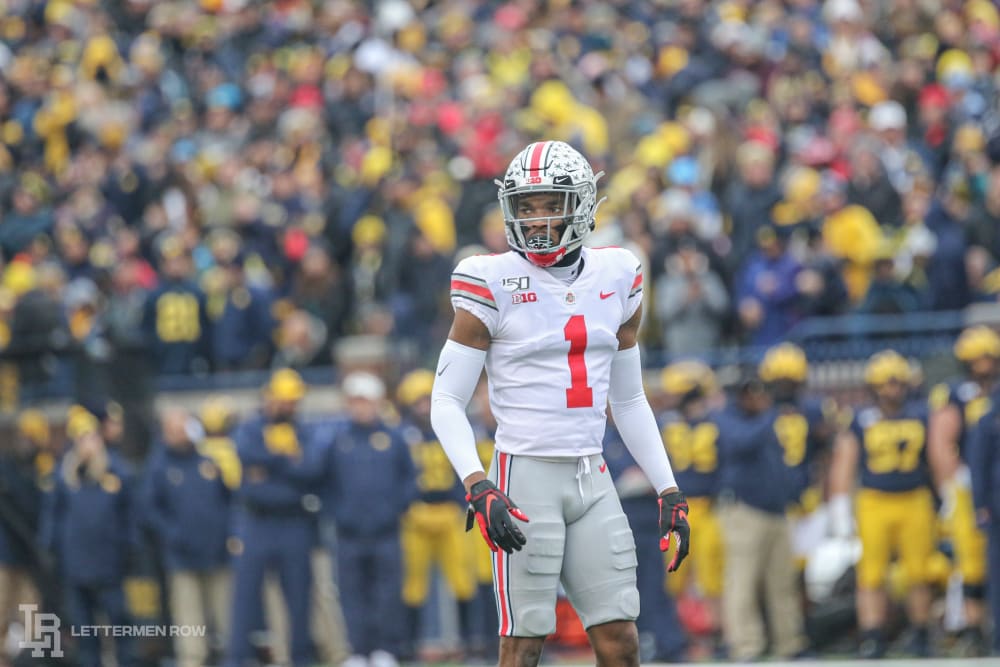 Wrong: Jeff Okudah not named defensive back of year

Antoine Winfield Jr. is a fantastic player who deserves a lot of credit in leading Minnesota to a 10-win season. But he is not Jeff Okudah. Okudah doesn’t win the award for the conference’s top defensive back Tuesday night. Maybe that’s because teams were too afraid to throw his way.

The team that wasn’t afraid was Nebraska, and Okudah picked off Cornhuskers quarterback Adrian Martinez twice in that blowout win. Winfield’s presence in the Minnesota secondary was huge for the Gophers — he had two picks against Penn State in a big win — but Okudah is without-a-doubt the best defensive back in the Big Ten, and he might be the best in the country, too. But this award list suggests otherwise. At least Okudah was still named to the first team All-Big Ten by both the coaches and the media.

Even with the award snubs, Ohio State was well-represented on the defensive all-conference lists from both the coaches and the media. One guy who showed up as an honorable mention but didn’t make any of the first-, second-, or third-teams was linebacker Pete Werner, who had an exceptional season after last season’s defense was blamed in part on him. While Malik Harrison was named a first-team all-conference linebacker by the coaches and second team from the media, Werner was one of the biggest snubs for the Ohio State defense.