Connect with us
Ohio State legend Urban Meyer has turned his competitive fire to ventures away from football. (Birm/Lettermen Row)

Ohio State football recruiting can be a wild ride full of twists and turns as recruits from all over the country maneuver their way to signing day. Lettermen Row is here to help navigate the tumultuous roads by getting to the heart of the matter with the young football players and Ohio State coaches and staff members themselves. Today’s guest is three-time national championship winning head coach Urban Meyer.

After years of being one of the college football world’s most fiery competitors, former Ohio State coach Urban Meyer is settling in to his new life as a grandfather, restaurant owner and widely-praised national TV analyst for Fox Sports and the Big Ten Network.

He golfs, he works and he travels. He watches his son play college baseball and he hangs out with his wife, Shelley, and their children. Meyer finds himself satisfied with his new lifestyle, but he admits that there’s no replacing the highs, lows and adrenaline rush that came from roaming the sidelines of a football stadium.

But Meyer is fine, believe that. He’s calm and content with what he’s doing now, a feeling that he suggests is buoyed by the continued success at Ohio State since his retirement. He was confident that Ryan Day was the right coach to lead the Buckeyes following his departure, and the fact that the first-time head coach carried the program Meyer built into a College Football Playoff berth helped ease the transition. 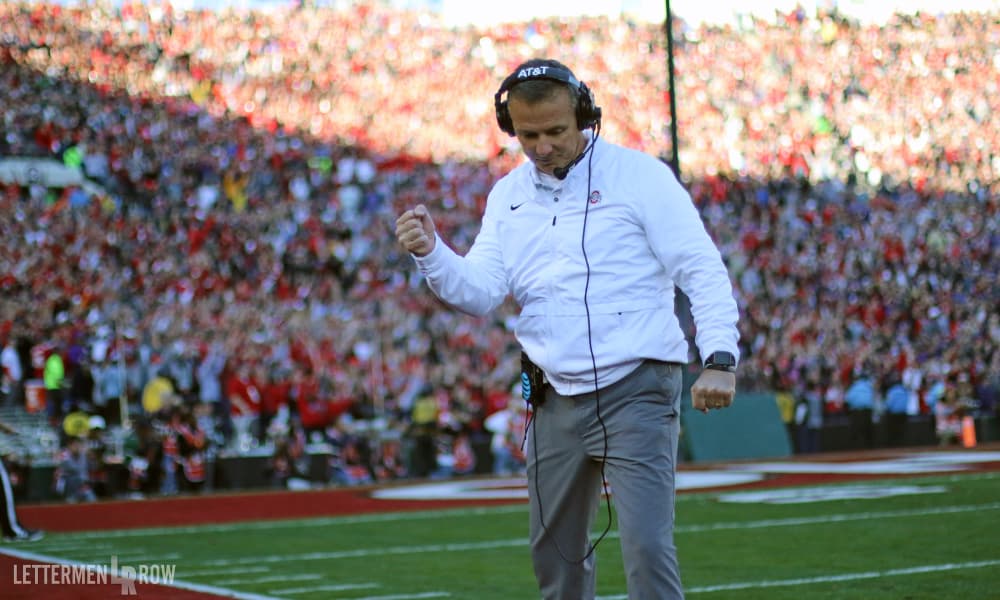 Urban Meyer walked away from coaching at Ohio State after winning the Rose Bowl. (Birm/Lettermen Row)

Now that he’s in his second offseason after retiring from the coaching business, Urban Meyer has had time to put everything on and off the field into perspective, and he talked with Lettermen Row about the decision to hire Ryan Day and when he knew his successor was special, the changes he made when he returned to coaching after leaving Florida, his biggest recruiting wins and losses and much more.