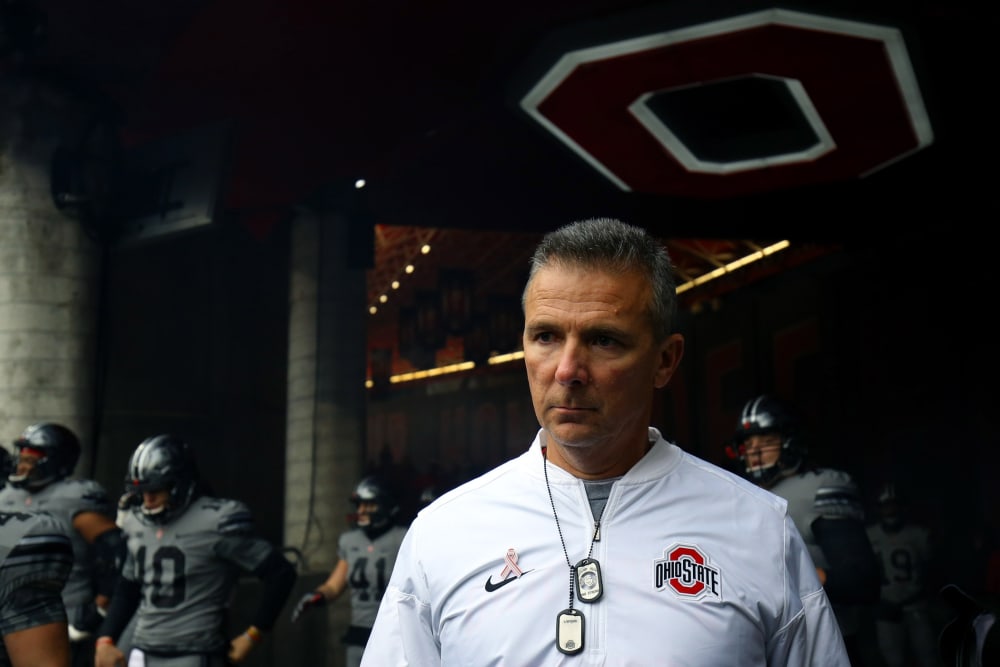 Urban Meyer will return to action against Tulane with a 3:30 p.m. kickoff. (Aaron Doster/USA TODAY Sports)

COLUMBUS — Ohio State will close out its non-conference schedule with another mid-afternoon kickoff.

The Big Ten announced that the Buckeyes will take on Tulane on Sept. 22 at 3:30 p.m. The game will be televised by the Big Ten Network and feature the return of Urban Meyer to the sideline at the Horseshoe.

Meyer will miss his third and final game this week as he finishes up his suspension for mismanagement of a troubled employee following the investigation into how he handled former wide receivers coach Zach Smith. The seventh-year head man has been back on the practice field for the Buckeyes since last week, but he’s still barred from participating in any capacity on game days until after the showdown with TCU on Saturday at AT&T Stadium.

Breaking News: The Ohio State versus Tulane game, Saturday, September 22nd at Ohio Stadium, will kick off at 3:30 p.m. and it will be televised on the @BigTenNetwork.

Ohio State has opened the season as one of the nation’s most impressive teams, averaging more than 64 points per game and covering the spread in blowouts of both Oregon State and Rutgers. The degree of difficulty will be going up significantly against No. 15 TCU on Saturday night, with Tulane likely providing something of a breather for the Buckeyes before diving back into Big Ten play on the road against Penn State.

The visit from Tulane will be the first meeting between the two programs in school history.