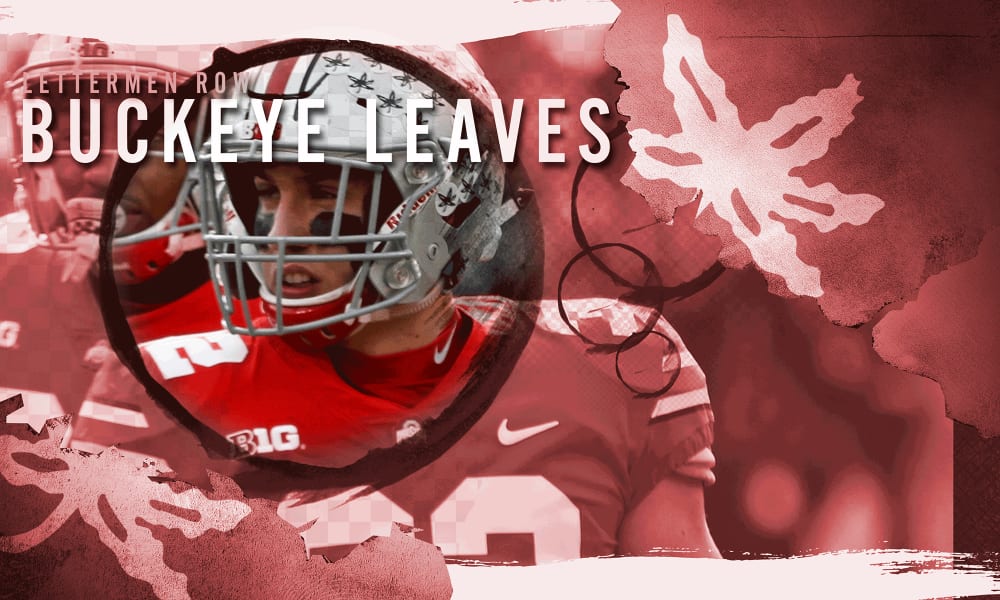 Tuf Borland is starting to look healthier and stronger every week for the Ohio State Buckeyes. (Birm/Lettermen Row)

COLUMBUS — If there’s a secret technique that Tuf Borland has stumbled upon, the Ohio State linebacker isn’t going to share it.

Maybe there’s a trick, or maybe it’s just a matter of Borland getting healthier and stronger after suffering an Achilles injury in the spring that seemed at the time like it might cost him the entire season. Either way, the Buckeyes will take it after the starting middle linebacker forced a momentum-shifting fumble for the second week in a row.

Just like in the win over Penn State before it, Borland’s ability to dislodge the football along with making a couple tackles for loss were critical as the Buckeyes stayed unbeaten with a 49-26 win over Indiana on Saturday at the Horseshoe.

“Nah, I don’t know,” Borland said with a smile. “Sometimes you are just in the right spot at the right time and things go your way

“It feels good. At the same time, we’ve got work to do as a unit, as a group. There’s only one way to take it. The positive is we got the win, and we’ve just got to keep getting better every week.”

Borland is doing his part, and he’s again looking like a foundational building block for the defense as a whole.

That unit still has plenty of room for improvement. But if the redshirt sophomore can keep chipping in a turnover every week, odds are Ohio State is going to be just fine. 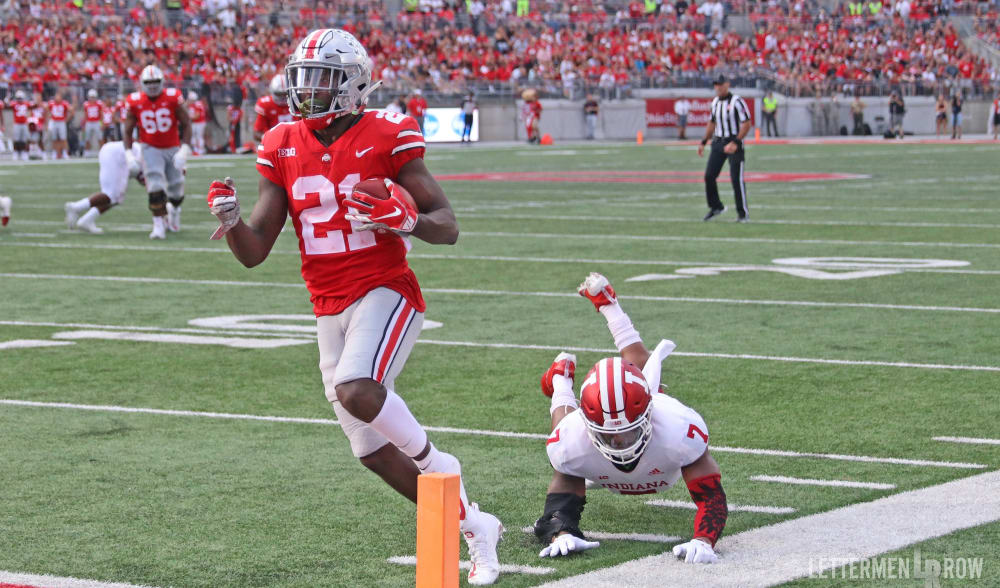 As always, Ohio State quarterback Dwayne Haskins has already been retired from consideration for this award thanks to his absurd, consistently eye-popping statistics. That left Parris Campbell as the beneficiary this week, with the speedster leaving the Hoosiers in his dust for a couple touchdowns that showcased athleticism few defenders can hope to match. The veteran wide receiver finished with 9 catches for 142 yards, and he continues to play like somebody the Buckeyes must include prominently in the game plan every single week. 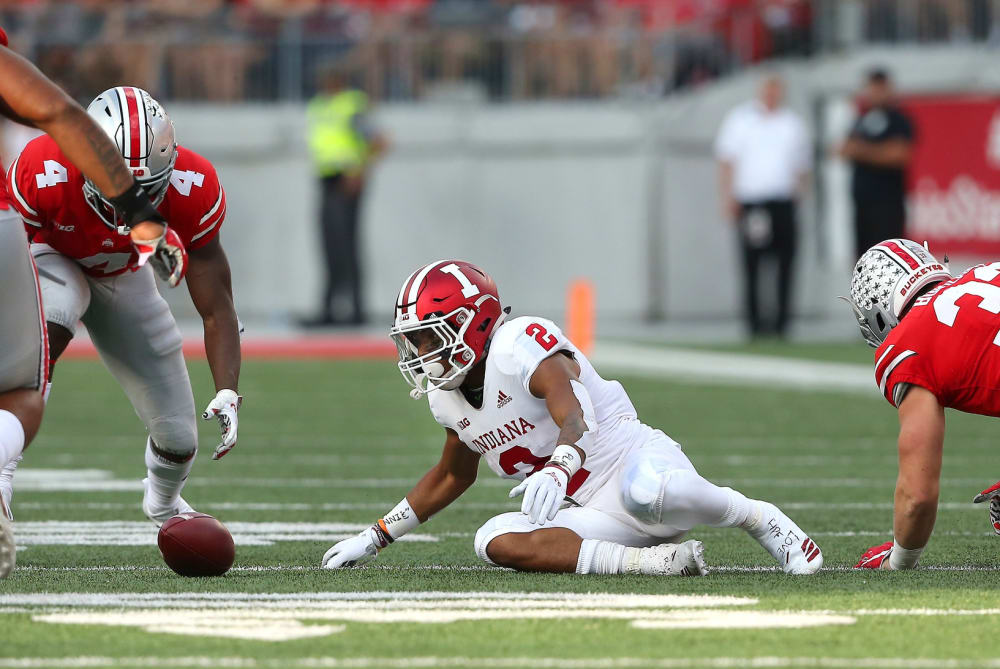 Tuf Borland forced a fumble for the Ohio State Buckeyes for the second game in a row. (Joseph Maiorana/USA TODAY Sports)

Tuf Borland will never make excuses for any inconsistency with his performance, even if he could point to the spring injury as a legitimate issue. He also refuses to pat himself on the back and shuns the spotlight, regularly deflecting praise and focusing instead on where he can improve. Clearly the unit as a whole still has room to grow, but Borland and the rest of the linebackers are starting to have the kind of impact the program expects at the position. Much like he did down the stretch last year, Borland is going to be the heart of the defensive effort when Ohio State is at its best. 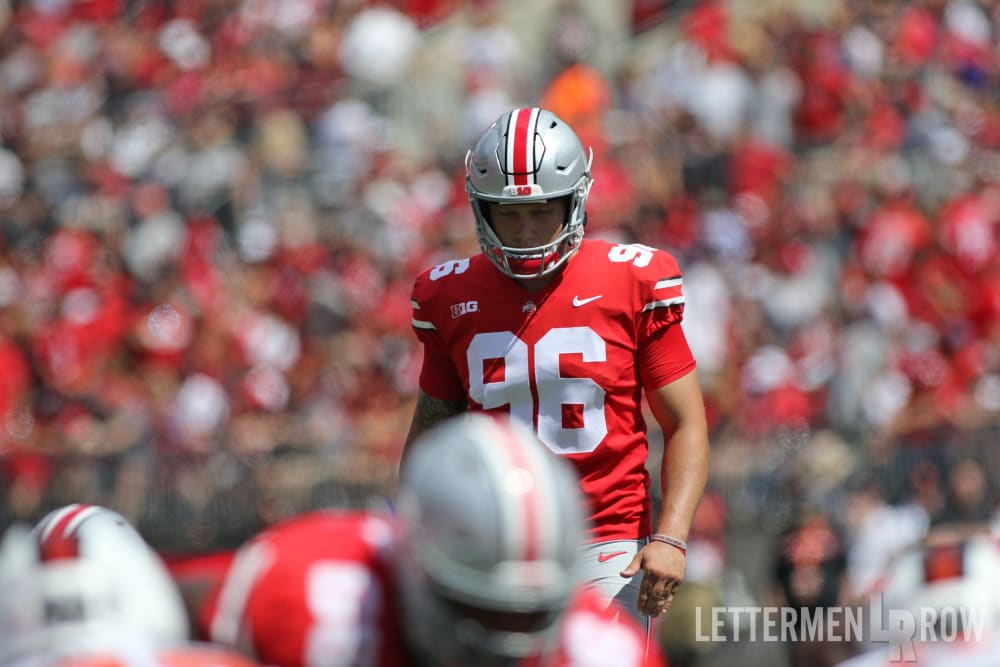 Overlooking the extra point is easy to do, but the consistency of Ohio State’s veteran kicker shouldn’t be ignored. Sean Nuernberger was once again flawless knocking through his kicks after the Buckeyes punched in seven touchdowns, running his Big Ten record of consecutive conversions up to 216. For as much as Ohio State might prefer not to even need a place kicker, it sure gets plenty of use out of Nuernberger — and he’s been handling his business like a professional now for years and providing unparalleled reliability on extra points to keep the Buckeyes on track.