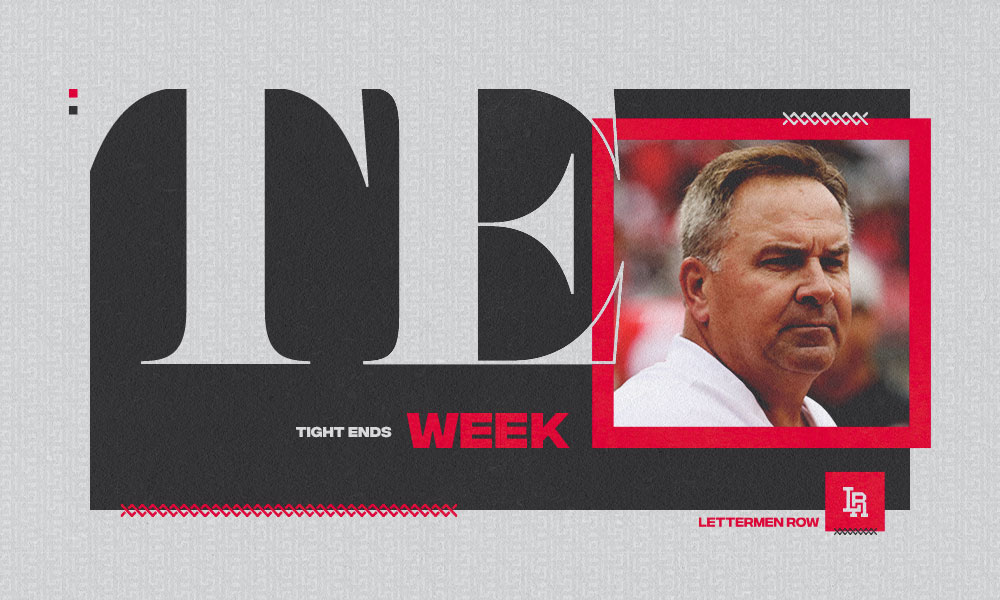 Could that position still give the Buckeyes even more work that could elevate the attack? Potentially, but there’s really nothing wrong with the system as it is, and the guys that make up arguably the most reliable unit on the team have no problems with their current roles.

So, the timeless question about whether Ohio State will throw the football more to that position probably won’t have a drastically different answer this season. But that shouldn’t overshadow the fact that the Buckeyes regularly trust two or even three tight ends to be on the field at the same time, shouldn’t diminish the value of their blocking — and definitely won’t keep those versatile athletes from developing into NFL-caliber players.

“Being known as a pass-catcher like everybody would say, but coming here where it’s technically more run-blocking stuff and perimeter blocking, I think it’s just going to help me in the long run,” junior Jeremy Ruckert Ruckert said. “The biggest thing for me when I was getting recruited was that not only do they produce NFL tight ends — the last three or four tight ends they’ve had are still in the league right now, and I think and that was important — but also the fact that they care about us off the field just as much as on the field.

That seems inevitable for Ruckert and Luke Farrell at the top of the depth chart for the Buckeyes, but the pipeline is well-stocked with tight ends with that same potential. And as Tight Ends Week winds down at Lettermen Row, let’s look back at all the recent BuckIQ episodes to get a feel for what all Ohio State has to work with this season.

How could Luke Farrell help expand the Ohio State offense as a passing-game target? What is the key for the Buckeyes tight end as he tries to find more ways to contribute beyond as a blocker? When will he come off NFL Draft boards next year? Former Ohio State tight end Jake Stoneburner was back in the film lab at Lettermen Row breaking down the highlights and answering those questions in this episode of BuckIQ.

Why is there so much excitement around Ohio State about the potential for Jeremy Ruckert? What has he proven to the Buckeyes after two years in the program? How high is the ceiling for him at tight end? Former Ohio State teammate Rashod Berry was in the Lettermen Row film lab breaking down a few clips and answering those questions in this episode of BuckIQ.

What makes Cade Stover a good fit for Ohio State on offense? How will his skills translate to tight end for the Buckeyes after spending his first season with the program on defense? Is this the right spot for him permanently moving forward? Former Ohio State captain and two-way standout Zach Boren was back in the Lettermen Row film lab looking at some clips of Stover and trying to answer those questions in this episode of BuckIQ.

What made Joe Royer so appealing to Ohio State as a recruit? What can the four-star prospect become at tight end for the Buckeyes? When might he start having an impact on the field for the program? Former Ohio State and NFL tight end Jake Stoneburner was back in the film lab looking at highlights and trying to answer those questions in this episode of BuckIQ.