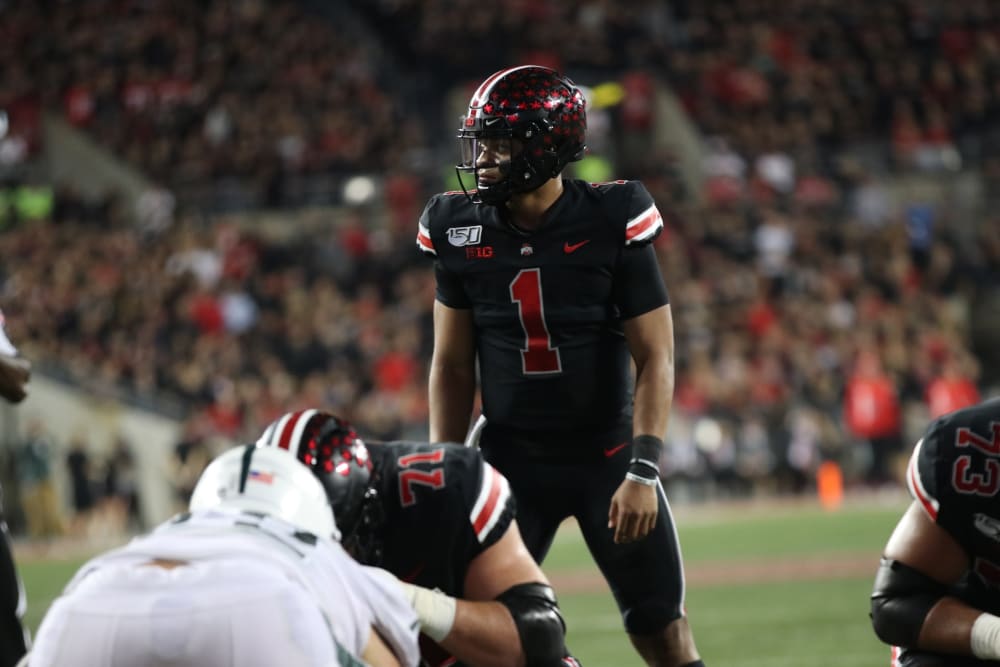 Ohio State center Josh Myers and quarterback Justin Fields had plenty to improve on during the off week. (Birm/Lettermen Row)

COLUMBUS — Josh Myers didn’t care to hash out the positive points he received from the Ohio State coaching staff.

Instead of talking about self-praise and the three things Ryan Day, Greg Studrawa and the offensive staff gave him credit for, the Buckeyes center completely focused on improvement. He also was given three points of emphasis he has to get better at.

So during the off week, the first-year starter took the criticism given to him and went to work

“They wanted me to go faster in game, get set on the ball quicker,” Myers told Lettermen Row. “I think I’m going a little too slow on that, and that really starts with me, the tempo of the offense, because I’m the one who gets set on the ball. So if I go faster, our running backs and receivers go faster.”

A faster pace is just one of the points Myers shared in the hallway of the Woody Hayes Athletic Center as he recounted his to-do list for the off date. He wouldn’t tip his entire hand, but the redshirt sophomore made sure to dish out praise of his own for the coaching staff and the ideas behind “Three Up, Three Forward,” the program Day is using to remind players how much better they have to be for Ohio State to compete for a national title.

“So, we really appreciate that ‘Three Up, Three Forward’ program. It lets you know the coaches aren’t hiding anything from you. If they don’t think you’re doing something well, they’re going to let you know. That’s a good constructive way of doing it.”

That approach also included meetings, building future plans and a few film sessions. As Ohio State was resting and recovering after a physical win over Michigan State, the off week came at a perfect time. Six games into the season, things seemed to be rolling. But that’s a surface-level way to look at a team. There are not-so-obvious flaws that become obvious for the coaching staff when the projector comes on and they dive in. 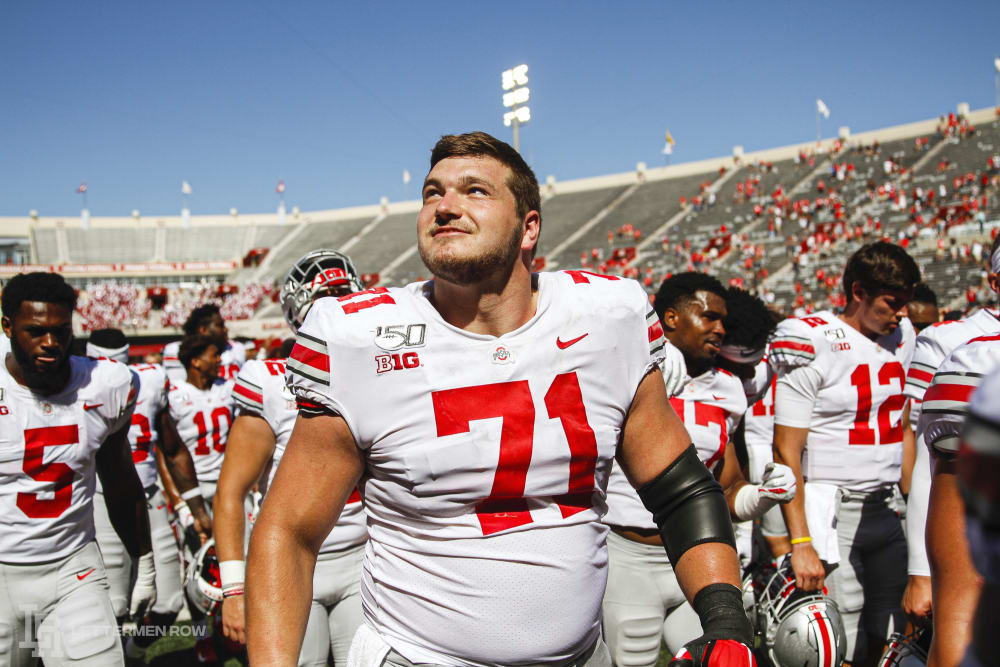 For Myers, that’s part of the job. It’s a huge part of playing center in a fast-paced offense that wants to go faster. It’s something he has to balance: Pointing out defenses and calls to his offensive line and getting a quick snap for the offense. To make it even more difficult, Myers is a guard by trade. His switch to center has taken time.

Myers has to get to the ball quicker so he can snap to Fields, who even as a Heisman candidate, had his list to improve on. Fields listed quicker reads as a primary focus for the off week. Fields found a good keeping spot for his list, so it can serve as a reminder.

“It’s just kind of going through my reads better,” Fields said. “I have a list in my locker. I forgot the other two that I have to look at, but yeah, I just try to take two or three things and work on them every day at practice.”

The list of improvements is something every player who has talked to the media since the off week has brought up, and it seems to be helping in the effort to keep Ohio State grounded after six straight wins by an average of more than 40 points. Of course, there are plenty of things to improve on as a team, so the conversations regarding a team effort were had as well.

“Those are ways to really say: Hey, these are things that if we’re going to get where we want to go, you’re going to have to do that,” Day said. “And then talking to the team about things we need to do better as a team.”

Where the Buckeyes want to go is the College Football Playoff. Right now, they’re certainly on pace to make that happen. As good as Ohio State has looked, every player on the roster had at least three things to work on during the 12 days between games.

But they also don’t want to reveal everything to the outside. Ohio State is keeping a lot of the improvements in-house.