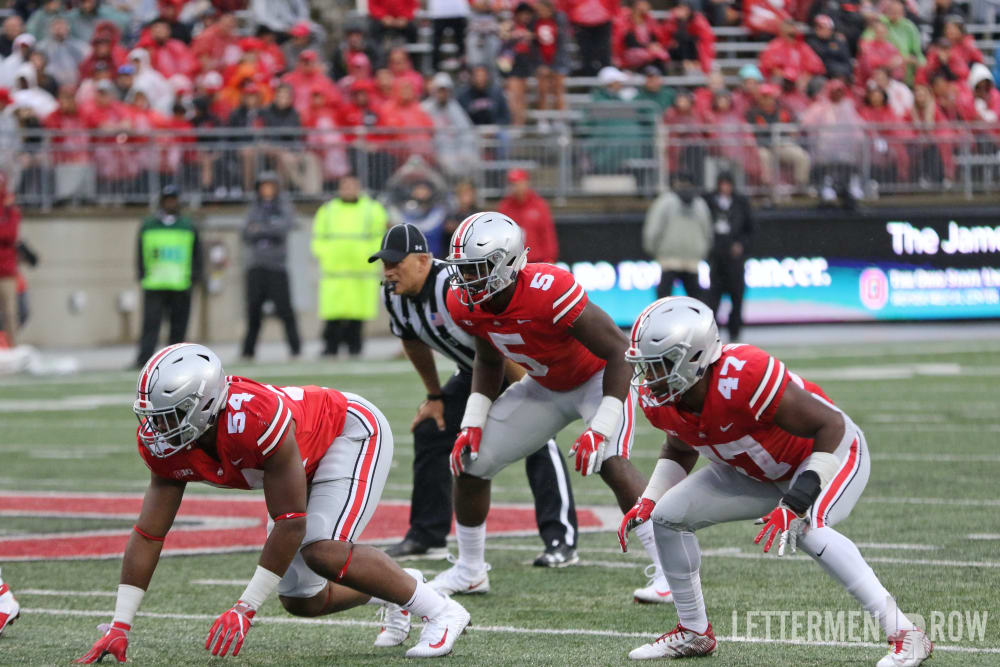 Ohio State linebackers like Baron Browning will be tested against TCU. (Birm/Lettermen Row)

The speculation, debate and conversations about Ohio State never end, and Lettermen Row is always ready to dive into the discussions. All week long, senior writer Austin Ward will field topics on the Buckeyes submitted by readers and break down anything that’s on the minds of the Best Damn Fans in the Land. Have a question that needs to be tackled, like the one today on the Ohio State defense? Send it in right here — and check back daily for the answers.

What’s the key for the defense to stopping TCU’s offense?

The defensive improvement from an uneven Week One to a suffocating performance on Saturday against Rutgers was unmistakable, even if the level of competition for Ohio State still wasn’t all that stiff. But that’s about to take a significant jump this weekend down in Texas against a speed-laden TCU offense, and the Buckeyes are going to find out a lot about themselves in the process of trying to slow it down.

Ohio State might need to click it up couple notches more and continue on the growth curve it’s established throughout training camp and now two games early in the season. Specifically, the spotlight is going to be on the linebackers.

TCU has an impressive collection of talent on the offensive line, but there probably isn’t a group anywhere in the country equipped to handle the Rushmen right now. The Horned Frogs also have some dangerous weapons at the skill positions, although other than some issues when safety Jordan Fuller was out, the Buckeyes look as loaded as ever in the secondary. So, that’s going to leave the linebackers in the crosshairs for TCU, which has a mobile quarterback in Shawn Robinson who can put some stress on that unit — especially if some screens and misdirection plays are creatively thrown into the mix. 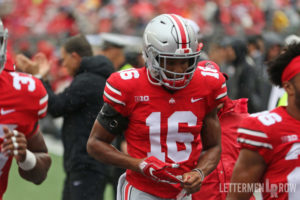 “Well, it’s a big challenge,” defensive coordinator Greg Schiano said. “No. 1, it changes all the math. When the quarterback carries the ball and can do it well, then the defensive math changes. Really, playing good defense is getting people to the point of attack and then making the tackle. So when the quarterback runs it you need to get another guy to the point of attack.

“And on the passing downs, if he has the ability to scramble, you have to account for that. And [Robinson] is a very good runner.”

The Buckeyes already knew that before breaking down the film after trying to recruit Robinson in high school, and it’s possible that familiarity may provide at least a slight edge in preparing for him this week.

The real key, though, always comes down to execution. And in that regard, there hasn’t been much concern coming from the coaching staff that it needs to change its approach to deal with the schemes being thrown at the Buckeyes — as long as they do their jobs properly.

Ohio State can’t afford any missed assignments like it had in in the opener against an Oregon State offense that surely gave TCU some ideas for the top-15 clash at AT&T Stadium. And to the credit of a handful of linebackers who are really just contributing significantly for the first time like Baron Browning, Pete Werner, Keandre Jones and Justin Hilliard, that group seemingly made the most of those teachable moments to improve in a hurry.

It’s obviously critical to have Tuf Borland for Ohio State back patrolling the middle. That unit was far more productive last season once he was inserted into the lineup, and assuming he’s once again in line for an increased workload in his steady progression after a spring Achilles injury, the Buckeyes should be in good shape to show what they’re capable of against a versatile offense.

One way or another, though, it’s a safe bet that the Ohio State linebackers are once again going to be right in the middle of determining the outcome of another big game.