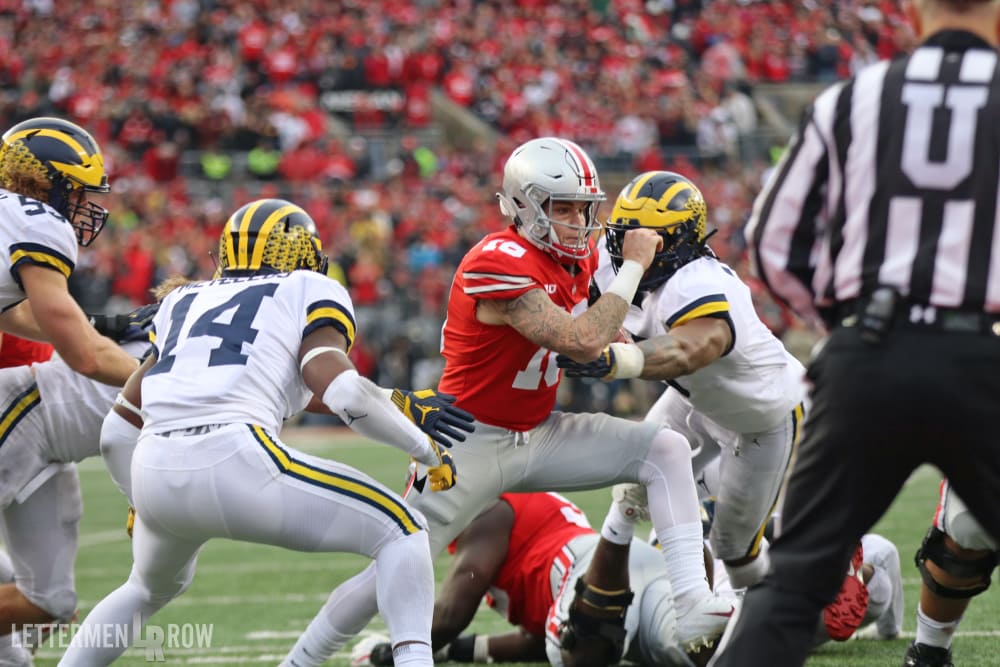 Ohio State is struggling to find much success with Tate Martell in the red zone lately. (Birm/Lettermen Row)

The speculation, debate and conversations about Ohio State never end, and Lettermen Row is always ready to dive into the discussions. All week long, senior writer Austin Ward will field topics on Urban Meyer and the Buckeyes submitted by readers and break down anything that’s on the minds of the Best Damn Fans in the Land. Have a question that needs to be tackled, like the one today about the matchup with Northwestern? Send it in right here — and check back daily for the answers.

I was all for the Martell package, but looks less and less effective. Would they be better off just running it with Haskins, with his new found effectiveness in it?

That almost certainly wasn’t the intent, of course. The Buckeyes were struggling in the red zone, and Urban Meyer wanted a quarterback who would run to even the numbers in the box and potentially provide a spark with added athleticism as well. It made sense to get Martell involved a couple weeks ago and unveil that wrinkle, and it briefly even showed signs of potential.

But while the effectiveness wore off, Haskins appeared to be taking his removal from the lineup even for a couple snaps as a personal challenge. And now that he’s dropping his pads, using his feet, churning for extra yards and punching in touchdowns himself, there doesn’t really seem to be any point to turning to Martell to handle that role.

On top of that, it’s really not working anyway. Both drives that featured Martell inside the Michigan 10-yard line last week ended in field goals — which wouldn’t appear to be much of a problem if it hadn’t occurred in a game where the Buckeyes were having no issues scoring whatsoever as they hung 62 points on the nation’s top-ranked defense. 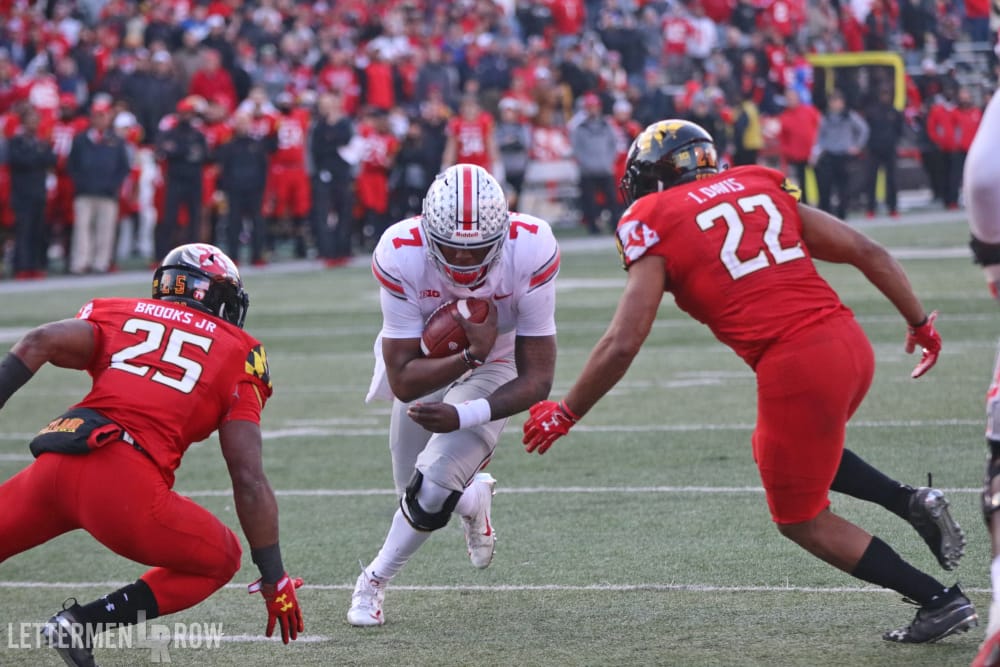 “It hasn’t been decided yet,” Ohio State coach Urban Meyer said. “I’m a Tate Martell fan. So, I’m pushing it real hard. And we’re going to do what’s best … but it’s certainly not him. To say, ‘Well, it’s not working because he’s not doing a good job.’ There are other things involved.

That’s completely understandable given the electric athleticism Martell has shown in flashes, the way Ohio State has seen him mature as a worker on the practice field and perhaps even with some of the previous short-yardage struggles in Meyer’s mind. And this is by no means intended as a criticism of Martell’s ability or potential to become a starting quarterback down the road for the Buckeyes.

Maybe it’s simply bad luck that penalties have happened and a bad snap caused a fumble when he’s inserted in the game instead of being a product of disruption to the offensive chemistry. It’s probably a challenge for Martell to come in relatively cold and make all the proper decisions in the zone-read game, which he appeared to struggle with in that small sample size against Michigan. And without teams worrying about him throwing the football, the Buckeyes also become somewhat predictable when they make that quarterback switch.

But simply leaving this more mobile, supremely motivated, tougher version of Haskins on the field can solve all of that at once. He’s the guy who is driving Ohio State to these offensive heights, and there is really no way to dispute that with the way he’s performed down the stretch.

So the best thing for the Buckeyes now is to just leave Haskins out there and let him lead them into the end zone.