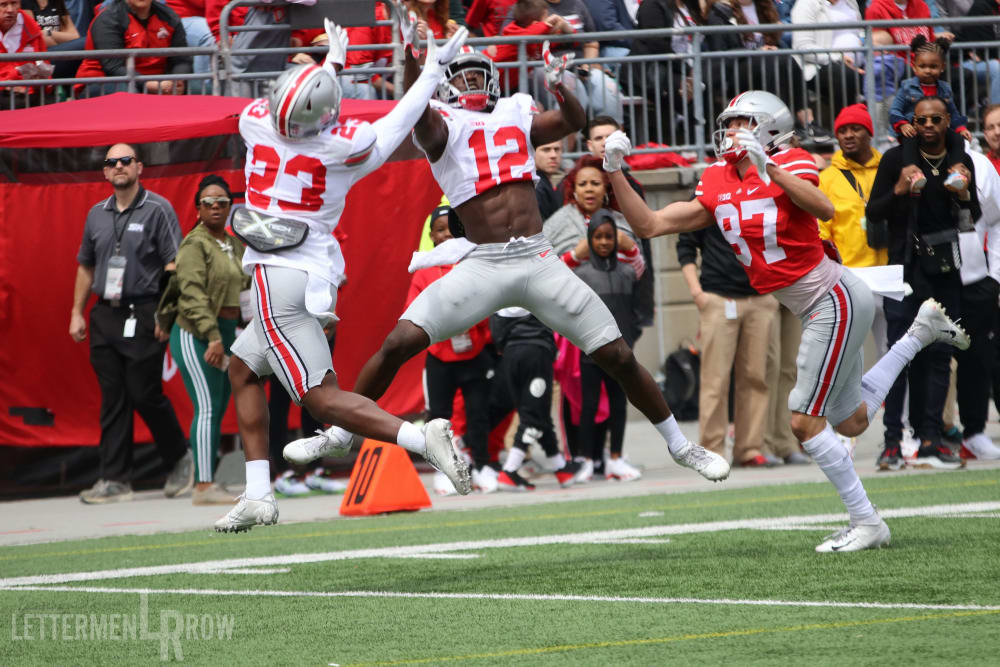 Ohio State closed out spring with a solid outing on defense. (Birm/Lettermen Row)

COLUMBUS — Chase Young did a lot more watching than playing in the Ohio State spring game on Saturday.

He’s a first-string defensive end, after all, considered one of the pillars for the reconstituted defense. He’s one who has paid his dues and needs not to face extended jeopardy in a mere exhibition.

But really, the junior leader, the one who often gave the defenders their motto for the day before each spring practice, has been doing a lot observing for a couple of months now. He likes the progress he’s seen for the group as a whole under the direction of new defensive coordinator Greg Mattison — and one platoon in particular.

“I’m just happy the [defensive backs] have a lot more confidence,” Young said of a unit, which along with the linebackers, bore the brunt of the criticisms leveled at a 2018 defense prone to give up huge plays. “I was concerned. Last year, they just weren’t playing like they wanted to play. They didn’t seem to feel like they wanted to feel.

“But you go through spring practice you see them smiling, talking smack, taking on those receivers. That’s what I like to see. That’s what a DB is. I’m just real confident. I think they’re going to ball out this year.” 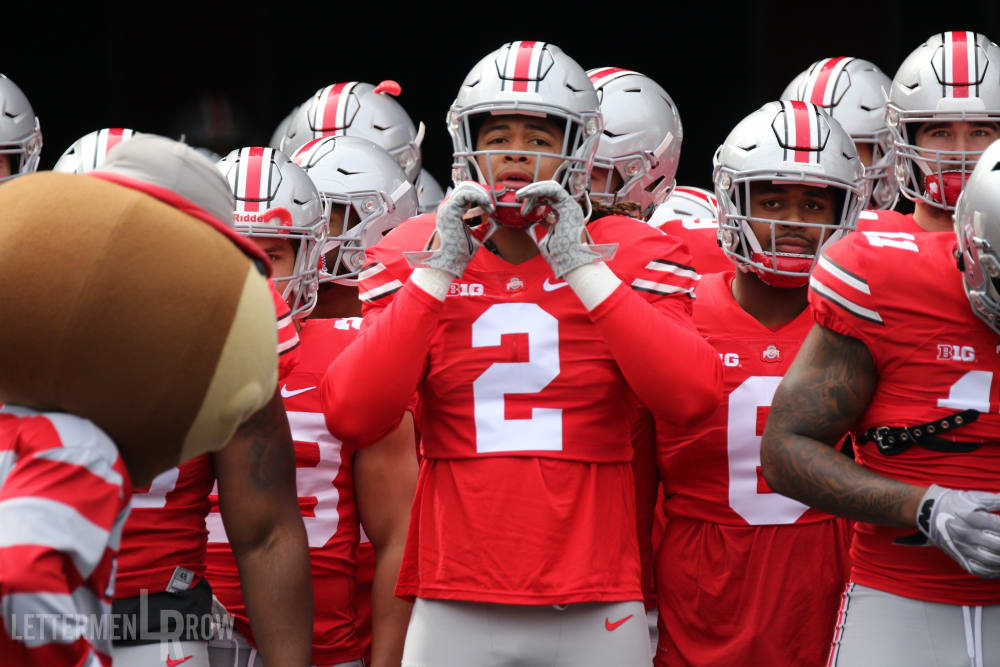 Ohio State defensive end Chase Young is emerging as a leader for the Buckeyes. (Birm/Lettermen Row)

The poster child for the improvement, at least based on Saturday’s game, was Jahsen Wint. Ohio State fans remember him as being lumped in with fellow safety Isaiah Pryor for a lot of the scorn when things went south early last season as far as run support or pass coverage cracks.

Fans lamented, if only the Buckeyes had another safety to go along with the other starter Jordan Fuller, who was pulling his weight but couldn’t be everywhere at once.

Eventually, the answer was found to be Brendon White, who at first was inserted as an emergency starter midway through the season. He seemed to bring security and occasional big-hit moments to the back of the defense.

When Mattison and new defensive backs coach and co-coordinator Jeff Hafley arrived over the winter along with two other new defensive coaches (Al Washington for the linebackers, Matt Barnes as an assistant in the secondary), the plan was made to turn White into the “Bullet” for the Silver Bullets. As in a wildcard who could line up in the secondary one play, with the linebackers the next play and perhaps as an edge rusher from the wide-9 technique spot the next.

That was no surprise. But what did turn heads was the assertion that Wint was in that conversation, too, since the Bullet needed depth. It was hard to remember a play made by Wint in the fall. 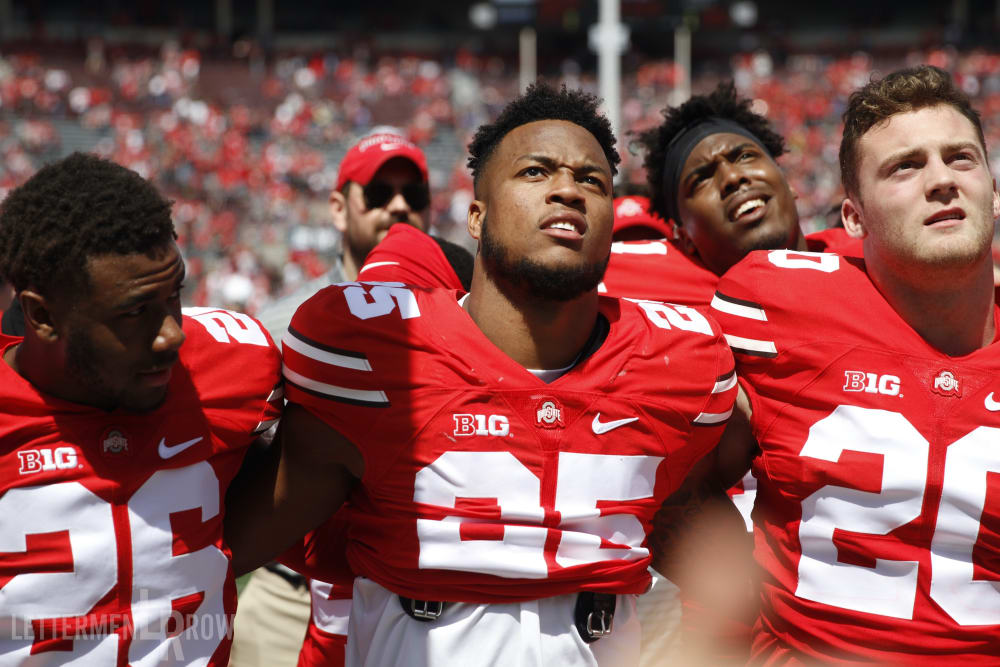 Ohio State “Bullet” Brendon White didn’t need to do much work on Saturday for the Buckeyes. (Birm/Lettermen Row)

Through the spring, though, the coaches said Wint was having a good month. Then came the spring game Saturday, and from a safety spot he had two running interceptions on passes thrown to the edge within moments of each other which turned the contest solidly the way of the Gray.

Sure, it was only a spring game, but it was the kind of confidence boost Wint never gained through last season.

At game’s end, Wint took a moment to do a little dance on the south end of the field. Though he wasn’t available for interviews afterward, Young said there was no doubt about the impact for the fourth-year junior from Erasmus Hall High School in Brooklyn, N.Y.

That’s what the spring is all about.