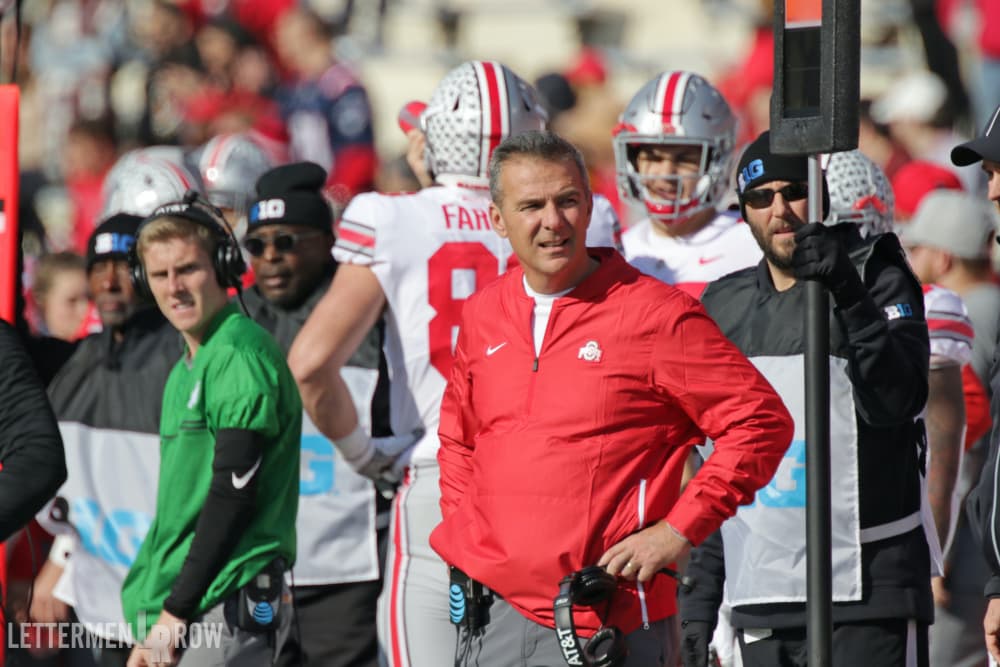 But they haven’t quite tracked down the Buckeyes yet.

There’s really no sense in denying at this point that the program is capable of some truly puzzling performances, and even in a win, it’s fair to wonder right now if its living up to its tremendous potential.

But the bottom line? Ohio State 52, Maryland 51. The Buckeyes survived for another week on Saturday at Maryland Stadium, but it also raises a lot of questions about the state of the team and their ability to win against a much tougher opponent next week in The Game.

Maybe that seems like too extreme of a statement for just one overtime battle when there is still a chance to win the Big Ten. But next week against Michigan looks even more daunting, and what happened against the Terrapins lends some credence to the idea that things just aren’t quite right for Ohio State — even with another double-digit win total now secure.

There will be much, much more coverage to come at Lettermen Row, including Urban Meyer’s press conference live right here and on our YouTube channel. But before all that, it’s time to start with Snap Judgments.

Defensive progress for Ohio State was a mirage

There is absolutely no way to sugarcoat that effort for the Buckeyes on defense: It was a complete disaster. Ohio State looked utterly lost with its assignments, alignments and even simple fundamentals of tackling, and it produced some truly mind-boggling numbers as Maryland jumped out to an early lead. No defense with as much talent as the Buckeyes have recruited should ever be gouged for 281 yards and three touchdowns on the ground — in just a half of football. At some point the coaches have to take accountability for what’s happening given the depth and skill on the roster, and it’s time for some serious conversations about the makeup of the staff.

Look, there’s really no way to excuse the way Ohio State came out of the gates on Saturday. And there were a number of issues that piled up and will have to be addressed in depth if the Buckeyes are going to knock off Michigan in The Game. But it’s worth giving them credit in all three phases for the way it responded to adversity and refused to give up when it felt at times like everything was working against them. Given some of the downright weirdness, Ohio State could have easily let Maryland add its name to the list of blowout losses alongside Iowa and Purdue, but it wouldn’t let that happen.

The issues aren’t anything new at this point, but the continued issues with penalties are confounding and not exactly an encouraging signs of Ohio State’s attention to detail. But the new problems with turnovers are probably an even more concerning development for the Buckeyes, particularly since one ended a drive in the red zone and the other directly produced points with Maryland returning an interception for a touchdown. At some point, Ohio State continuing to do damage to itself was bound to catch up to it. 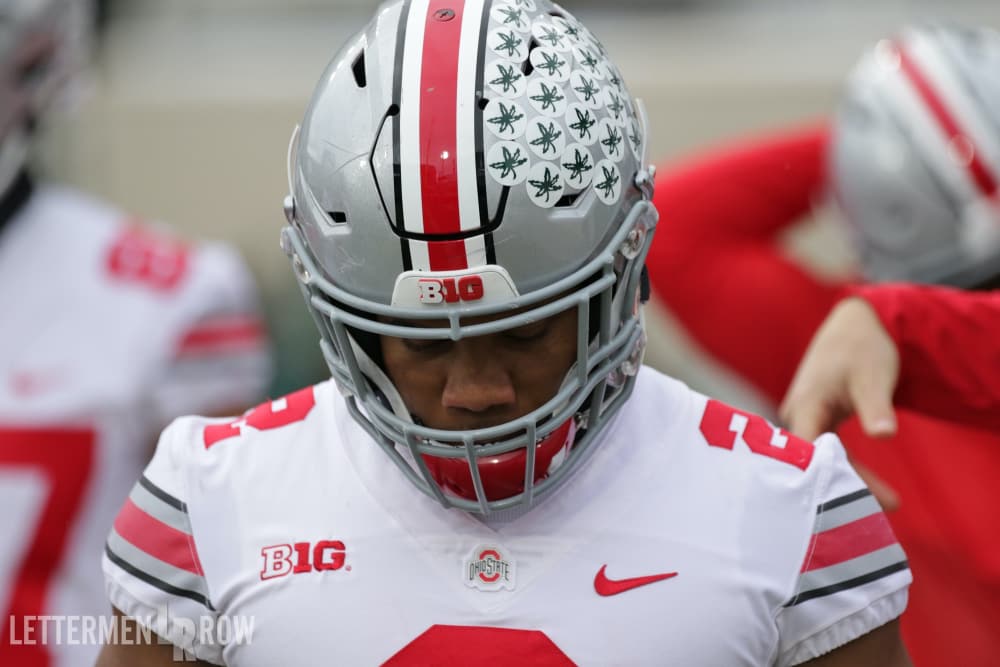 The status of Mike Weber remained a mystery for most of the afternoon, but Ohio State was just fine with half of its loaded backfield cleared and active at Maryland. And J.K. Dobbins clearly enjoyed his chance to run again with the job all by himself to lead the Buckeyes on the ground. There was a lost fumble in the red zone, although it appeared his knee might have been down. But other than that one negative, virtually everything else was positive for the sophomore in what will go down as his toughest, grittiest performance of the season. Ohio State would have been in a world of hurt without Dobbins and his career-best 203 yards.

After delivering a truly remarkable effort on special teams to keep earning his captain’s stripes last week, Terry McLaurin offered a handful of reminders that he’s pretty gifted as a wide receiver as well. The senior broke loose of coverage and adjusted to a slightly under-thrown ball from Dwayne Haskins to get the Buckeyes on the scoreboard with a 68-yard touchdown catch in the second quarter, and he followed that up with a highlight-reel grab on a 39-yarder as he fought through interference to help set the table for a score.

Ohio State will win at Maryland — but defense will determine by how much
Urban Meyer: Ohio State press conference after OT win over Maryland
Advertisement