Connect with us
Ohio State is earning some depth from inside the state in Ryan Jacoby. (Birm/Lettermen Row)

COLUMBUS — There is really no secret about where one of the nation’s most explosive offenses can get even better for Ohio State. And Ryan Jacoby is part of the plan to make sure the blocking up front gets back to the level the program expects.

That surely won’t happen right away with the Mentor product. But Jacoby has size at 6-foot-5, 270 pounds, he’s been tested against solid competition in Ohio and he knows the history and standard with the Buckeyes.

Add it all up and the new signee was close to a perfect fit for Ohio State as it added him as key cog in another impressive recruiting class on Wednesday — particularly with him staying close to him and sticking with Ryan Day through the coaching transition. 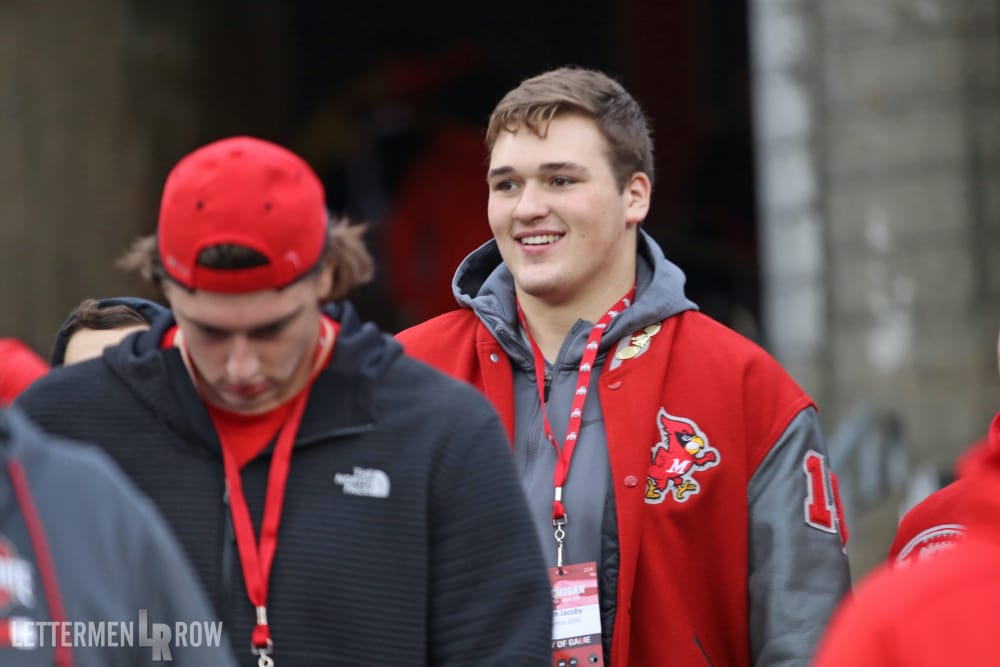 Ohio State signed Mentor product Ryan Jacoby, who could develop into a key contributor on the offensive line. (Birm/Lettermen Row)

Jacoby will obviously play one of the most important roles in that given the importance Ohio State places on production from the linemen, and he could potentially line up win multiple spots thanks to his athleticism. That will remain to be seen once he actually gets on campus and gets to work, but there is plenty for the Buckeyes to like about what he’ll be bringing to the table.

Former Ohio State right tackle Reid Fragel was back in the Lettermen Row film room breaking those skills down from the highlight reel of Ryan Jacoby. And in the latest episode of BuckIQ, Fragel took note of a handful of traits that could help Jacoby eventually become the kind of foundational player the Buckeyes want up front.