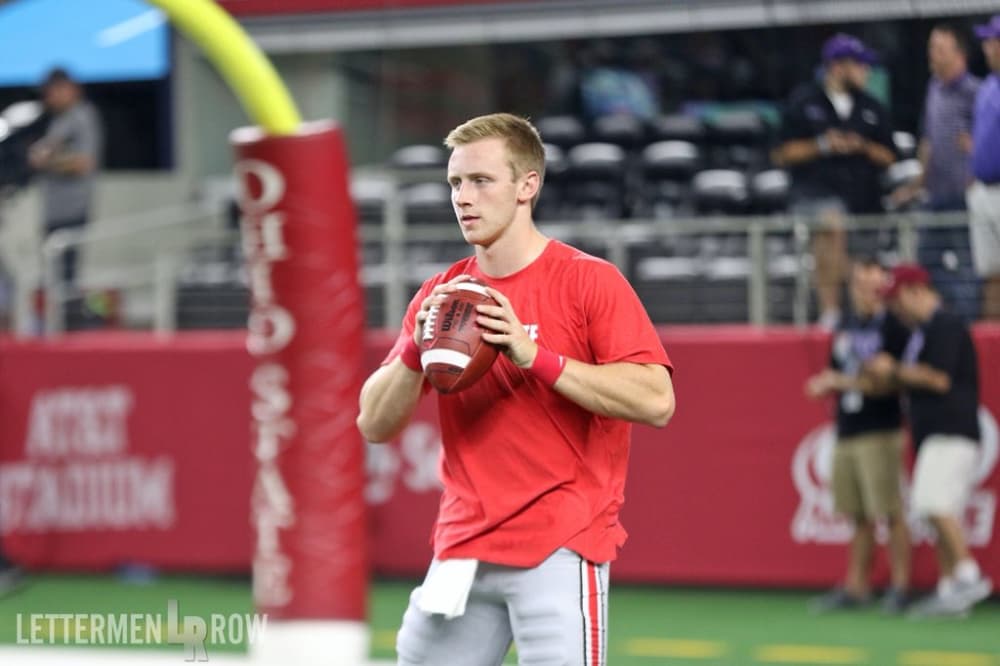 The speculation, debate and conversations about Ohio State never end, and Lettermen Row is always ready to dive into the discussions. All week long, senior writer Austin Ward will field topics on Urban Meyer and the Buckeyes submitted by readers and break down anything that’s on the minds of the Best Damn Fans in the Land. Have a question that needs to be tackled, like the one today about Matthew Baldwin and the quarterback job? Send it in right here — and check back daily for the answers.

Is Mathew Baldwin a true contender fir the job next year if Haskins leaves?

Dwayne Haskins may not be ready to make it publicly official, but the odds of him returning that have been shrinking for the last two months are almost completely nonexistent now. Ohio State is going to need a new starting quarterback next season, and it shouldn’t be assumed that his current backup will wind up with that job.

In fact, it’s quite possible that Matthew Baldwin is better suited to run this version of the offense for the Buckeyes as Ryan Day begins his tenure. In fact, if the true freshman isn’t favored going into spring practice in March to beat out Tate Martell, he’s at least an underdog worth betting on in a race that figures to be much closer than many expect.

What Baldwin will no doubt lack in terms of mobility, improvisation and electricity as a dual-threat option compared to Martell, he more than makes up for with arm talent, accuracy and physical strength. Assuming that Ohio State enjoyed this updated edition of the power-spread shredding the Big Ten thanks to finally expanding the passing attack, the most continuity in the system would likely come from Baldwin instead of having to go back to a playbook heavier on quarterback runs. Like Haskins or Cardale Jones, Baldwin isn’t going to win a lot of footraces — but he’s capable enough of moving the chains or buying time in the pocket if need be. 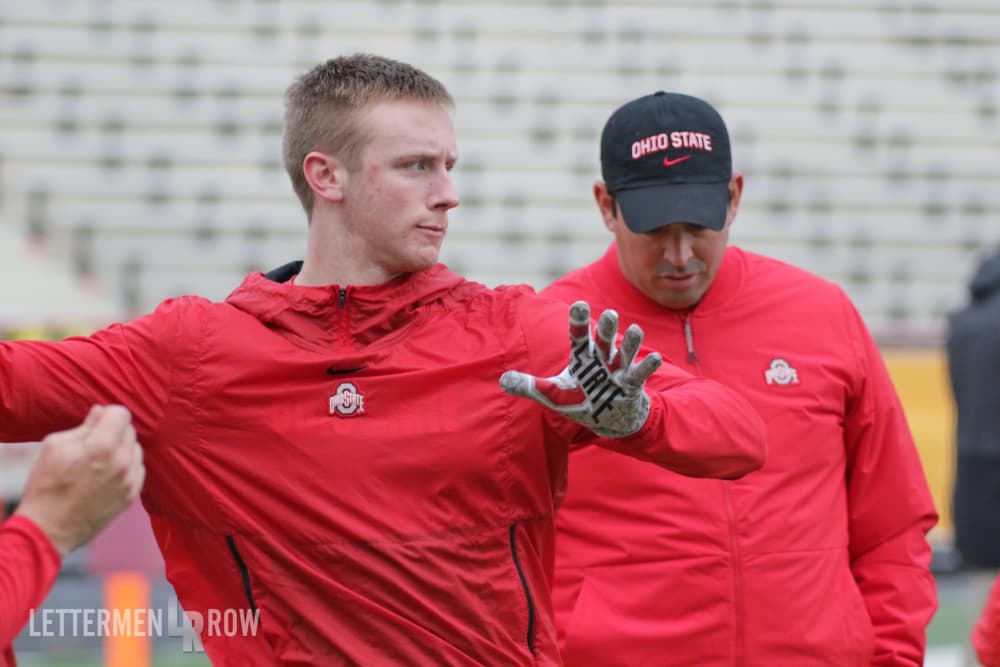 It’s also important to remember that the Texas native was a hand-picked recruit of Day’s and somebody he personally identified as a potential building block for his offense. Thanks to only having one full season as a starter at powerhouse Lake Travis, Baldwin never had any of the recruiting buzz or hype that swirled around Martell for his entire high-school career. But Baldwin was prolific as a senior before injuring his knee in the playoffs, which pushed him back slightly when he needed surgery after enrolling last winter at Ohio State but hasn’t been an issue for his development this season.

Martell’s exciting with the football in his hands, he’s won a ton of games throughout his career and Ohio State has pointed to his improving maturity throughout the year as it tried to find packages to get him on the field. He could certainly be worth building the offense around next season and making changes to highlight his natural skills. That shouldn’t be considered a sure thing, though, and not just because there always seems to be drama with him even on straightforward days when he’s the only player not to show up during the scheduled time for hotel check-in during training camp.

Ohio State has a clear succession plan in place on the coaching staff with Urban Meyer handing the reins to Day after the Rose Bowl.

But don’t expect it to be that simple as Dwayne Haskins passes the torch at quarterback.