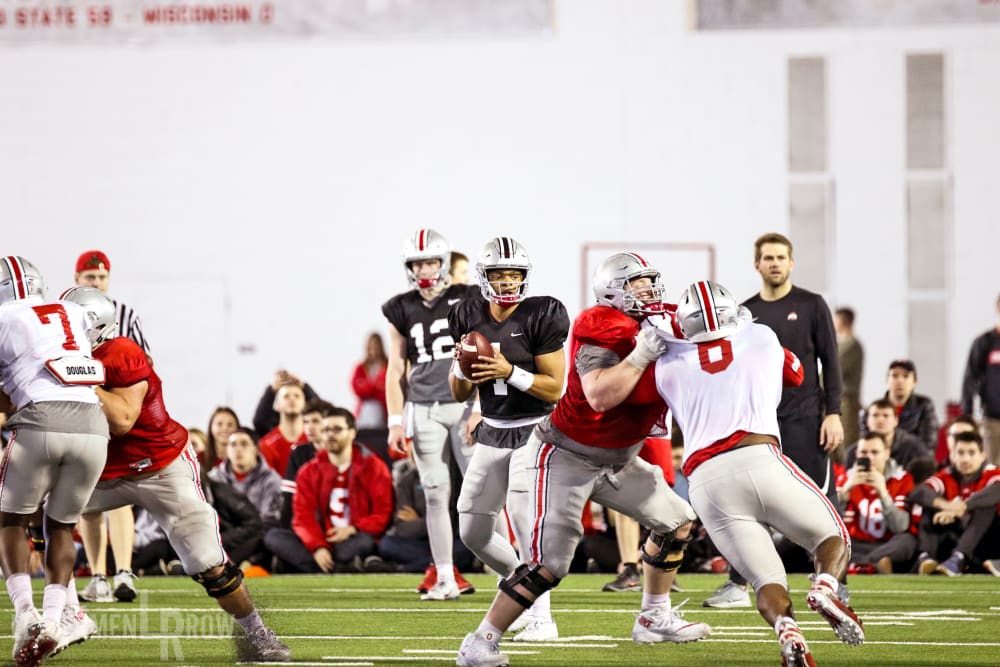 COLUMBUS — Ohio State might actually have somebody out in front in the race to be the next starting quarterback, but Ryan Day is still waiting to see the numbers first.

The Buckeyes have worked throughout spring without designating either Justin Fields or Matthew Baldwin as the leader in that critical head-to-head competition, with Day content to just let the body of work develop without seeking out daily progress reports for accuracy, successful drives or positional grades.

With nine workouts now complete, though, the time is coming for Ohio State to start taking a deeper look at the situation with spring camp coming to an end next week and enough practice reps now on film for there to potentially be separation between Fields and Baldwin. But as of Monday morning, Day still wasn’t seeing much daylight between his two options to replace Dwayne Haskins.

“We’re going to start looking at the completion percentage and who is moving the ball a little bit as we get to the end of the spring,” Day said. “We haven’t really dug into that, I think later today I actually want to see the numbers and kind of see where we’re at with that. Because I think we’re starting to get to the point where I think there’s enough snaps on film where we can start to get an idea of where guys are at. But as I sit here right now, no. 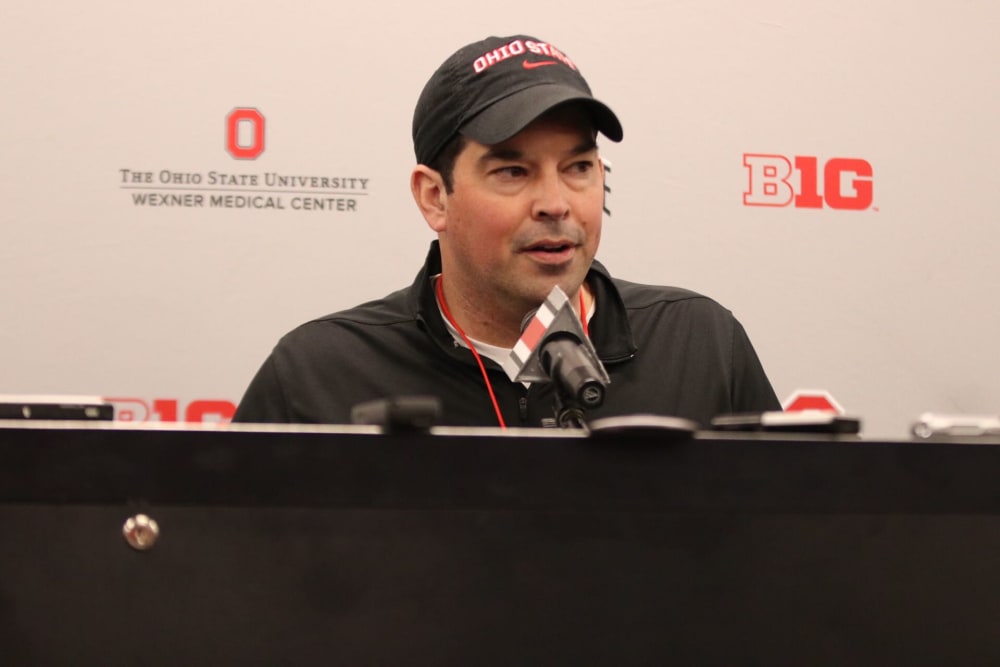 There seemingly hasn’t been much reason so far to expect a different outcome than the one that was widely expected once the highest-rated recruit in school history transferred in from Georgia, and Fields has consistently been taking first-team reps during the open portions of practice so far at the Woody Hayes Athletic Center.

Baldwin has impressed with his arm strength and looks more than capable of being an impactful player in the program at some point. But with the dual-threat ability Fields brings to the table and the early removal of his black stripe, there are starting to be signs that suggest he’s the likely pick to eventually pull ahead and take the reins of Day’s offense.

“[Fields] made plays, came out with a good attitude in terms of understanding what it takes to be a quarterback, preparation wise,” Day said. “He did a good job early on, and he’s only been in the offense here for, I guess, eight or nine practices. But he’s picked it up pretty quickly overall.

“The fact that he’s kind of able to run the offense right now with not a lot of reps under his belt is significant, and he’s made a few plays with his arm and his feet.”

That’s been easy to see with the naked eye at Ohio State so far this spring. Now the Buckeyes are looking for some cold-hard facts to back that up before making any kind of decision at quarterback.

Ryan Day updated the progress for the Buckeyes after practice on Monday morning, and he was joined by the offensive line unit. Position coach Greg Studrawa and Ohio State linemen Branden Bowen, Joshua Alabi, Nicholas Petit-Frere, Gavin Cupp, Josh Myers and Wyatt Davis all spoke with the media following the workout. Full video interviews will be available here and on the Lettermen Row YouTube channel.