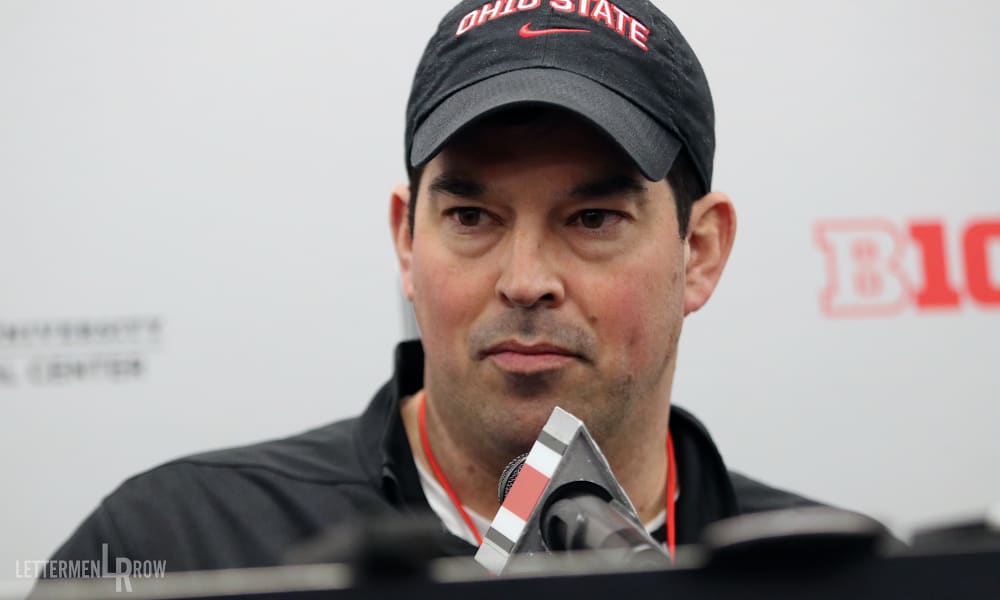 COLUMBUS — With just one week of spring practice remaining before the annual spring game, the new-look Ohio State coaching staff has had a busy offseason getting acclimated to new positions.

That starts with first-year head coach Ryan Day and trickles down to the assistants he brought along with him to fill out his staff.

The two headliners of Day’s new staff are defensive coordinator Greg Mattison and linebackers coach Al Washington, who Day poached from the Michigan coaching staff, stoking a new fire in the rivalry before he even faced the Wolverines as a head coach. The talk of the rivalry isn’t important, however, compared to the coaching staff getting comfortable with one another. That’s the first step.

“They’ve done a great job so far,” Day said. “They started off by getting with Larry Johnson and talking about some of the personnel that we had and built it from there.”

That defensive staff doesn’t just include Mattison and Washington. New co-coordinator Jeff Hafley had to make possibly the biggest adjustment; he came to Ohio State from the NFL.

That’s not always an easy hurdle to clear, but Hafley has done a nice job getting accustomed to college coaching.

“Jeff had to make a few adjustments,” Day said. “Going from the NFL hashes to the college hashes and some of the other things, but they’re flying around right now. The guys on defense feel like they’re getting better.”

Hafley’s had plenty of coaching experience, although his name wasn’t well known when he was hired. But Day is excited to see what the defense will look like under Mattison and Hafley; it’s a simple style of defense.

“Jeff’s the best,” Day said. “He does an unbelievable job.” 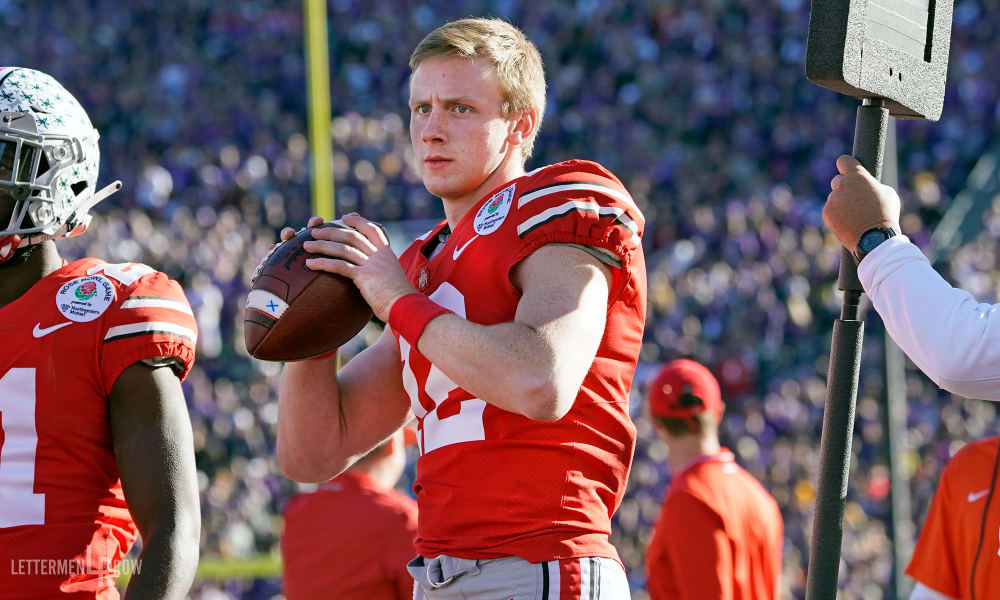 Matthew Baldwin has been in a quarterback competition with Justin Fields throughout spring practice. (Birm/Lettermen Row)

No quarterback update for Buckeyes

With just one week of spring ball left, the quarterback battle is heating up, but Day isn’t in any position to name a frontrunner yet.

“We’ve been playing a little bit more zone coverage, so the completion percentage is kind of on par with what Dwayne [Haskins] was last spring,” Day said. “So, we want to keep working on that heading into the last week here. I think we should be a little higher than we were last spring because of the style of defense we’re going against. But today was an opportunity to kind of move the ball up and down the field a little bit more and play more situational stuff, so I thought the guys competed really well. And I thought they both did a good job.”

Both have done a good job, and many believe the competition is just a formality until Day names Georgia transfer Justin Fields the starter. But that isn’t the case. Day has maintained that yes, this is a competition.

Ohio State started Friday’s practice with five new faces along the offensive line. The spring has been a trying time for the Buckeyes, as they’ve been through injuries and position battles to piece together an idea of who’s going to play on the line heading into the fall.

Little of that seems to be solved.

Thayer Munford, who started last year, hasn’t practiced all spring and he won’t — but he’ll likely start. Wyatt Davis was sick Friday, so he couldn’t practice, either. With the tribulations the Buckeyes have gone through on the line, a couple names seem to keep coming up when talking about the battles.

“Guys are having an opportunity to step up and get a bunch of reps that they hadn’t had before,” Day said. “Really impressed with Nick Petit-Frere. I think he’s really come along and doing a nice job this spring.Guys are getting in there.

“I thought Josh is really getting a handle and becoming more comfortable every practice being up front and being in charge of everybody up front, making the calls and the protections.”