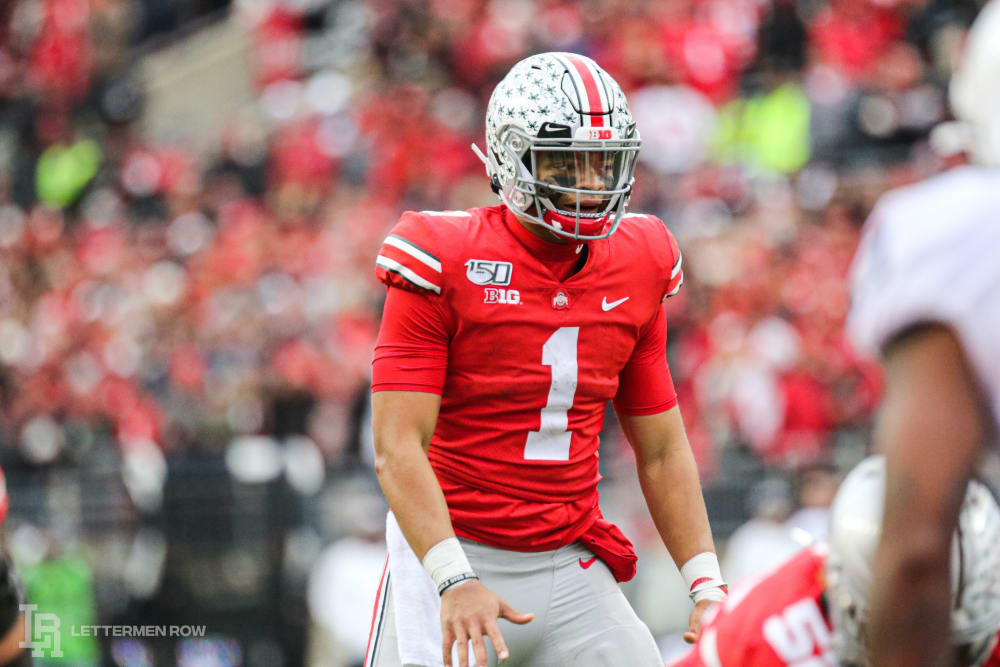 COLUMBUS — For almost every question posed the Ohio State offense the past several seasons, especially since Ryan Day arrived on the scene, it has had an answer.

Whether that continues on Saturday in the version No. 116 of The Game at Michigan remains to be seen. Celebrated Wolverines defensive coordinator Don Brown, likely still bristling from 62-39 romp last year by Ohio State over what going in was a nationally top-ranked defense, vowed three weeks ago things would be different this time as the rivals try to snap a 7-game losing streak in the rivalry.

“It’s another year, it’s a different group,” Brown said on Michigan’s official In the Trenches podcast. “They better be careful because we’re hitting our stride, too. This is a two-way street, and I know our guys will be ready in three weeks.”

Day’s reaction? Call it stare at a dare. Otherwise, he said he had no comment. 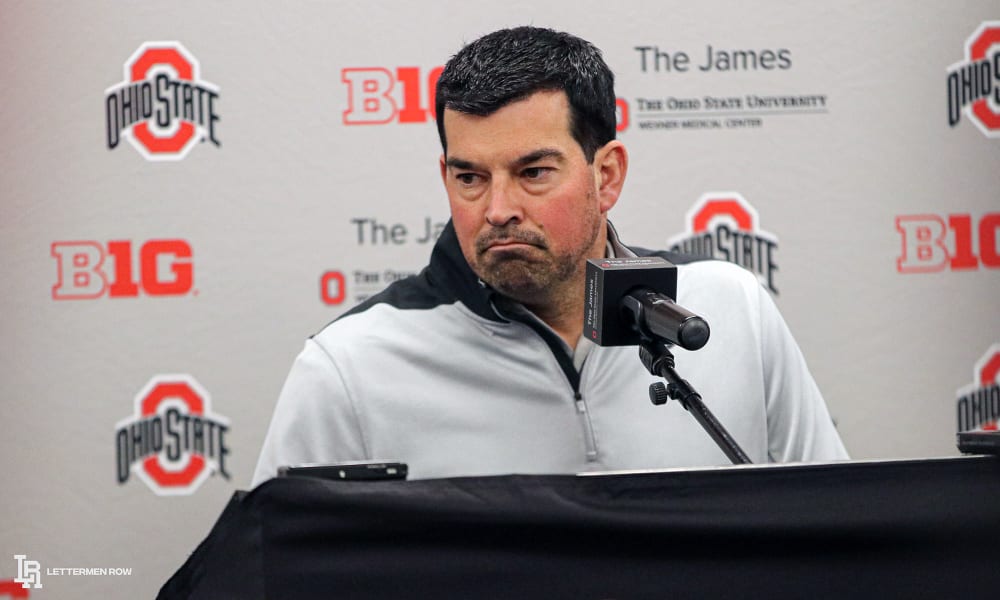 But what he and the Ohio State offensive staff had last year when Michigan mixed things up defensively were answers after answers. In fact, they were provocative responses, because, for example, the Buckeyes ripped up the Michigan defense with underneath crossing pass routes to start. Then while the Wolverines adjusted to take that away, Day and Co. were off to another package, passing to the edges.

So it went all day long, with the Buckeyes mixing in some runs to keep the defense honest, then a tunnel screen, then an intermediate crossing route, then a rare jet sweep in which Parris Campbell, with clearing blocks on the edge, set sail right down the Michigan sideline for what amounted to an in-your-face TD.

Gone, of course, are Campbell, record-setting quarterback Dwayne Haskins and many other Ohio State offenders from the 2018 ‘Shoe stomp. But with dual-threat Justin Fields running the show, the offensive line providing ample launches for the run or the throw, and J.K. Dobbins, receivers Chris Olave, K.J. Hill, Binjimen Victor and others toting the mail, the Buckeyes will enter Saturday with the nation’s No. 1 scoring offense (49.4-point per game) and No. 4 total offense (530.4-yard average).

They will enter, indeed, with a play-call sheet that seems to have more answers than even a year ago. While last year’s team relied on its wings, these Buckeyes with Fields at the helm are fourth in the nation in rushing (282.1) with an augmenting air game (No. 48 with a 248.3 avg., but No. 5 in passing efficiency).

The difference is the running ability of the speedy Fields. 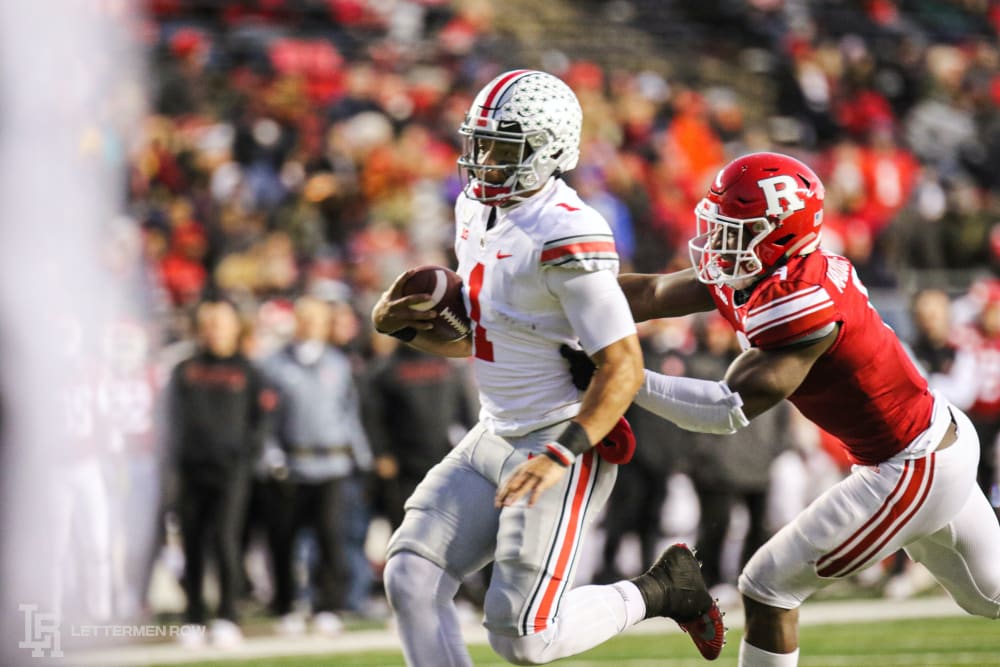 Day and his coaches, including offensive coordinator Kevin Wilson and passing game coordinator Mike Yurcich, leaned on that surprisingly last week in the first showdown game of this stretch run against Penn State. Though the stat sheets screamed throw the ball against a defense that was fourth in the nation against the run and iffy versus the pass, Day ordered his team to charge on the ground.

It was like watching a Penn State defense that had braced for one punch but was hit repeatedly by another. The two lost fumbles by Fields and another by Dobbins clouded what otherwise was a dominant performance. And though Fields took some hits on occasion, his third-down — and at least one fourth-down — runs to keep drives alive highlighted the success of that section of Day’s play-call sheet.

Further, Day and staff have taken the offense back to yesteryear in terms of the running game. Fields occasionally has been under center, for example. The inside zone staple has endured, but they’ve also employed the outside zone more frequently to take advantage of an athletic offensive line and of Dobbins and backup Master Teague, who aren’t reluctant to cut it up against a stretched defense when the slightest daylight appears.

So how will Day order the Buckeyes to attack a Michigan defense? At least on paper, the Wolverines are not quite as good as last year, but according to Brown, will enter with tricks up their sleeve and a new resolve. The answers will come, perhaps in light rain or snow, in Michigan Stadium.

“Coach Day, everybody knows, is a great coach, probably one of the best coaches in the nation,” Fields said a couple weeks back. “Every time we face a defense I have confidence in him he’ll find an answer for us to come up with to beat that certain kind of defense.

“Really, I think, the big thing for us is to put all of our trust in him knowing he’ll lead us in the right path, that as long as we go out there and execute the play everything will be OK.”

What Ryan Day, Buckeyes look for in quarterback recruit