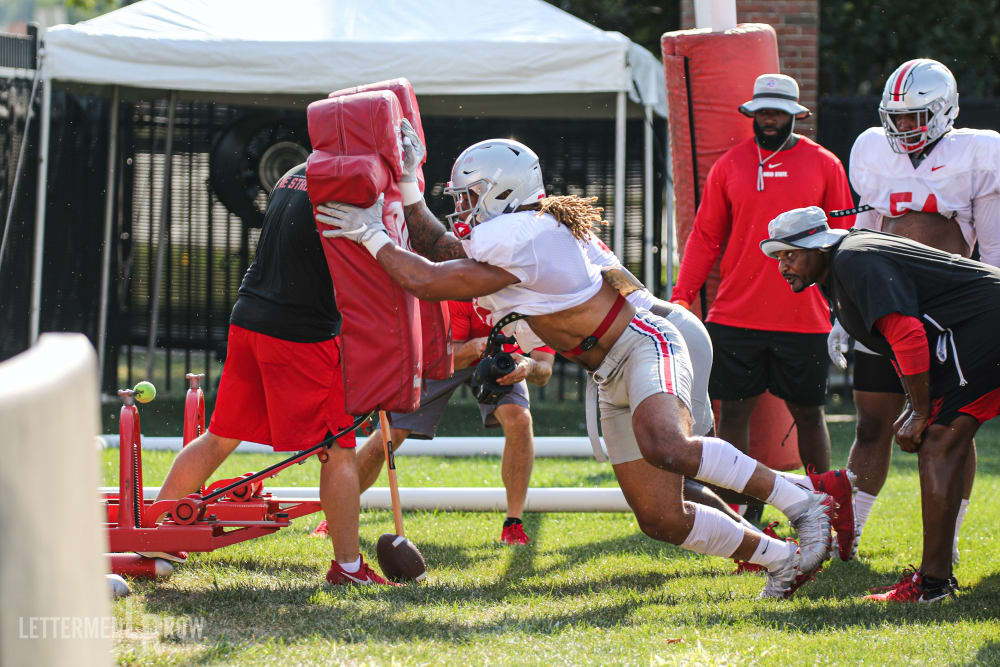 COLUMBUS — The reminders from Ryan Day have come frequently about just how early in training camp it still is for Ohio State.

The Buckeyes aren’t rushing to make a depth chart. They aren’t going to make bold predictions about just how good they can be. And Day isn’t going to overreact one way or another on mornings like Tuesday when it seemed the defense may have had the upper hand.

But if there’s one evaluation Day is willing to make less than a week into the month of preparations for the season opener, he’s already come away impressed with the collective effort from Ohio State.

“So, the chemistry is there. I think there’s leadership capability. We’ll see as we get going. I think it’s developing.”

There are still plenty of workouts ahead of the Buckeyes as that process plays out at the Woody Hayes Athletic Center. But after another session with a handful of periods open to the media and a press conference with Day, here’s what Lettermen Row took away from practice No. 4 for Ohio State.

The momentum from a breakout spring is carrying over for Josh Proctor, and it’s becoming more clear every time the Buckeyes take the field that the sophomore safety is ready for an expanded role for the retooled defense. Proctor nabbed a pair of interceptions that caught Day’s attention on Tuesday, part of what seemed to be a productive performance for the secondary overall that suggests the Silver Bullets are on track for a dramatic turnaround on that side of the ball.

How exactly Proctor fits into the mix still remains to be seen, especially since Shaun Wade has the ability to help at safety and Brendon White will be heavily involved in the Bullet role. Proctor, though, is building a strong case that he should be patrolling the secondary with Jordan Fuller and looks like a star in the making.

“I saw, I think, four interceptions today,” Day said. “That was really good to see. I think Josh Proctor had two and Jordan had another one. I think there was another one in there somewhere, too. They’re flying to the ball. They’re making plays on the ball. They’re playing with vision, and they’re producing right now.”

Garrett Wilson will be a factor for Ohio State

Enrolling early certainly helped provide a head start for Garrett Wilson, but that still doesn’t make it all that easy for a true freshman to crack the lineup for the Buckeyes. That has only made the strong start to camp for Wilson even more impressive as he competes to get in the rotation for the deep, experienced wide receiver unit.

Wilson looked the part during the spring game with his acrobatic touchdown and undeniable physical tools. But a summer in the strength program has him looking even more ready to help the Buckeyes, both as a target in the passing game and potentially as a punt-return option after previously drawing praise from special team coordinator Matt Barnes for his work there.

“Well, the good thing for us is we had him in the spring, so we saw him flash,” Day said. “He does have a lot of ability. Because he has so much talent, he has to learn how to develop discipline and skill. That’s critical for him. We sat down and had those conversations.

“He’s fighting right now for a backup spot and an opportunity to play. If you’re a backup receiver at Ohio State, you’re playing a lot of football with the way we rotate those guys. He’s right there right now, and how he practices over the next couple weeks is going to determine how much he plays. But he’s flashed for sure.” 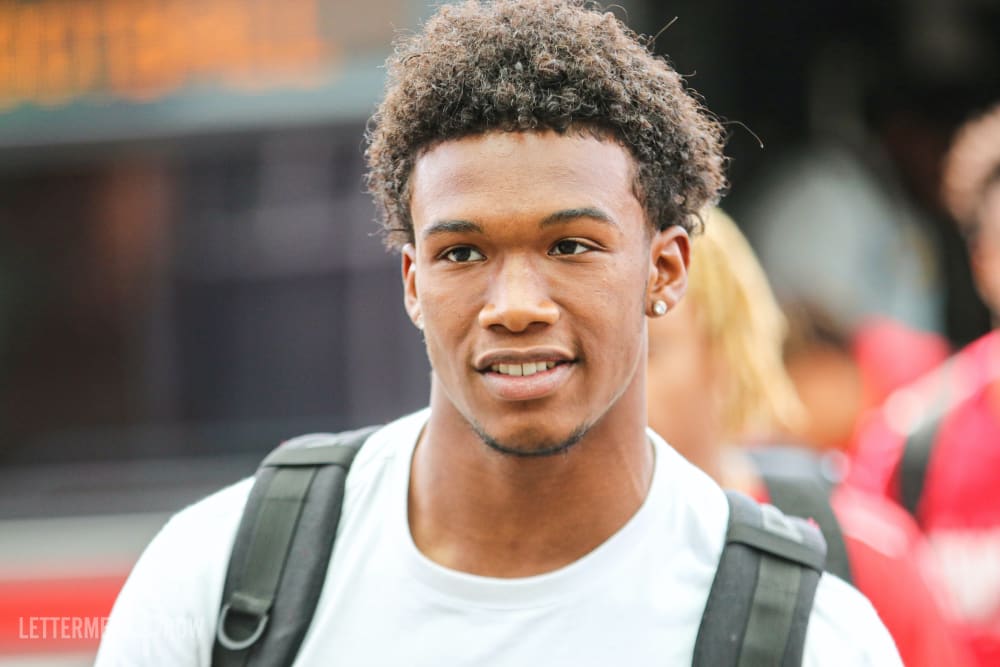 J.K. Dobbins is ready and willing to take on a heavier workload. But the Buckeyes can’t afford to have the junior running back be the only option in the backfield, and they obviously need a security blanket in case of injury.

Right now, it’s unclear just who will fill that void for Ohio State, and it’s a spot on the depth chart that clearly has Day’s attention after a handful of practices. Master Teague might be that guy, but he wasn’t participating during the portion of practice open to the media on Tuesday — which reinforced why it’s so crucial for the Buckeyes to identify and develop other options.

Demario McCall could be one of them for Ohio State if he can stay healthy and improve his ball security. And after enrolling early, there are signs that Marcus Crowley could help right away. But between those guys, the program has a fascinating competition to sort through that might be more urgent than might have been originally expected.

After simply trying to survive spring with a short-handed group of blockers, Ohio State suddenly has transformed the offensive line into one of the deepest units on the team. The Buckeyes are still young, and some of the candidates trying to crack the two-deep roster are completely unproven. But the return of a healthy Thayer Munford, the arrival of Rutgers graduate transfer Jonah Jackson and the enrollment of a handful of freshmen have given Day plenty to think about — and a burst of confidence.

Five-star center Harry Miller, in particular, has earned some reps as a second-team option. And if nothing else, he physically appears ready to step in and deliver off the bench if something happens to Josh Myers ahead of him.

“[Miller] has the ability,” Day said. “He’s very intelligent. He can process, he can bend, he can do those things. We have a couple guys in there that are candidates to be the backup center, but right now he’s doing a good job.

“He’s learning quickly, and I think once we get through this week we’ll have a better idea, but so far he’s fit in good. He understands it.”