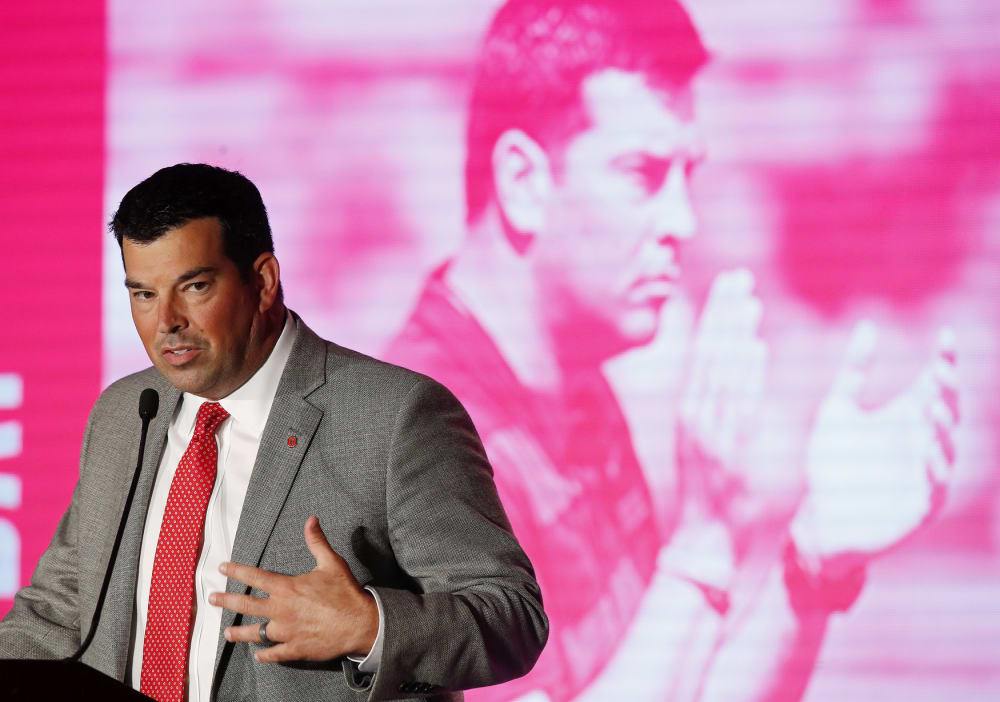 The speculation, debate and conversations about Ohio State never end, and Lettermen Row is always ready to dive into the discussions. All week long, senior writer Austin Ward will field topics about the Buckeyes submitted by readers and break down anything that’s on the minds of the Best Damn Fans in the Land. Have a question that needs to be tackled, like the one today about Ryan Day heading into his first season in charge? Send it in right here — and check back daily for the answers.

For the laymen among us, on a scale of 1 to Urban Meyer how would you rate Day in his first off-season?

Ryan Day stepped into the bright spotlight of Big Ten Media Days and looked as comfortable as ever, which is no small feat given the crowd the new Ohio State coach drew in Chicago on Thursday. Handling the scrutiny that comes with one of the highest-profile positions in the country is part of the job description, and Day can chalk that up as one more battle won during his first offseason in charge.

Maybe navigating the interview circuit doesn’t make all that much difference when it comes to winning and losing games. But positive public relations still go a long way with impressing recruits, ensuring there is fan support to maintain the home field advantage in the Horseshoe and also just validates the self-confidence Day has in himself to lead the program. And now that the trip to the Hilton Chicago is in the rearview mirror, his first offseason is essentially over and it’s time to get down to the serious business of training camp.

So, how did Day grade out over the first seven months leading the Buckeyes? The grade might not be perfect, but it’s close enough to have put Ohio State in position to go defend the Big Ten title again and make a run at the College Football Playoff. 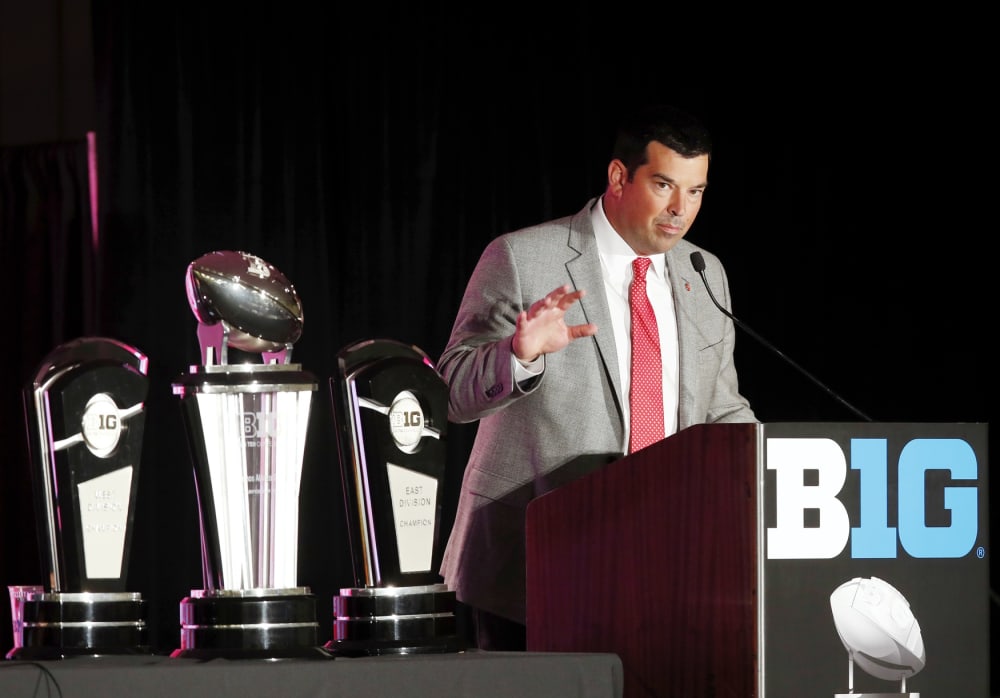 Any breakdown of the work Day has done has to start with roster management, a process that was made both exponentially more difficult and important considering the situation at quarterback. The Buckeyes needed a completely new plan after Dwayne Haskins left for the NFL, Justin Fields arrived as a transfer, Tate Martell bolted in the face of competition and then Matthew Baldwin headed home to Texas. The Buckeyes obviously understood the risks and rewards with pursuing Fields, and landing the highest-rated recruit in school history was undoubtedly a positive early step for Day. But it did force him to scramble for another arm or two and put a premium on his future recruiting at the position, which he again addressed by bringing in Gunnar Hoak and securing the commitments of Jack Miller and Kyle McCord.

How about the offseason conditioning program? Day was able to keep Mickey Marotti on staff, so there’s no reason whatsoever for concern there. Ohio State will report for practice later next week with a team that is probably in the best shape in America.

Recruiting trail? The Buckeyes have been absolutely on fire and have a realistic shot of moving into the No. 1 overall spot in the country with a handful of targets set to decide over the next week or so. One of the primary questions Day faced when he inherited the job from Urban Meyer was if he could continue to bring in elite players, and that has been emphatically answered so far.

The relative unknown even after one spring camp and some recruiting is how Day did in putting together his first coaching staff. The results on the scoreboard are the only true way to evaluate that, and all eyes will be on the group he assembled to rebuild the defense from the smoldering heap that was on the field last season. Jeff Hafley looks like a future star, Al Washington’s reputation and local ties made him a no-brainer and retaining Larry Johnson was incredibly significant.

But there is still some uncertainty here about why exactly Greg Mattison was the right guy for Ohio State as a co-defensive coordinator — doubts that have nothing to do with his ties to Michigan. The Buckeyes already had a veteran coach to help mentor the staff, they already had a defensive line guru, Mattison hasn’t been a coordinator in five years and he’s also not likely to be coaching for much longer. He does, though, have a solid relationship and experience with Day and has been plenty successful throughout his coaching career, so that could easily become another situation where the new guy got it right.

At this point, that’s just about all Ryan Day has done since taking charge at Ohio State. For a first offseason, it’s hard to imagine that Urban Meyer could have done it any better.