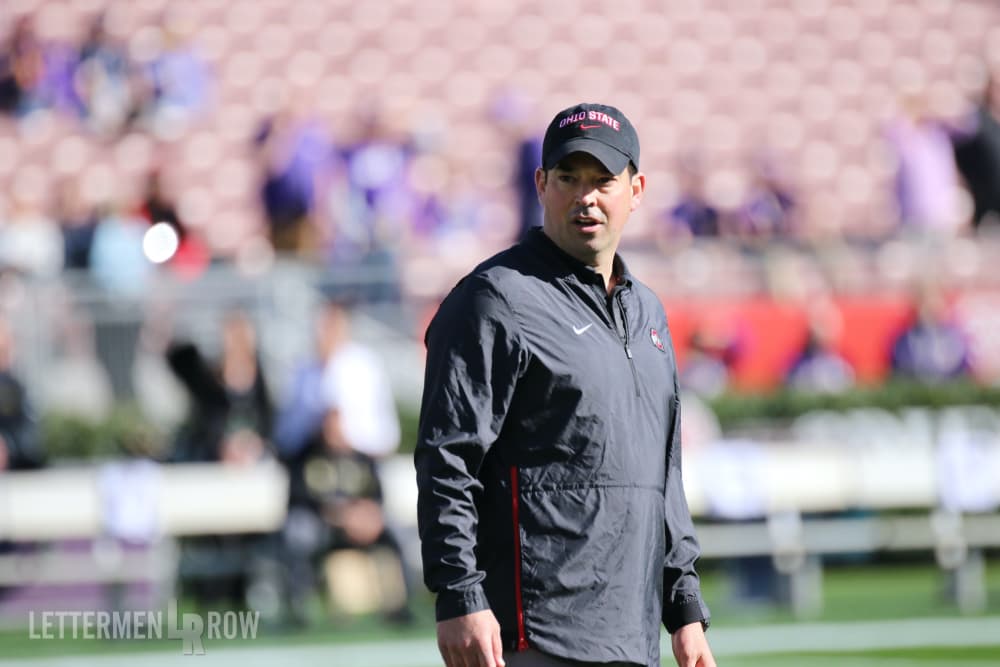 The speculation, debate and conversations about Ohio State never end, and Lettermen Row is always ready to dive into the discussions. All week long, senior writer Austin Ward will field topics on Urban Meyer and the Buckeyes submitted by readers and break down anything that’s on the minds of the Best Damn Fans in the Land. Have a question that needs to be tackled, like the one today about the coaching staff? Send it in right here — and check back daily for the answers.

Is the coaching staff now set? What is happening with Stud?

The final pieces appear to be in place for the first coaching staff under Ryan Day at Ohio State, even if there was one that at least appeared to be trying to wriggle free at the last moment.

Despite some of the inconsistency last season, the Buckeyes are planning to bring Greg Studrawa back next season and he’s been working like normal in the Woody Hayes Athletic Center this week. There still remains the possibility that Maryland could pursue him, offer him a raise and potentially open up another spot on the staff for the Buckeyes — but as it stands now, the positions are all filled.

As a refresher, here’s what shook out for Ohio State in terms of changes:

At this point, the rest of the offensive staff remains unchanged, with Kevin Wilson returning in his run-game coordinator role, Tony Alford leading the running backs, Brian Hartline in charge of wide receivers and Studrawa still expected back with the program on the offensive line. And perhaps most important of all, Larry Johnson was retained on the defensive line and named the associate head coach for Ohio State. 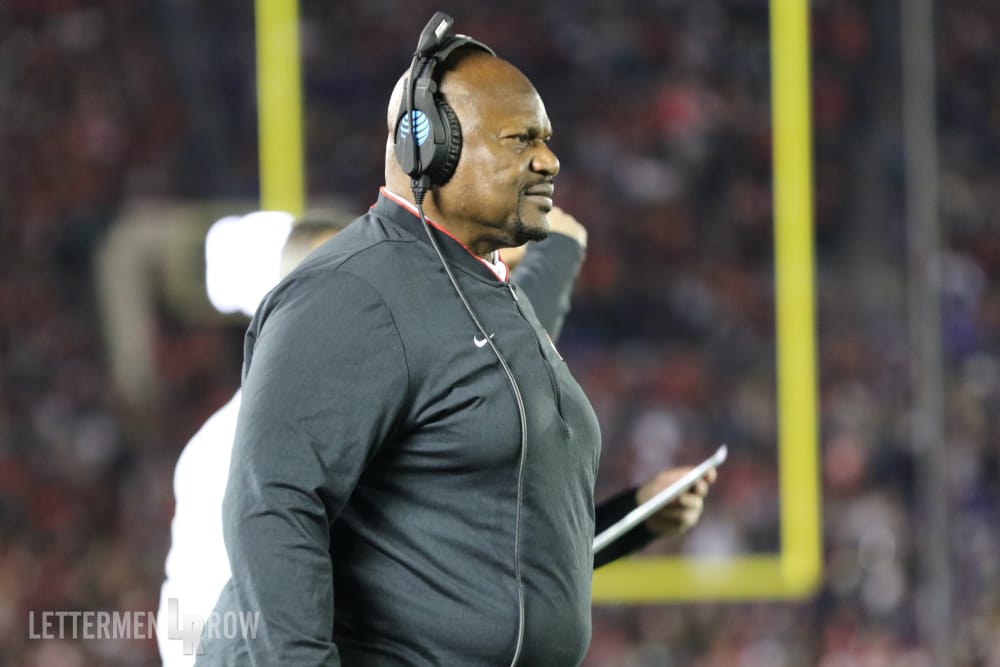 Keeping defensive line coach Larry Johnson might have been the best move of the offseason for Ohio State. (Birm/Lettermen Row)

So, how did Day do in his first stab leading a program?

The on-field results will have to wait, but he appeared to have a plan in mind all along and executed it quickly and without many setbacks. There were a couple other coaches involved in the discussions at various points over the last week or so where it didn’t work out for various reasons, but for the most part, Day targeted candidates and landed them. And considering two of them were of vital importance to Michigan, that speaks volumes to the power of the Ohio State brand right now.

A couple of the names weren’t well known, starting with Hafley and Barnes. But both are younger guys who have made positive impressions thus far in their careers and have been regarded as tireless recruiters — which is of paramount importance for the program. If they might lack something in overall experience, that was surely why a veteran like Mattison was brought in to lead the unit for a couple years, help mentor the other coaches and share his wisdom before likely retiring in a couple years.

On the offensive side, there was really no reason to tinker much coming off one of the most explosive seasons in Ohio State history. And if the passing attack can be supplemented with new ideas for Yurcich, that could wind up being a net gain for Day as well.

From that perspective, the early returns would appear to be positive for Day. No true judgment can be made until the Buckeyes get back on the field, of course.

But if nothing else, Ryan Day already struck a couple major blows in the rivalry. And that will always count as a win for Ohio State.