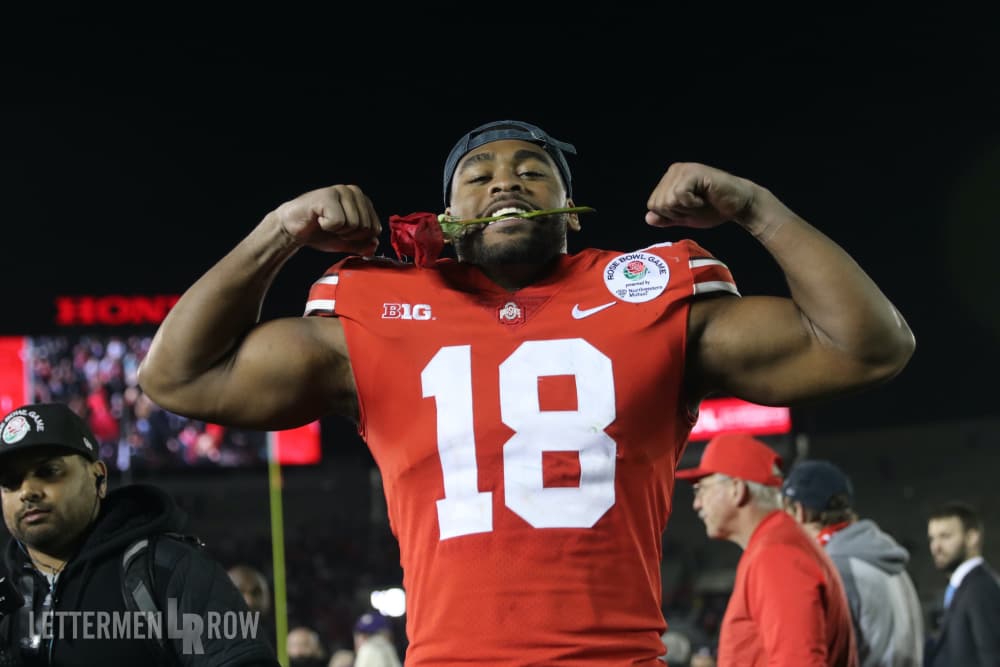 Ohio State capped another season with an impressive bowl win after being snubbed by the College Football Playoff. (Birm/Lettermen Row)

The speculation, debate and conversations about Ohio State never end, and Lettermen Row is always ready to dive into the discussions. All week long, senior writer Austin Ward will field topics on Ryan Day and the Buckeyes submitted by readers and break down anything that’s on the minds of the Best Damn Fans in the Land. Have a question that needs to be tackled, like the one today about chasing down Clemson? Send it in right here — and check back daily for the answers.

Austin, the class of the NCAA is Clemson, how close are the Buckeyes???

There is really no argument against Alabama and Clemson sitting on top of the power rankings for programs in the College Football Playoff Era, but there has been some selective memory loss occasionally when it comes to where Ohio State fits into that picture. Whether it’s cherry-picking stats for the Big Ten as a whole or effectively pretending like the Buckeyes didn’t win the whole thing in 2014, there have certainly been some weird snubs when it comes to their reputation over the last five years.

Yes, the Crimson Tide and Tigers are rolling and turning postseason matchups into an annual occurrence. But the Buckeyes have a national championship in this format as well — and a win over Alabama, just in case anybody forgot. And if not for the obvious flaws in the selection process, Ohio State should have had at least one more opportunity to compete for a crown after winning the last two Big Ten titles. A case could be made for each of the last two seasons based on the team’s ceiling and not its worst performance of the year, but that’s a broken record here.

So, how far away from the reigning national champions are the Buckeyes? Not very, and Ryan Day has more than enough talent on hand to make a serious run at a title in his first year in charge with a veteran defense returning, plenty of weapons at the skill positions and a potential game-changing quarterback in Justin Fields if his NCAA appeal for eligibility is approved. 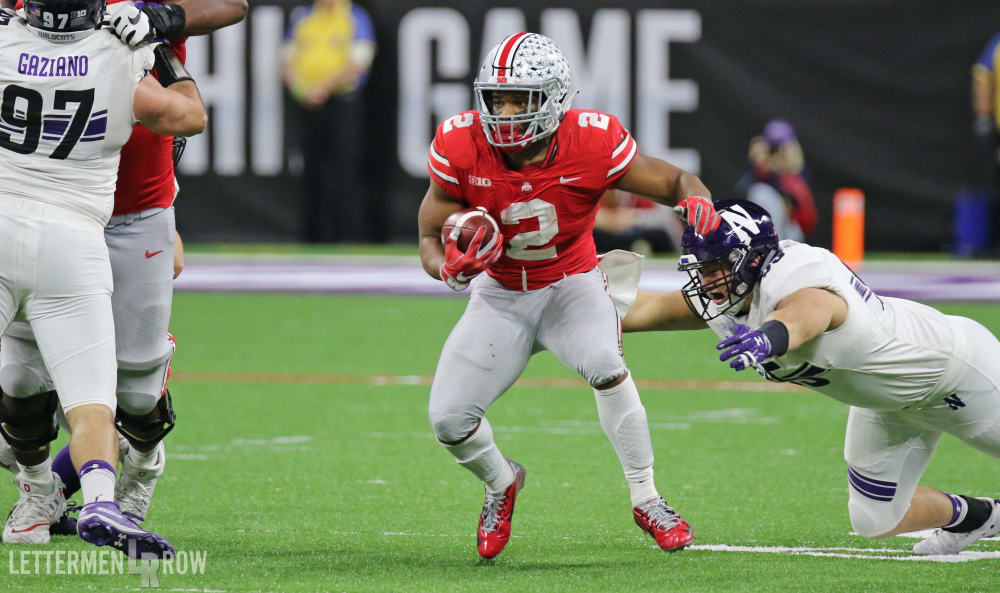 Another season of running back J.K. Dobbins will again be a boost for Ohio State. (Birm/Lettermen Row)

Whether the rebuilt offensive line is strong enough or if the revamped coaching staff can finally unleash the potential of those returning Silver Bullets remains to be seen, of course. And predicting what would happen on the field almost a full year from now is a recipe for disaster.

But what has kept Ohio State in the same conversation with those other two teams year after year goes well beyond the roster. Of course all three of them are recruiting at a high level, and that’s not likely to stop. But what sets those programs apart consistently is the immersive, all-inclusive approach to supporting and developing players. The recruiting departments are cutting edge, the social-media teams consistently generate eye-catching content, the nutrition staff puts the best possible food on the table and the strength staffs are widely hailed as the best in the country. All of it prepares players to compete on a high level on the way to the College Football Playoff — and the NFL, which in turn also keeps the talent pipeline churning.

When it comes to evaluating all of that collectively, nobody is doing it any better than Ohio State, Clemson and Alabama.

Will the Buckeyes take back the title throne this season? It’s early to be making that sort of projection.

But when it comes to evaluating where Ohio State ranks in comparison to Alabama and Clemson, it’s right there first in line behind them, waiting for the next chance to kick down the door.