COLUMBUS — Ohio State is still on track to play at Illinois.

But the Buckeyes won’t have their leader on the sideline with them for the Big Ten matchup.

Ohio State coach Ryan Day has tested positive for COVID and won’t be available to travel with the team to take on the Illini. The school confirmed that Day had come down with the virus on Friday before the Buckeyes were scheduled to fly to Illinois, which it remains on track to do ahead of the conference clash on Saturday at noon.

Larry Johnson will serve as the interim head coach. The Buckeyes won’t travel until Saturday morning in an adjustment to the previous itinerary.

“I have spoken with Coach Day, and he is doing well physically,” Director of Athletics Gene Smith said in a school statement. “I feel terrible for Coach and for the members of the program who have been diagnosed with a positive test. Coach Day and this team have been true leaders in handling things so well throughout this pandemic. Our team wants to play this game, and we’re going to do everything we can to help make this happen. All of the decisions on the welfare of our student-athletes and staff members will continue to be guided by our medical staff.”

Day has been extremely careful throughout the season and has repeatedly stressed the need for caution during the pandemic. But he still wasn’t able to avoid the viral illness as positive tests finally infiltrated the de facto bubble the Buckeyes have built in the Woody Hayes Athletic Center. 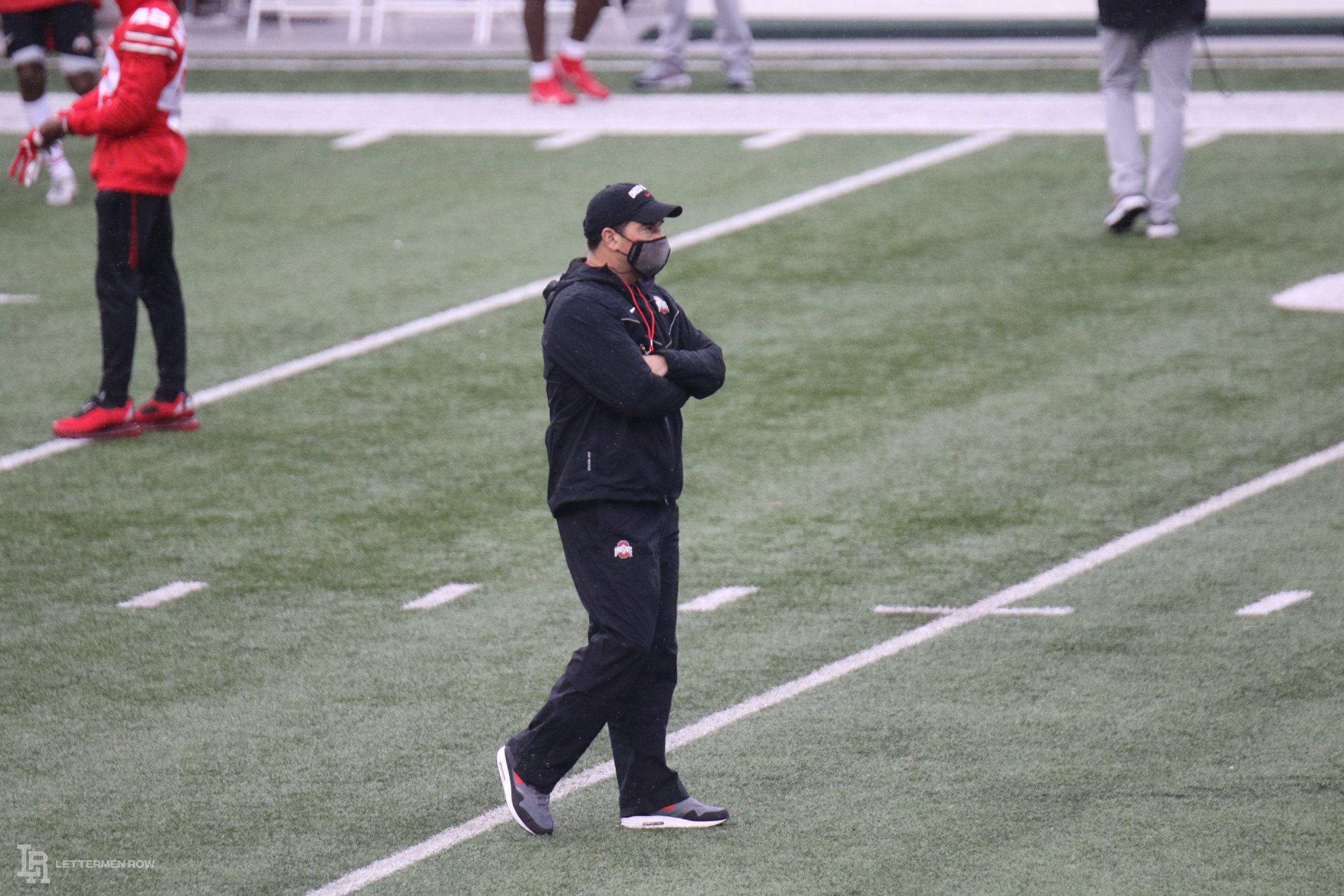 Ohio State hasn’t identified any players who have returned positive tests at this point, but it is expected to release an availability report on Saturday morning before taking on Illinois. Lettermen Row has confirmed there are a handful of players impacted, but in the interest of privacy will not disclose the number or names until the school announces the testing results.

“It’s an ongoing deal,” Ohio State coach Ryan Day said last month. “This is going to go on for a while, and we have to continue to be vigilant in that area, not get fatigued with following all the protocols, doing what we have to do and making the sacrifices that have been made. That’s been everybody. And that’s not easy to do. It’s an emphasis every single day. I’ve made it my vow to the players that I’ll bring it up every single day.

The Buckeyes and Ryan Day have done everything possible to protect themselves during the pandemic, and the team is still in position to play this weekend. But their defenses have been breached, and Day won’t be with them on the road.

This is a developing story for the Buckeyes, and it will updated as more information becomes available. Full coverage and analysis will be available at Lettermen Row and on our YouTube channel.