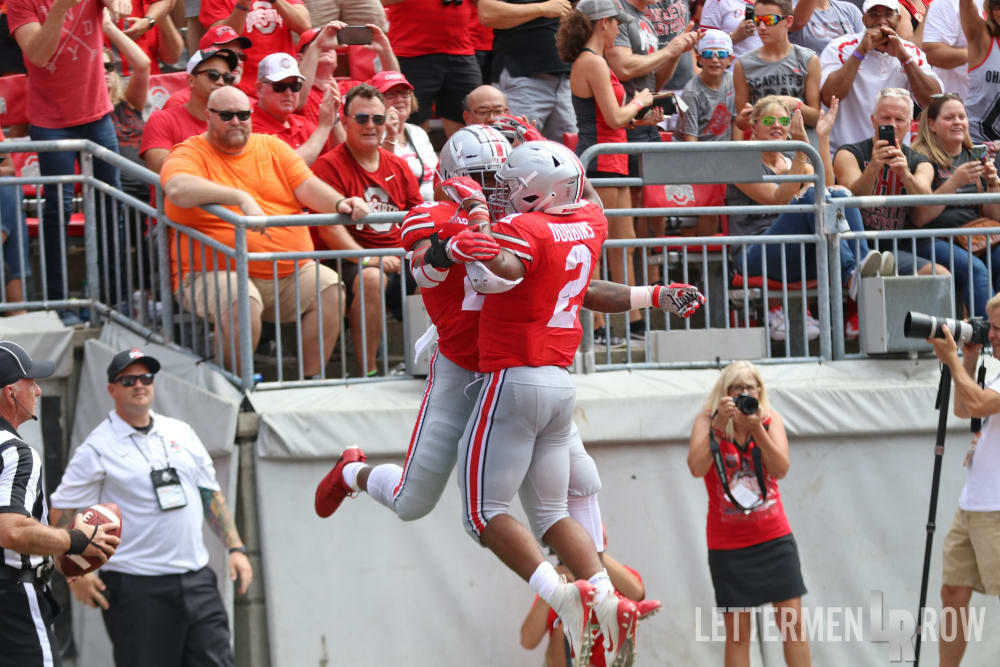 Ohio State is looking to keep the celebrations going against Rutgers. (Birm/Lettermen Row)

The speculation, debate and conversations about Ohio State never end, and Lettermen Row is always ready to dive into the discussions. All week long, senior writer Austin Ward will field topics on the Buckeyes submitted by readers and break down anything that’s on the minds of the Best Damn Fans in the Land. Have a question that needs to be tackled, like the one today on the point spread? Send it in right here — and check back daily for the answers.

Maybe Ohio State won’t be quite as ready to unleash some frustration as it was in the season opener. Surely Rutgers is by now an improved team in the third year under former Buckeyes assistant Chris Ash. Eventually the two programs are destined to have a competitive matchup as Big Ten opponents.

All of those factors might suggest that the spread is too large. Ignore that, because the only real question is if the Scarlet Knights are going to snap a two-year drought and finally score against the Buckeyes. And that still feels a little unlikely considering just how dramatic the talent disparity is between Rutgers and probably the most loaded Ohio State roster of the Urban Meyer Era. 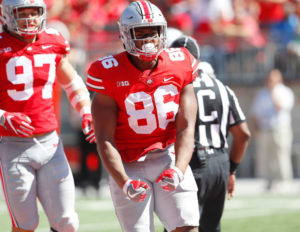 Sure, Meyer himself is going to be missing for the second of three scheduled times during his suspension. But he’s been back to work at the Woody Hayes Athletic Center this week. And with the coaching staff preaching the value of preparation Monday though Friday over anything done on game day, that should be a big lift for the Buckeyes all by itself. And truthfully, there isn’t all that much of a boost needed against an opponent that has been outscored by a comically lopsided total of 219-24 during the four-game series history together in the conference.

Now, there are some issues for Ohio State to address defensively. And that’s why the real question is if Rutgers can snap the scoring skid and make it a bit more challenging for the Buckeyes to cover the 35-point spread. If Greg Schiano and the defensive staff again elect to play it safe with Jordan Fuller’s health at safety, if Tuf Borland’s snap count isn’t expanded much beyond 10 reps and defensive linemen Nick Bosa and Dre’Mont Jones only play for a half, then there could be opportunities for Rutgers to hit back at the Buckeyes once or twice like Oregon State did.

But particularly early with the Ohio State starters on the field, it seems a bit farfetched that a true freshman quarterback making his second career start on the road at the Horseshoe one week after throwing three interceptions is going to be in position to do damage against the Silver Bullets. And given the way Dwayne Haskins and the Buckeyes were piling up touchdowns at will thanks to a more developed passing attack, even some second-half surprises might not make a difference to that point spread.