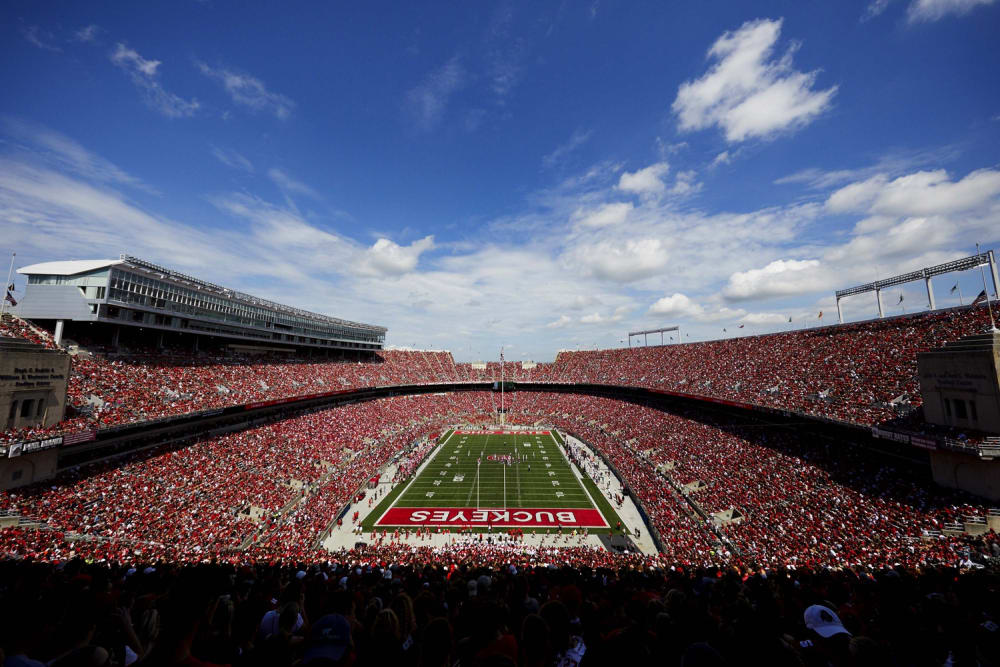 Big Ten play kicks off this weekend for Ohio State and acting head coach Ryan Day, and the program is looking to keep the train rolling.

The Buckeyes welcome Rutgers to the Horseshoe for a 3:30 kickoff on Saturday as Dwayne Haskins, Mike Weber and the Buckeyes look for a 2-0 start to the season. Former Ohio State co-defensive coordinator and safeties coach Chris Ash will visit Ohio Stadium for the second time as the Scarlet Knights coach since spending two seasons in Columbus in 2014-2015.

If you’re heading to the stadium, watching on TV or listening on the radio, we have you covered here with all the information you could possibly need to not miss a minute of the action.

Ohio State and Rutgers play at 3:30 ET on Saturday, September 8.

Weather: High of 70 degrees with 80 percent chance of rain

The line: Ohio State is a 35 point favorite, per The Action Network

What TV channel Ohio State-Rutgers on?

The Ohio State-Rutgers game will be televised nationally on Big Ten Network.

How can I watch Ohio State-Rutgers online?

The Ohio State-Rutgers game can be watched online via BTN2Go.

How can I listen to Ohio State-Rutgers on the radio?

Paul Keels and Jim Lachey will have the call on 97.1 FM (WBNS) in Columbus along with sideline reporter Matt Andrews. A full list of Ohio State football radio affiliates can be found here.

Who is calling the game for Big Ten Network?

No need to panic over Ohio State defensive breakdowns in opener
Ohio State will roll — but can Rutgers finally score this time?
Advertisement