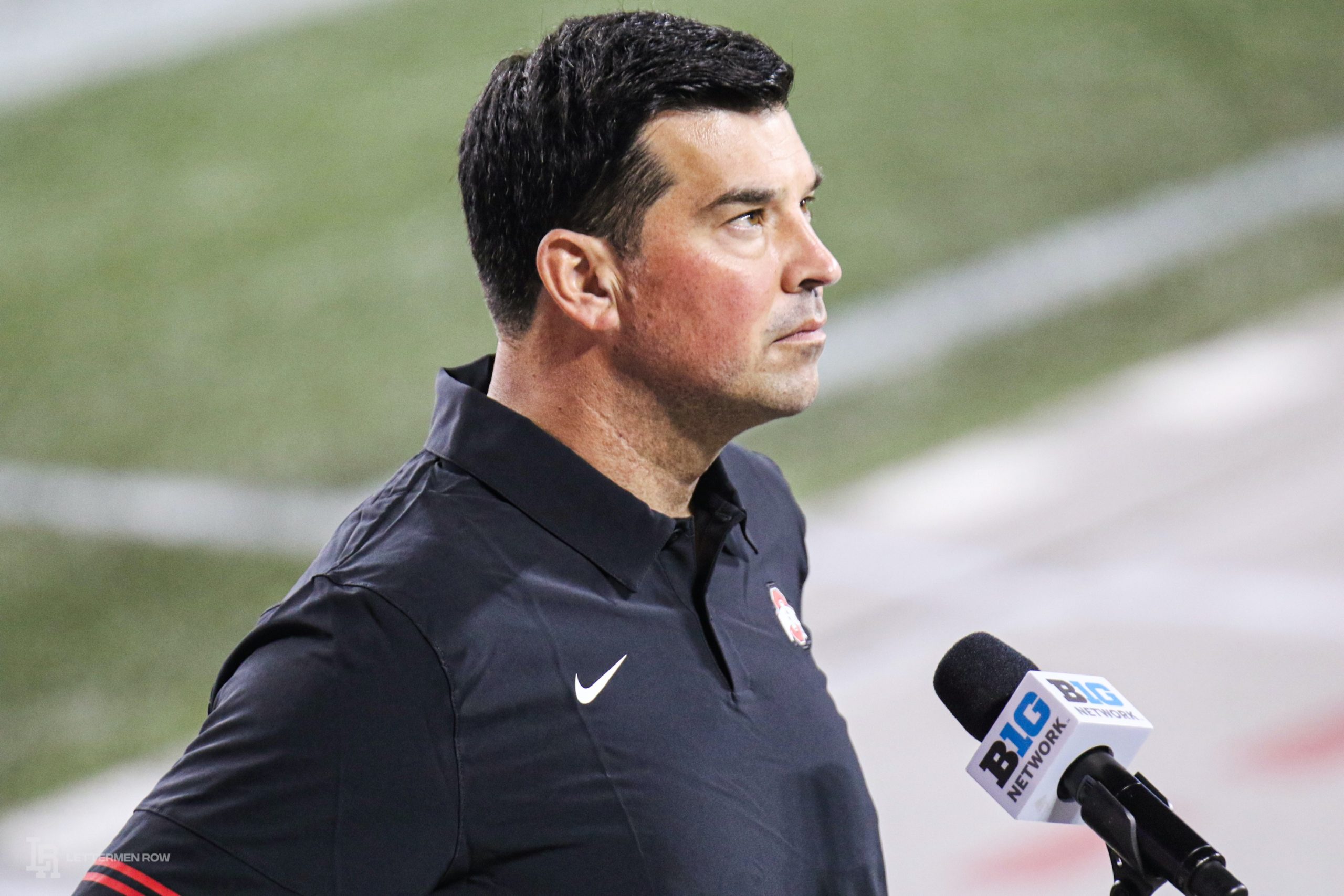 COLUMBUS — It’s time to offer up an important reminder about Ohio State.

Three-touchdown wins against a Big Ten opponent — yes, even Rutgers — should never be taken for granted.

Last Saturday in Ann Arbor, Jim Harbaugh and Michigan were 27-point favorites against Michigan State and lost. Saturday, Penn State was a 28-point home favorite to Maryland and lost.

So while it’s certainly fair to view the Buckeyes second straight game marked by some second-half struggles with a little bit of a stink eye, it could definitely be worse.

Sure, Ohio State looked disinterested and uninspired in the second half against Greg Schiano and Rutgers. But the Buckeyes also took lead 35-3 lead into the the half. They probably could’ve named their score in the second half, but they didn’t close strong. They didn’t keep the energy up to the finish, and that’s the concern on Sunday and something Ryan Day knows isn’t ideal. 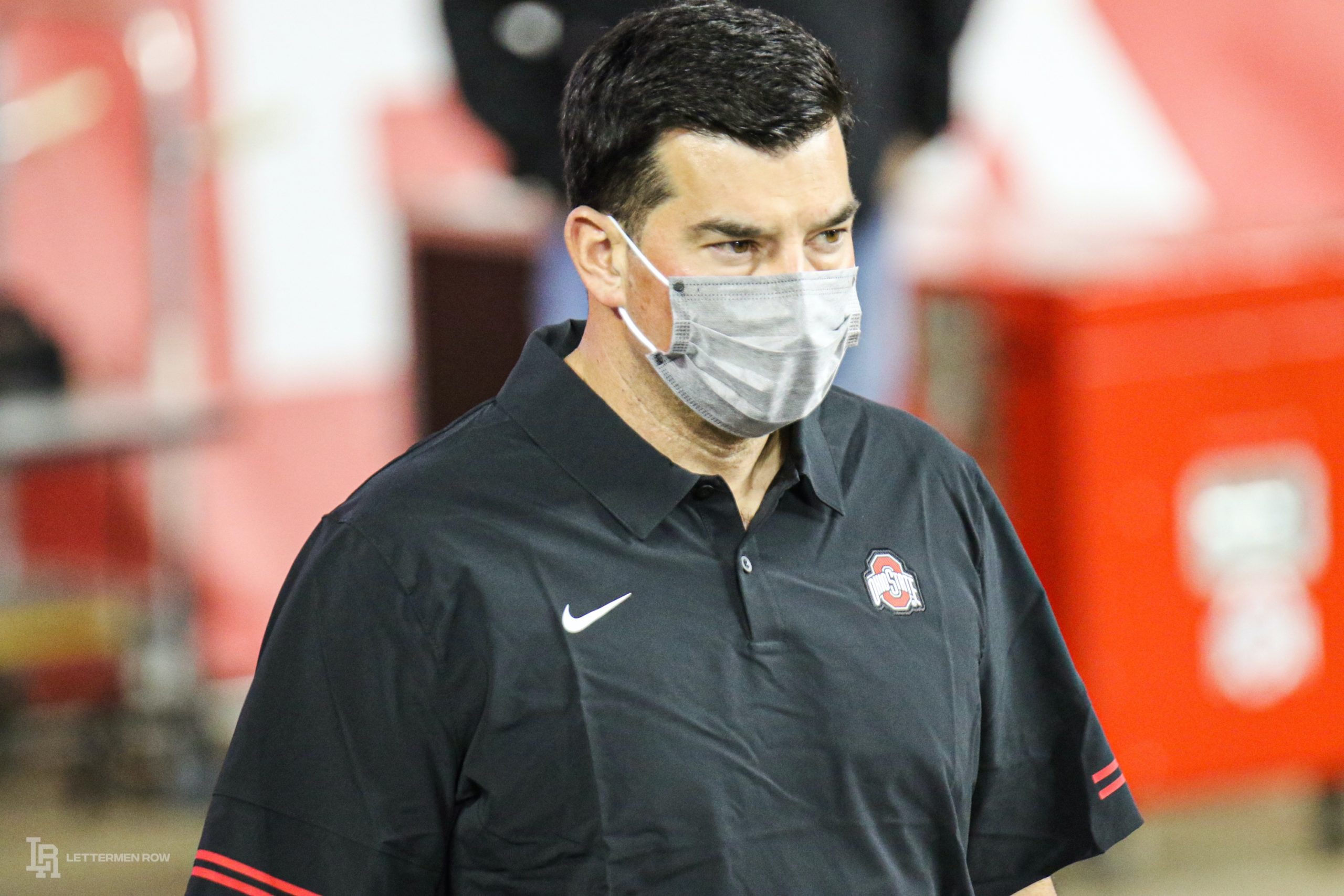 He also knew it was likely this week, which is why he harped on it throughout the media sessions leading up to the game. Everything “had to be great” this week while trying to underscore the importance of avoiding complacency.

Everything wasn’t great against Rutgers, even in a thoroughly dominating first half.  That’s something Ohio State knows it will need to remedy as it prepares for the next portion of it season.

“I think really we’ve just got to focus on practicing better,” Ryan Day said after the game. “If we practice better, we’ll finish better.”

The Buckeyes started great, and need to finish better. They have to keep the gas pedal down if they want to meet their ultimate goal of winning a national championship. There’s no one inside the Ohio State program who doesn’t recognize that things need to be cleaned up.

“We have to bring our own energy,” Day added. “That’s the challenge for us that we have to do. … We’ll focus on that this week.”

It could definitely be worse. But if perspective is required, the stark contrast in reactions to Saturday’s outcomes should provide it. One coach sees the problems in practice and spends his time trying to fix it, the others don’t.

It’s not hard to figure out which is which.

Jim Harbaugh and Michigan lost again on Saturday. The Wolverines are 1-2 and Harbaugh’s rocky tenure is on the hottest of hot seats. His uncertainty and his confusion was obvious in his postgame press conference. There were a lot of words but no answers.

“I feel like we’re gonna get there,” Harbaugh said. “Personal feeling is we’re close to doing it, you see it done, you see it happening, and then it’s gotta take the next step to happening in the game. … Not to hesitate, to let it go, let it happen. Make that quick decisive decision that leads to success.” 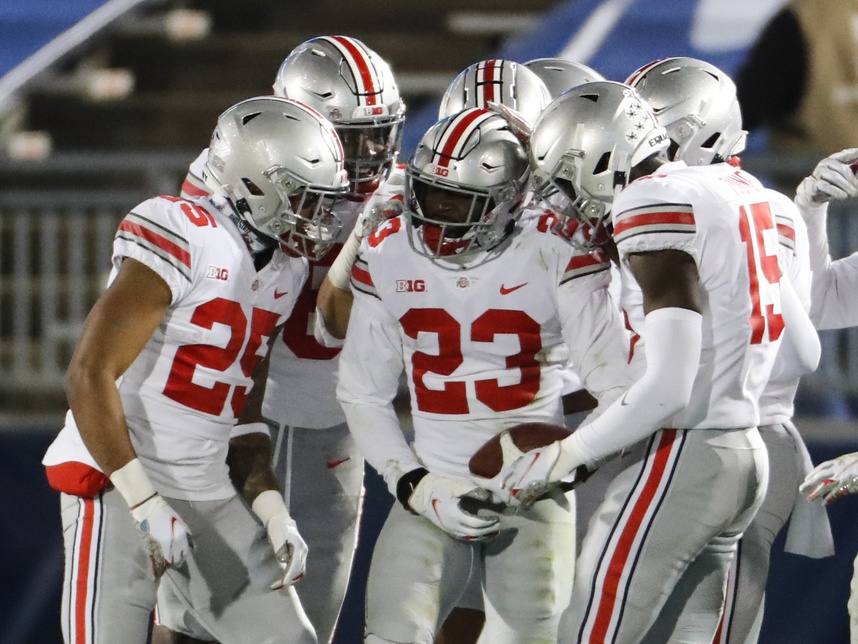 Penn State had its backs against the wall this weekend. The Nittany Lions, reeling and desperate, still failed to show up against Maryland, period. They didn’t compete on Saturday, according to James Franklin, which is inexcusable considering their o-2 start heading into the game.

“During the week, I felt like we did the things necessary to come out and play well,” Franklin said. “It wasn’t perfect, but we’ve had issues in the past that we’ve been able to overcome. During the week, is typically how you can tell that and there weren’t signs of that.”

It’s a pretty darn good time to be at Ohio State, even as expectations run almost irrationally high. There’s not a soul in the program that doesn’t take that responsibility seriously. There are no excuses being made for a shoddy second half of football against a Big Ten non-contender, but when the the big picture is examined it shouldn’t be so difficult to take a step back and appreciate each win.

Michigan is floundering. Penn State is winless. Wisconsin hasn’t been able to field a team in two weeks, and there’s no promise of that being remedied this coming week, either.

In a year where everything could go wrong, the Buckeyes are plodding along, tackling whatever issue that comes up while racking up 20-point wins.

“It’s a strange season” Day said. “It was a strange week. There’s so many things at play. You spend an inordinate amount of time talking about the testing, avoiding exposing yourself to other people and the virus. It’s just a different year. We’re just going to try to do everything we can to stay healthy again this week and then go beat Maryland.”

If the Buckeyes do beat Maryland, that game isn’t likely to be perfect. But a win is a win in 2020.

Look objectively look at Ohio State’s closest Big Ten peers this season. It’s difficult to be anything other than relieved.