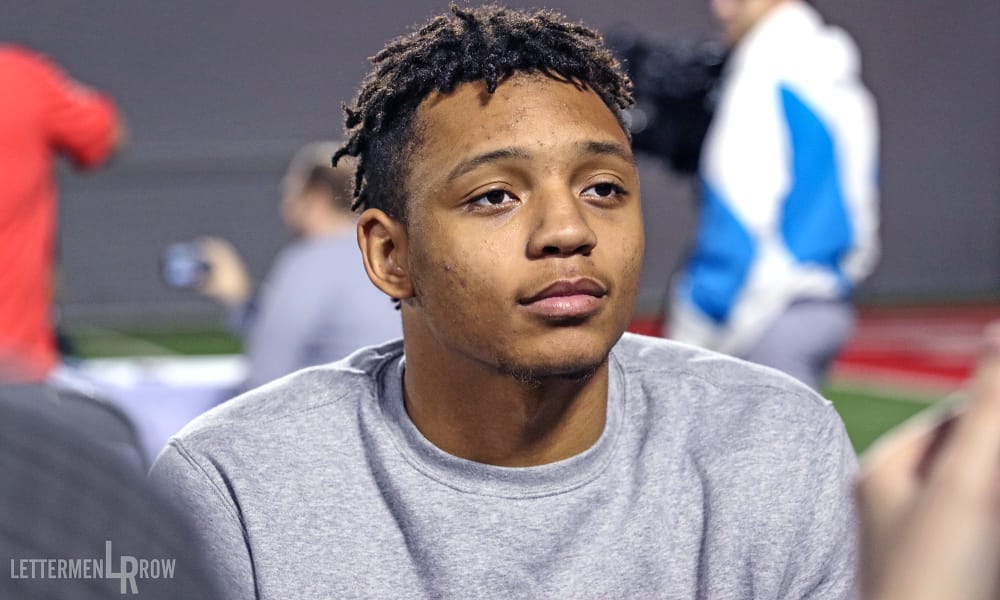 COLUMBUS — Coaching changes weren’t going to keep Ronnie Hickman from Ohio State, even if a lot of his friends, family and peers expected they’d give him second thoughts about the school he committed to last April.

The decision was about far more than just the head coach with the Buckeyes, which is exactly why he’s already on campus continuing his rehab and launching his career with the program.

“I committed to Ohio State, not just for the coaches. But because of how great the university is by itself. The tradition this place has. The numbers don’t lie, they put up big numbers, especially when it comes to putting guys in the league. That’s my dream, that’s everyone else’s dream here. I think you can’t go wrong with this place. It’s not just a football program, [Ohio State] is dominating the world outside of football. I think I can succeed, if football doesn’t work, off the field as well.”

But Hickman, the country’s 10th-ranked safety in the Class of 2019, wasn’t recruited by a physical university. He was recruited, primarily, by Urban Meyer and Greg Schiano — and neither of those men are Ohio State football coaches any longer. Hickman’s mature perspective on their decisions belies his youth.

“To be honest, I think that I understand how this is, like, a business,” Hickman, nicknamed “The Rocket,” said. “Coaches are going to go to wherever they think they fit best, so once I realized that and understood that, I think [Ryan] Day and the other coaching staff up here continued to make me feel like I was wanted.

Hickman’s high school career came to a premature end in October when he suffered a torn ACL. From that moment forward, his focus turned solely to Ohio State and how getting on campus in January would help him prepare for his freshman year. He’s hoping to be ready to go for spring football but isn’t sure if that’s possible yet.

“My goal is to just become as healthy as possible, as soon as possible,” Hickman said. “It’s going really good. This is the best I’ve felt since the surgery. I just knew that once I got here, they were going to get help me get back to 100 percent as fast as they could.

Day said Wednesday that he thinks his freshman safety is stepping up and working hard to recover.

“Ronnie is coming off of that injury,” the Buckeyes first-year head coach said Wednesday. “[He’s] doing a good job in rehab.”

When he is healthy, Hickman believes he’ll be in a good position to play this season for the Buckeyes. There’s no doubt that enrolling early will give him a better chance.

“I think it is important,” Hickman said. “I think it just helps getting used to everything. It’s a whole new system once you get here, especially coming from high school, no matter where you come from, it’s going to be different. I think it does help me, especially when it comes to competing with the guys in my class that didn’t come in early, I’ll have a little extra step.”

The adjustment gets easier, Hickman believes, because he’s working alongside six other new Buckeyes, even if he’s not able to fully be involved in early conditioning drills.

“They can go 100 percent on me,” he said. “I just can’t do the running stuff. In the weight room, I’m still with the guys and stuff like that. It’s good though, I like it. You’re here with your brothers and your teammates, going through everything together.

“It helps to have your brothers there to go through it with you.”

They, too, stuck together through the transition. And the work for Ronnie Hickman and the new Buckeyes is already underway.

Continue Reading
You may also like...
Related Topics:Featured, ronnie hickman