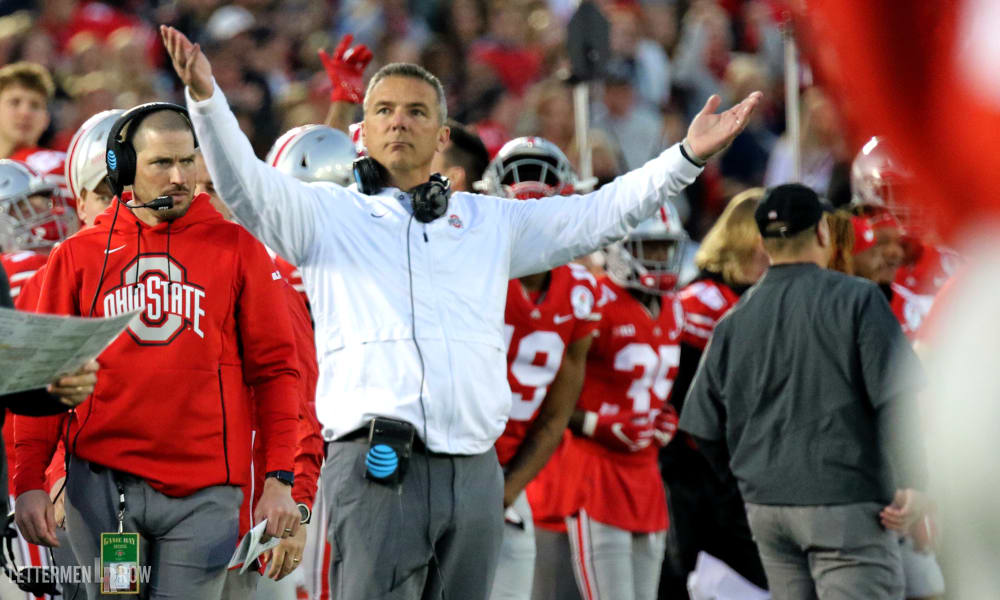 Urban Meyer will retire from Ohio State as a winner in his first and only Rose Bowl game. (Birm/Lettermen Row)

PASADENA, Calif. — With the clock inside of the Rose Bowl striking zero, the Urban Meyer era of Ohio State Buckeyes football is over.

Meyer’s storied career ended with a win over the resilient Washington Huskies and like so many other moments this season, it was the arm of redshirt sophomore Dwayne Haskins that carried the Buckeyes to victory.

Haskins tossed three first-half touchdowns and Ohio State took a 21-3 lead into the break. The Buckeyes scored quickly in the third quarter and then tried to play keep away from the Huskies long enough to escape with the win.

That’s what they did.

As we’ve been all season, Lettermen Row was on the field with Ohio State and has the sights and sounds from this historic night. 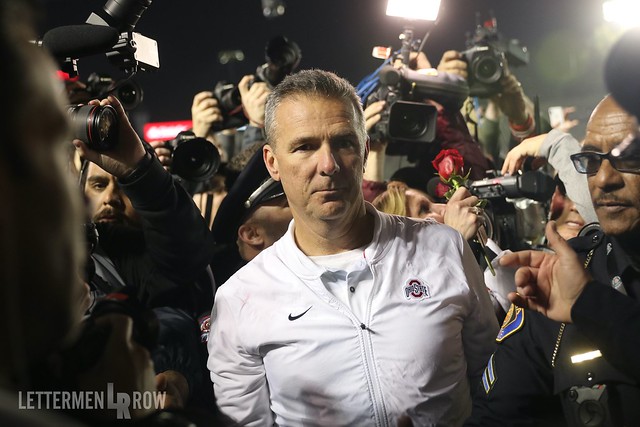