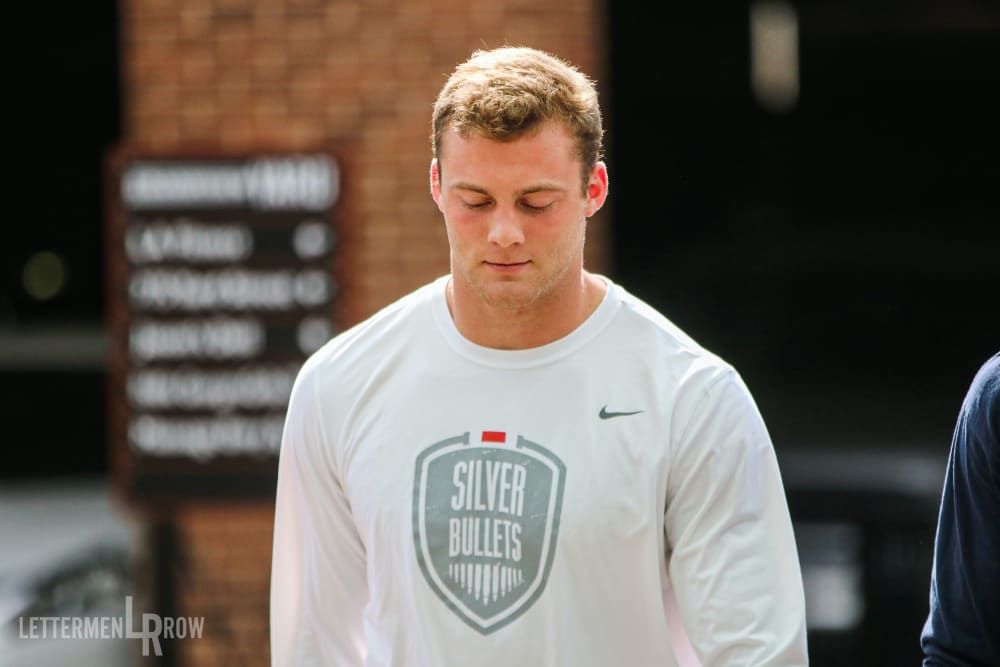 The speculation, debate and conversations about Ohio State never end, and Lettermen Row is always ready to dive into the discussions. All week long, senior writer Austin Ward will field topics about the Buckeyes submitted by readers and break down anything that’s on the minds of the Best Damn Fans in the Land. Have a question that needs to be tackled, like the one today about the Ohio State and Pete Werner playing a key role for the defense? Send it in right here — and check back daily for the answers.

How is the LB rotation working? Saturday I saw a lot of 5 & 32 on the field at the same time, along with 20, but I know 39 is playing almost every down. Is 20 playing some of the bullet role?

Pete Werner might do Bullet things for Ohio State.

Just don’t call him one.

“If you look at me, my definition as a player is a SAM,” Werner said. “I go by SAM. When they call in the SAM, I’m going on the field.”

Werner has been out there plenty for the Buckeyes through the first two games, probably more than many might have anticipated given all the preseason buzz about the hybrid Bullet in the program’s new defensive scheme. And it’s his ability to do most of what that position requires that is helping the junior carve out a sizable role even for a team that substitutes personnel and packages as frequently as Ohio State.

Werner has been called on to drop back into what appeared to be a deep safety spot last week against Cincinnati. He’s lined up in the slot to cover both wide receivers and tight ends. And he’s also continued flying around to help stop the run as a traditional linebacker, making 9 tackles with one for a loss already through two games.

Part of his relatively heavy workload can be attributed to the offensive schemes Ohio State has faced early in the season. And it’s possible that when the Buckeyes see more spread-oriented teams that Brendon White might see an uptick in snaps that would probably come at Werner’s expense. But the bonus for Ohio State right now with Werner is that he has enough versatility, a little defensive back experience and surging confidence in what he’s doing that subbing him off the field isn’t a necessity.

“I think [the new scheme] fits me better,” Werner said. “It fits me personally with my position and my athletic ability better. And I feel like just having a whole year under my belt last year that I’m also personally better.

“My footwork is better, my eyes are better and I feel like with this position, you need your footwork and your eyes. That will help you out a bunch. I just think my athletic ability is leading to me doing well at this position.”

Werner was obviously part of the well-documented struggles for the worst defense in school history last year, though he probably doesn’t get enough credit for the key plays he made and the growth he showed as a first-time starter. Obviously there was a reason a new coaching staff showed up and kept Werner in the starting lineup after spring practice and training camp, and he’s validating that faith in his ability so far.

There is still a lot of football left for the Buckeyes, of course. And Ohio State has more than a few tricks left up its sleeve after sticking with some relatively basic looks during the non-conference tuneups, and maybe the Bullet will get more exotic and chip away at a few of the reps for Werner.

But based on what he’s shown so far, it appears Pete Werner is going to play a key role for the Buckeyes moving forward. And while the SAM and Bullet might be interchangeable, it’s clear which label he prefers.

Continue Reading
You may also like...
Related Topics:Featured, Pete Werner