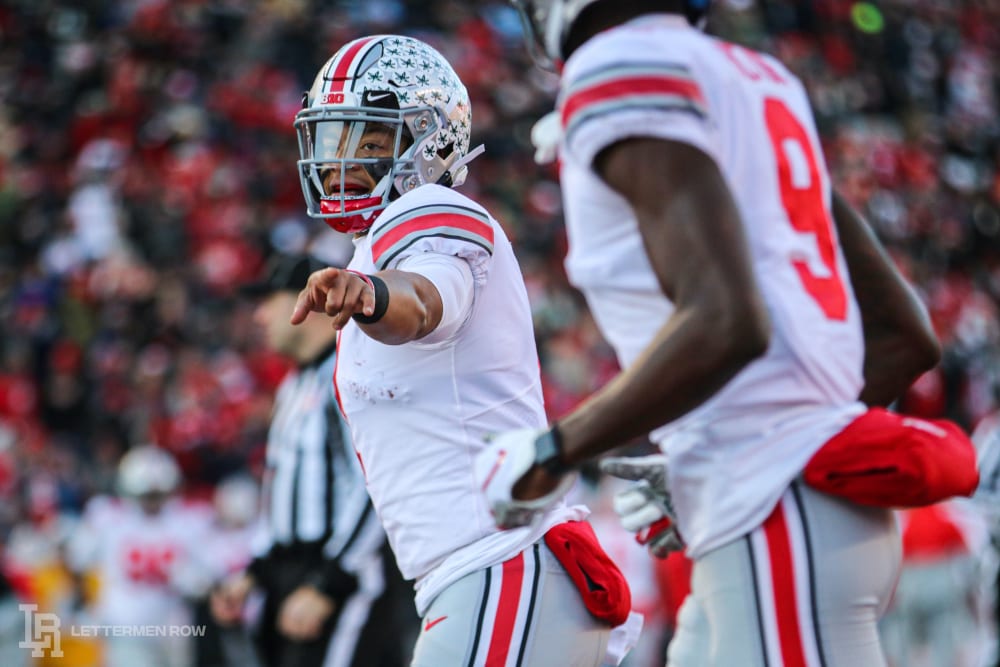 COLUMBUS — Ohio State is finally at the real portion of its schedule.

Sure, home games against Michigan State and Wisconsin featured challenges. Ohio State still won both by at least three scores. The early-season road trip to Nebraska was supposed to be a test as well, but the Buckeyes made quick work of that business trip en route to a 41-point blowout.

But now, the Buckeyes will officially begin what they call a schedule that is like “March Madness.” If Ohio State beats Penn State on Saturday inside Ohio Stadium, it will clinch a third straight trip to Indianapolis for the Big Ten title game and clear another hurdle toward getting to the College Football Playoff. If Ohio State falls at home, it’ll lose control of its own path to the playoff.

The stakes are higher than ever.

“I think our team knows what’s at stake, we have talked about that,” Ohio State coach Ryan Day said. “But now it’s time to just focus on Penn State. This is a talent-equated game. We all know we have been in some games that we have had more talent than some of the other teams we have played. This is a team that talent equates.

“So, when that happens it goes back to discipline, it goes back to fundamentals, it goes back to toughness, all of those things that come into play when your talent no longer matters. Those are the [key] things, and we have got to do a good job putting a good game plan together, let the guys play, and then prepare them to go. Then the team that’s more prepared will win the game.”

There was a certain level of focus in the Woody Hayes Athletic Center in the days leading up to this massive showdown, one that exceeds what the vibe in the building usually resembles. Ohio State seems locked in and ready to welcome the No. 8 team in the country, which they have beaten each of the last two seasons by a single point.

Although they are heavily favored, the Buckeyes know it won’t be as easy as the first 10 games of the season have been. For anybody heading to the game, listening on the radio or watching on TV, Lettermen Row has all the viewing information that could possibly be needed to not miss a moment of the biggest game of the season so far.

Weather: High of 42 degrees with a 76 percent chance of precipitation

The line: The Buckeyes are a 17-point favorite, per BetDSI

The Buckeyes and Nittany Lions will play on FOX, with Gus Johnson (play-by-play), Joel Klatt (color analyst) and Jenny Taft (sideline) on the call.

The Buckeyes and Nittany Lions can be streamed online via FoxSports.com.

Continue Reading
You may also like...
Related Topics:Featured, viewing guide