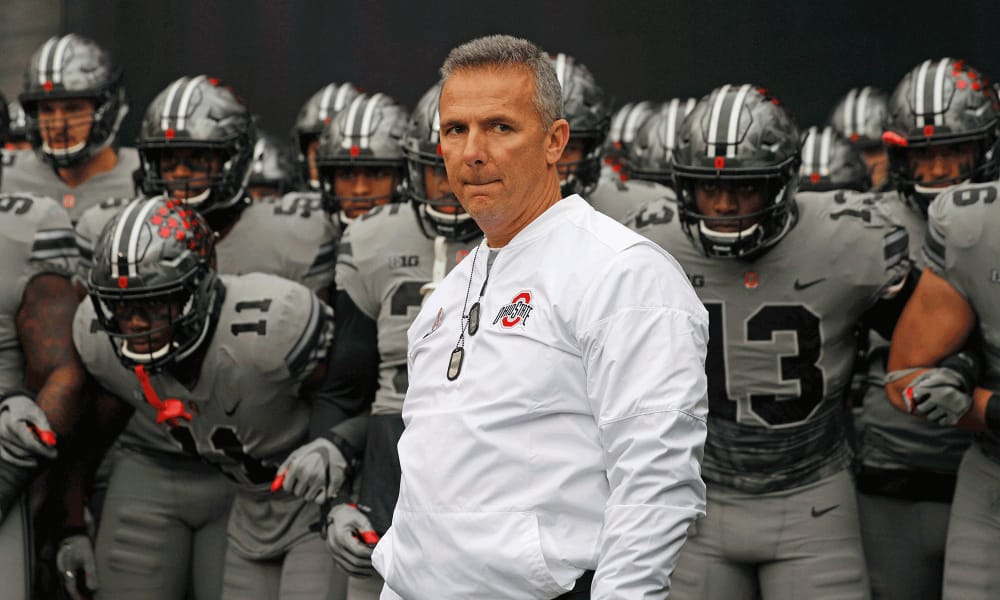 Urban Meyer and Ohio State will be under the lights on Sept. 29 against Penn State. (Joseph Maiorana/USA TODAY Sports)

COLUMBUS — The worst-kept scheduling secret in the Big Ten has been revealed: Ohio State will be visiting Penn State in primetime.

Considering the massive stakes involved with the two best teams in the conference and some of the classics the two programs have played over the last couple years, it was really a no-brainer for the broadcast to be slated when the most eyeballs can watch the showcase matchup. Throw in the Whiteout in the stands at Beaver Stadium, Urban Meyer returning for his first big test of the season after a suspension and the top-1o rankings and it adds up to must-see television.

Kickoff is scheduled for the Buckeyes and Nittany Lions at 7:30 p.m. The game will be broadcast by ABC.

This series has earned the right to always be a top-of-the-marquee, primetime affair. And in many ways, Ohio State was robbed thanks to the decision from FOX to protect its baseball interests and the World Series last year by not allowing the Horseshoe to host the program’s biggest home game last season. Of course, that’s not an issue in September, so the fired-up fans in white at Penn State won’t miss the opportunity that the Buckeyes did a year ago.

No matter when the game kicks off, it figures to be one of the best of the year. Both teams are again loaded with talent and capable of making a run at the College Football Playoff. And for Ohio State, the visit to Happy Valley probably represents the biggest hurdle left on the schedule this season coming off the win in Texas over TCU that established the program as a legitimate title threat.

There would obviously be an audience for this titanic clash any time of day. But night is where it belongs, and it’s back in that time slot officially now on Sept. 29.