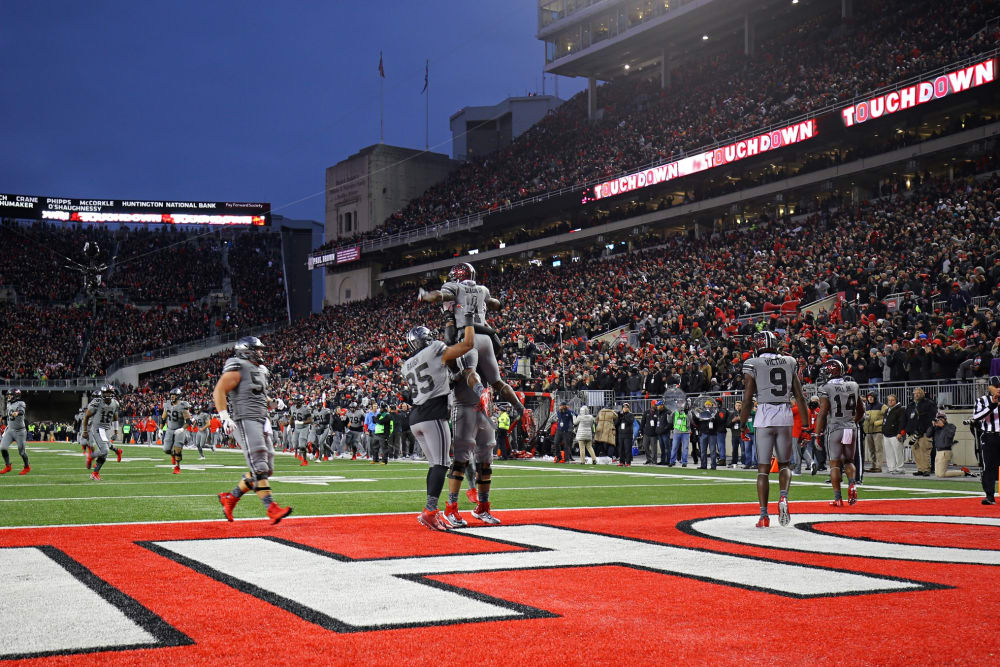 The Buckeyes kick off the program’s 129th season at noon against visiting Oregon State, as Ryan Day looks to earn his first win as acting head coach. The Beavers enter Ohio Stadium with coach Jonathan Smith steering the ship for the program in just his first season, along with a handful of other coaching changes on the staff.

If you’re heading to the stadium, watching on TV or listening on the radio, we have you covered here with all the information you could possibly need to not miss a minute of the action.

Weather: High of 87 degrees with 20 percent chance of rain

The line: Ohio State is a 37 point favorite, per The Action Network

The Ohio State-Oregon State game will be televised nationally on ABC.

How can I watch Ohio State-Oregon State online?

The Ohio State-Oregon State game can be watched online via WatchESPN.

How can I listen to Ohio State-Oregon State on the radio?

Paul Keels and Jim Lachey will have the call on 97.1 FM (WBNS) in Columbus along with sideline reporter Matt Andrews. A full list of Ohio State football radio affiliates can be found here.