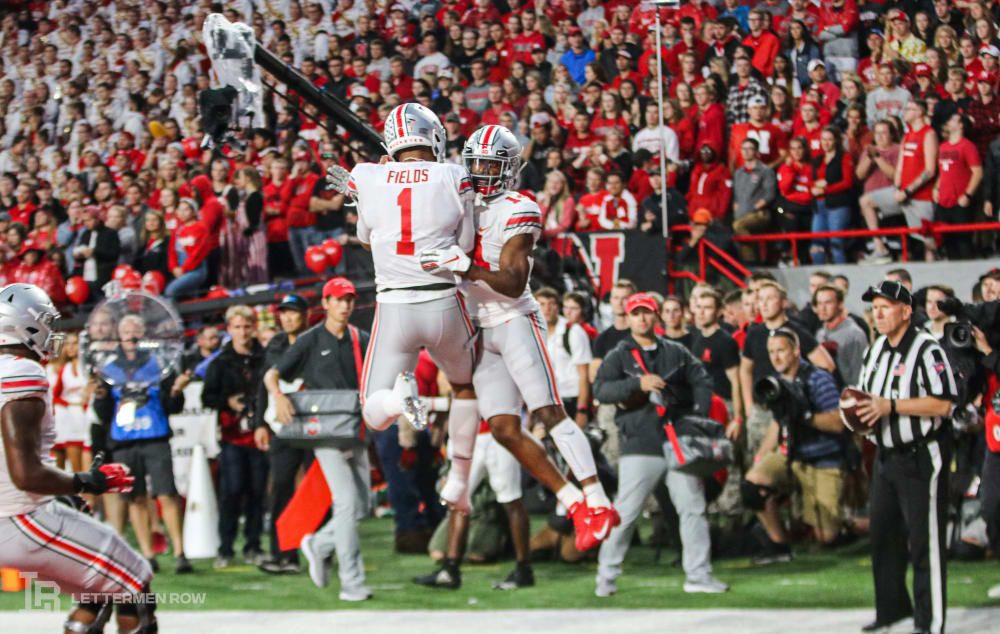 Justin Fields and the Buckeyes are a home favorite against Michigan State. (Birm/Lettermen Row)

COLUMBUS — Ohio State had plenty of questions around the program entering the season.

Well, most of those have been put to bed, and after the latest answered question in a primetime road win over Nebraska, the Buckeyes will enter their first home night game of the season as a 17-point favorite over Michigan State, according to VegasInsider.com.

The Buckeyes have opened as a double-digit favorite in all six games so far this season.

Ohio State decimated an upstart Nebraska team that seems to be on the rise on Saturday night in Lincoln. Behind two first-half interceptions by Jeff Okudah and a dominant defensive performance, the Buckeyes shut Cornhuskers quarterback Adrian Martinez down. And after another masterpiece from Justin Fields and the Ohio State offense, the Buckeyes silenced an electric crowd for the Cornhuskers.

But the goal for the season wasn’t just to beat Nebraska. The Buckeyes have big plans for the rest of the season, and the primetime road win was just another step. At the same time, Ohio State coach Ryan Day will enjoy the win before prepping for the Spartans.

“Any time you go on the road and have to win a night game, we know it’s not easy in this conference,” Day said. “That’s just one other game. We’re 1-0 on Saturday night, and that’s the goal. We regroup tomorrow and we’re after Michigan State.”

The Spartans, meanwhile, will come to Columbus as an underdog fresh off a last-minute win over Indiana. Michigan State quarterback Brian Lewerke had 300 passing yards and three touchdowns for the Spartans, who improved to 4-1 on the season. The Spartans are 2-0 in Big Ten play.

Ohio State is 4-1 against the spread this season. The Buckeyes lone failure to cover came in the season opener against Florida Atlantic. Michigan State is 2-3 against the spread, and the Spartans didn’t cover last week against Indiana.