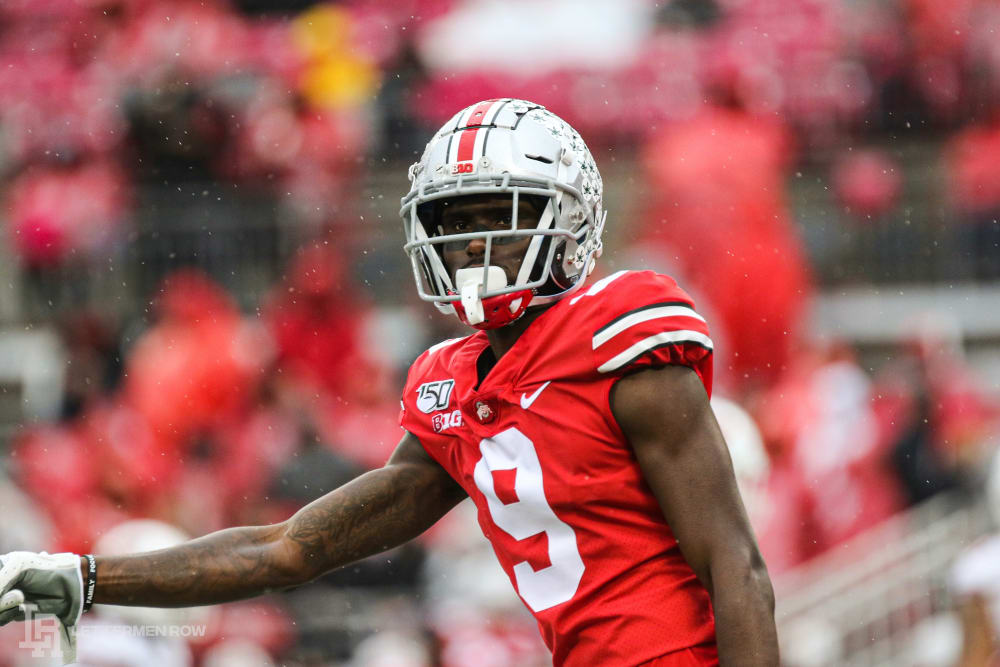 Ohio State will be a huge favorite against Maryland on Saturday. (Birm/Lettermen Row)

COLUMBUS — Ohio State has been dominant through eight games this season, and it seems like Las Vegas is finally adjusting.

The Buckeyes have rolled each of their first eight opponents by more than 20 points, and they are expected to do the same Saturday against Maryland.

Ohio State opened as a huge 44-point favorite over the Terrapins for their matchup in Ohio Stadium, according to VegasInsider.com.

Ohio State has been a double-digit favorite in every game this season.

After their second off week of the season, the Buckeyes should have two tune-up games before showdowns with Penn State and Michigan. The first step in capping off a perfect regular season will be a home matchup with the Terrapins, who were rolled by Michigan on Saturday in their home stadium.

The Buckeyes (8-0, 5-0 Big Ten) are a bit banged up, but that hasn’t mattered, even against a tough Wisconsin team at the end of October. The off week was a good time to get healthy and fine-tune the playbook. The matchup with Maryland should prove as an easy Ohio State win to open November. The Terrapins (3-6, 1-5) were ranked after Week Two, but their season has gone all wrong since then. No matter the opponent, Ohio State is treating it like business as usual.

“I think all it means is that you have a lot more to lose if you let it get away from you,” Ohio State coach Ryan Day said. “That’s it. And the more this builds, the more we have to lose. So we’re not going to get anxious about that or anything like that. But at the same time, we also know that we’ve got a bigger bull’s eye on our chest week-in and week-out. We have to work harder and harder and we’re more and more invested every week.”

And that’s why Ohio State is such a heavy favorite. The Buckeyes have shown few flaws through eight games on their way to a top-five ranking and have stayed focused. The Terrapins have shown plenty of flaws under first-year coach Mike Locksley.

Poll Watch: Ohio State stays in playoff position after off week
Five Questions for Buckeyes after off date, ahead of Maryland matchup
Advertisement