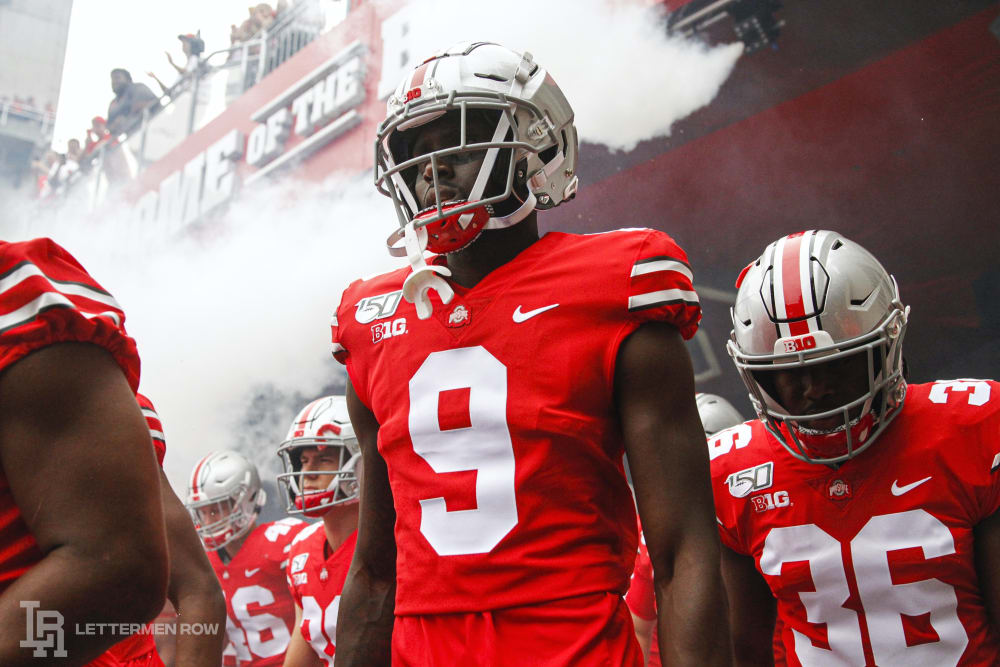 Ohio State wide receiver Binjimen Victor and the Buckeyes will be favored over Cincinnati. (Birm/Lettermen Row)

COLUMBUS — After opening the season with an inconsistent win over Florida Atlantic, Ohio State opens as a 16.5-point favorite over in-state rival Cincinnati on Saturday in Columbus, according to VegasInsider.com.

The Buckeyes beat Florida Atlantic 45-21 in Columbus on Saturday, but failed to cover the spread. The Bearcats, meanwhile, beat UCLA last week.

And although the Buckeyes are heavy favorites with a line that may climb higher than the current 16.5-point spread, coach Ryan Day knows the challenge in facing former Ohio State defensive coordinator Luke Fickell.

“We’ve got a really good team coming in here next week who is well coached,” Day said. “You guys know Luke [Fickell] and those guys are going to be prepared, so we have our hands full. But the good news is we have a lot to learn from [Florida Atlantic].”

While the Buckeyes were still preparing for Florida Atlantic, Fickell and the Bearcats pulled off a home win over PAC-12 opponent UCLA for the second straight year. Cincinnati has 10 days off to get ready before it comes to Columbus, but some of the Buckeyes were watching that first game from afar.

For full coverage of the Ohio State Buckeyes as they gear up for Indianapolis, stick with Lettermen Row all week long. Our staff will be at every media availability, and both press conferences with Urban Meyer can be streamed live right here and across all social platforms.